Money laundering has been addressed in the UN Vienna 1988 Convention Article 3.1 describing Money Laundering as:

“the conversion or transfer of property, knowing that such property is derived from any offense(s), for the purpose of concealing or disguising the illicit origin of the property or of assisting any person who is involved in such offense(s) to evade the legal consequences of his actions”.

Money laundering is a process which typically follows three stages to finally release laundered funds into the legal financial system. 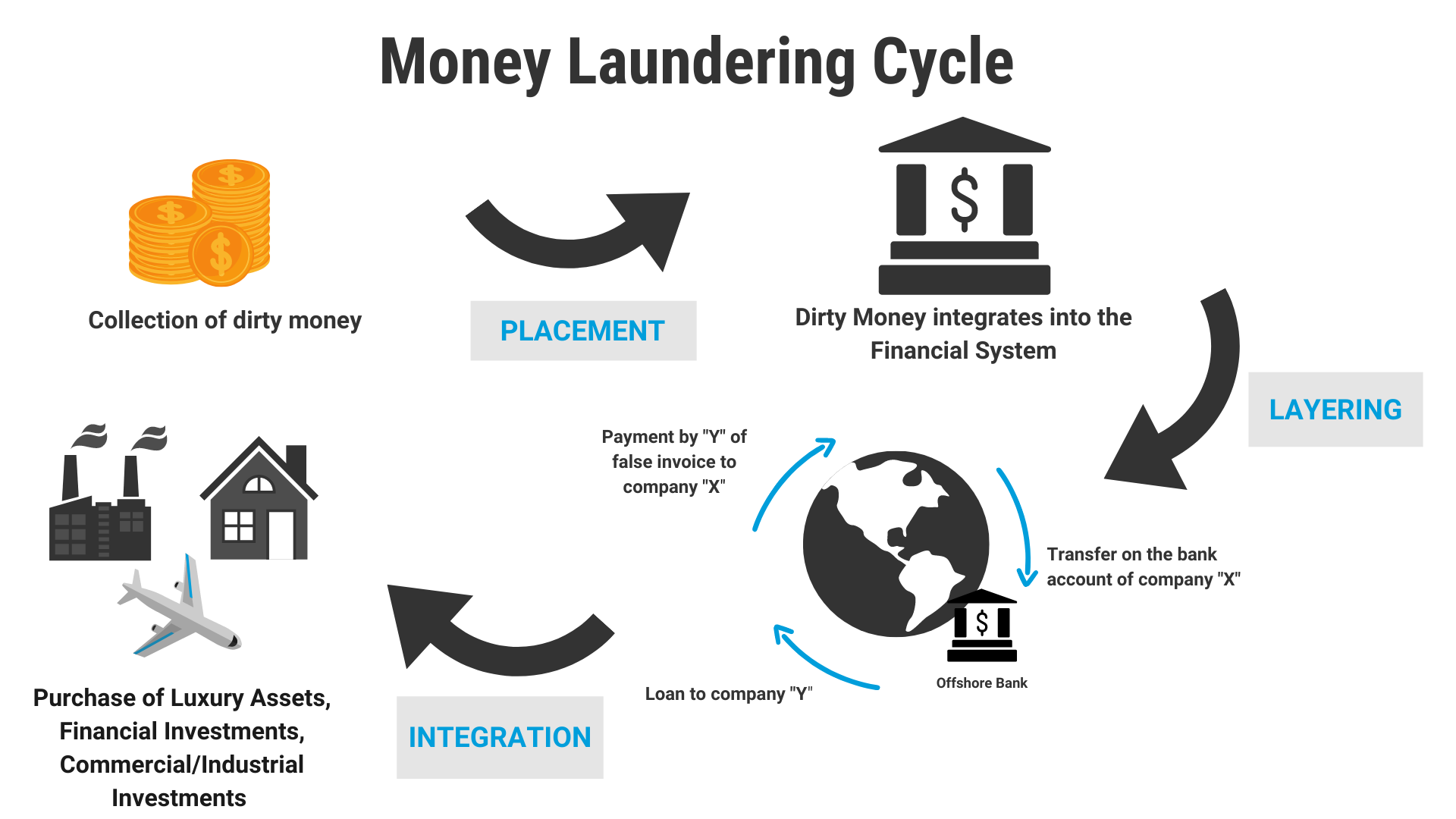 In reality money laundering cases may not have all three stages, some stages could be combined, or several stages repeat several times. For instance, Cash from drug sells is divided into small amounts then they are deposited by “money mules” and afterwards transferred as payment for services to a shell company. In this case the placement and layering are done in one stage.

The estimated amount of money laundered globally in one year is 2 - 5% of global GDP, or $800 billion - $2 trillion in current US dollars. Due to the clandestine nature of money-laundering, it is however difficult to estimate the total amount of money that goes through the laundering cycle.

While a money laundering scheme is usually circular and the money eventually ends up with the person who generated it, a terrorist financing process is typically linear, and the money generated is used to propagate terrorist groups and activities.

It can be divided in following stages:

Generally speaking, proliferation is the spread of nuclear, radiological, chemical or biological weapons; their means of delivery such as missiles, rockets and other unmanned systems, as well as related materials, such as WMD-sensitive materials, equipment and technology. If appropriate safeguards are not established, maintained and enforced sensitive materials, technology, services and expertise can become accessible to individuals and entities seeking to use them in WMD programmes. They can also become accessible by terrorists who are pursuing chemical, biological, radiological or nuclear (CBRN) capabilities.

While there is no internationally agreed definition for proliferation financing yet, it can be described as providing financial services for the transfer and export of nuclear, chemical or biological weapons; their means of delivery and related materials. It involves the financing of trade in proliferation sensitive goods, but could also include other financial support to individuals or entities engaged in proliferation.

The financial elements of a WMD programme can be divided into three stages: