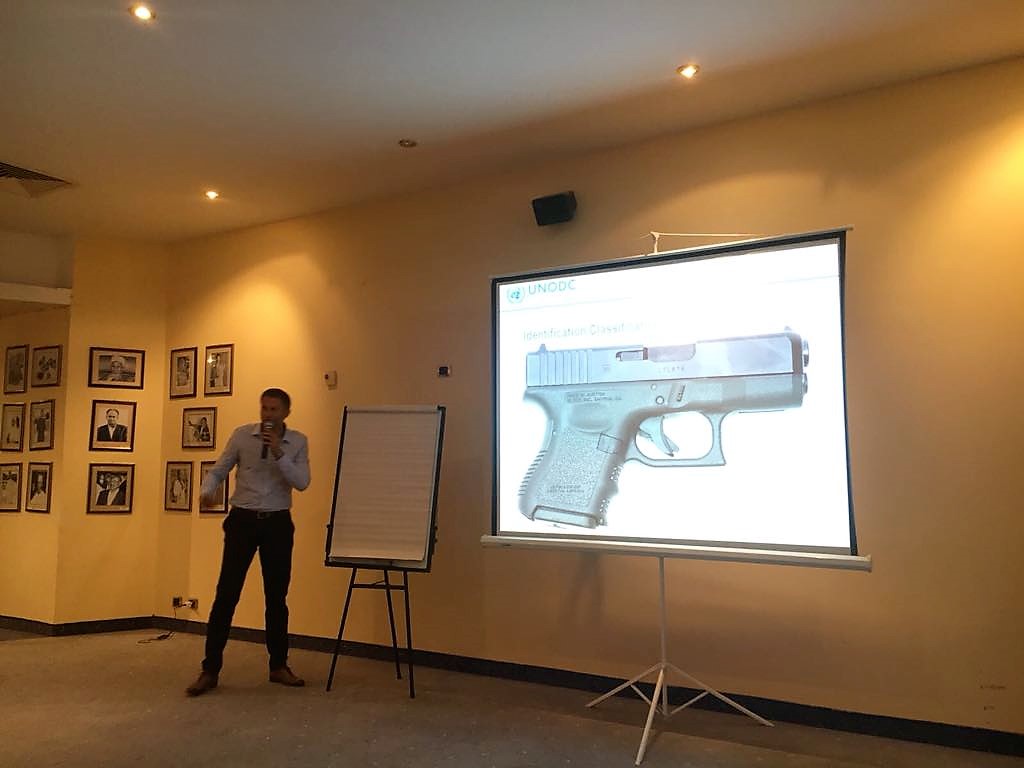 From 9 to 13 July 2018, UNODC's Global Firearms Programme (GFP) organized a training for Chadian officials on the investigations and prosecution of illicit firearms trafficking cases. The training took place in N'Djamena and benefited more than thirty officials from the ministry of justice -including prosecutors and judges-, judicial police, national police, gendarmerie, armed forces, customs as well as civil society.

During the training, UNODC and national experts covered different aspects linked to the investigation and prosecution of illicit firearms trafficking and related offences. During the week-long activity, participants benefited from practical exercises on the detection of firearms in vehicles at land border crossings -including the development of local risk indicators-, as well as on the identification and tracing of firearms for investigation purposes. Participant's highlighted the importance of sharing good practices across different organizations that often work together. 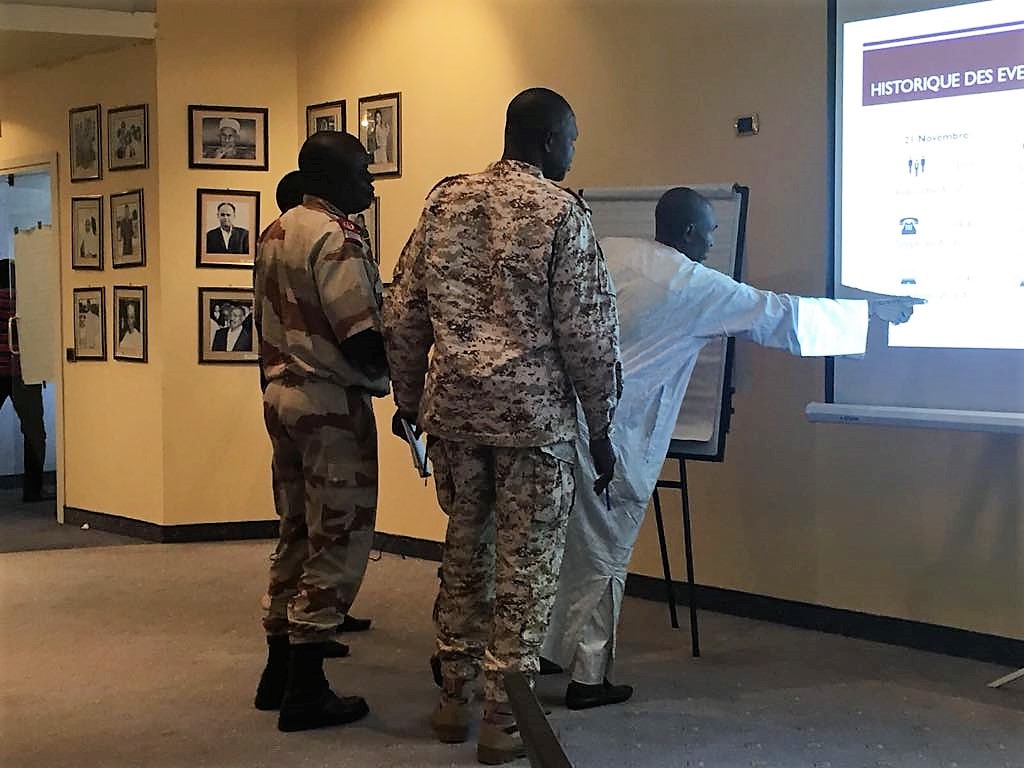 Since 2011, the GFP has worked with countries in the Sahel region in order to reinforce national and regional capacities in the fight against illicit firearms trafficking, including on prevention terrorist from acquiring weapons. These training activities contribute directly to African Union's "Silencing the Guns Continental Plan of Action on the Control of Illicit SALW (2018-2020)", supporting the implementation of the AU's Master Roadmap of Practical Steps to Silence the Guns in Africa by the year 2020.

On the last day of the training, during the closing ceremony, General Police Inspector Didam Malandjigue Talansadi, representing the Ministry of Territorial Administration, Public Security and Local Governance, highlighted the importance of continued capacity building to support the country's efforts in the fight against illicit firearms trafficking. Police Commissioner Ali Tolly, the country's focal point on small arms and light weapons, welcomed the GFP efforts and interest in expanding it to other cities. On her part, the German Ambassador in Chad, Mrs. Gabriella Guellil, recalled that these training activities contribute to the fight against firearms trafficking in the overall Sahel region and to the implementation of the AU's Silencing the Gun's initiative. 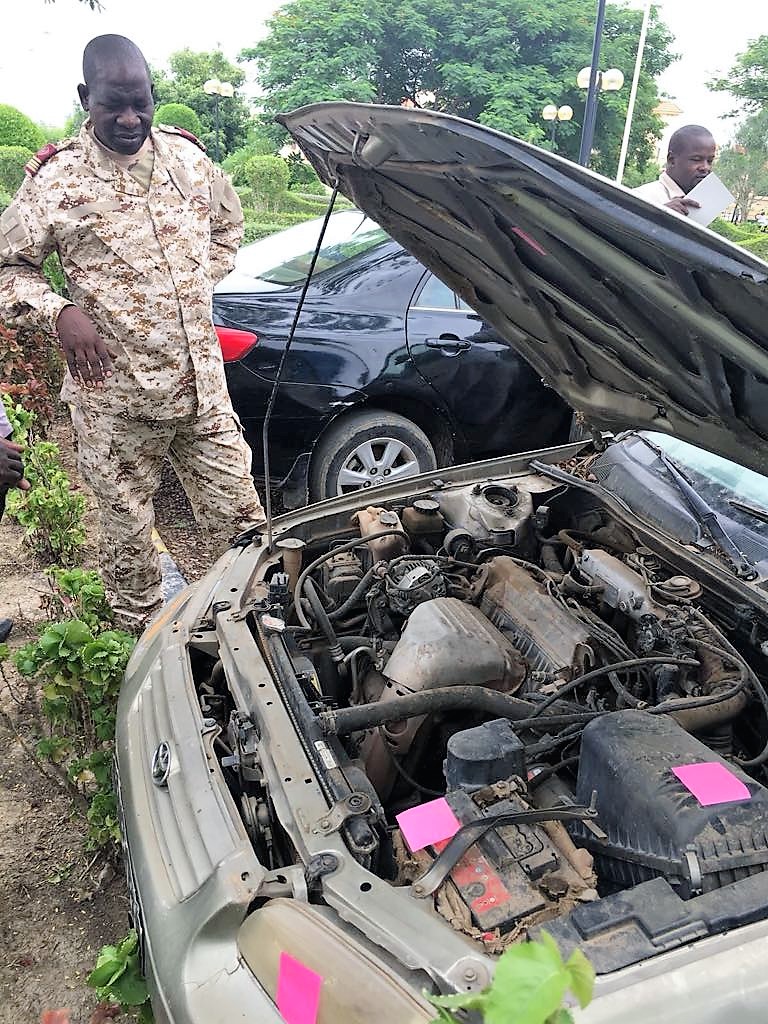