On 23- 26  March 2015 the United Nations Office in Drugs and Crime, UNODC hosted a Cross- Regional Meeting titled "Sharing of Good Practices in Countering Illicit Manufacturing and Illicit trafficking in Firearms and its Link to transnational Organized Crime, Lessons Learned from the Global Firearms Programme- GLOX34". The meeting was carried out in the framework of the Global Firearms Programme funded by the European Union and partially the Governments of Japan through its contribution to the Sahel Programme. 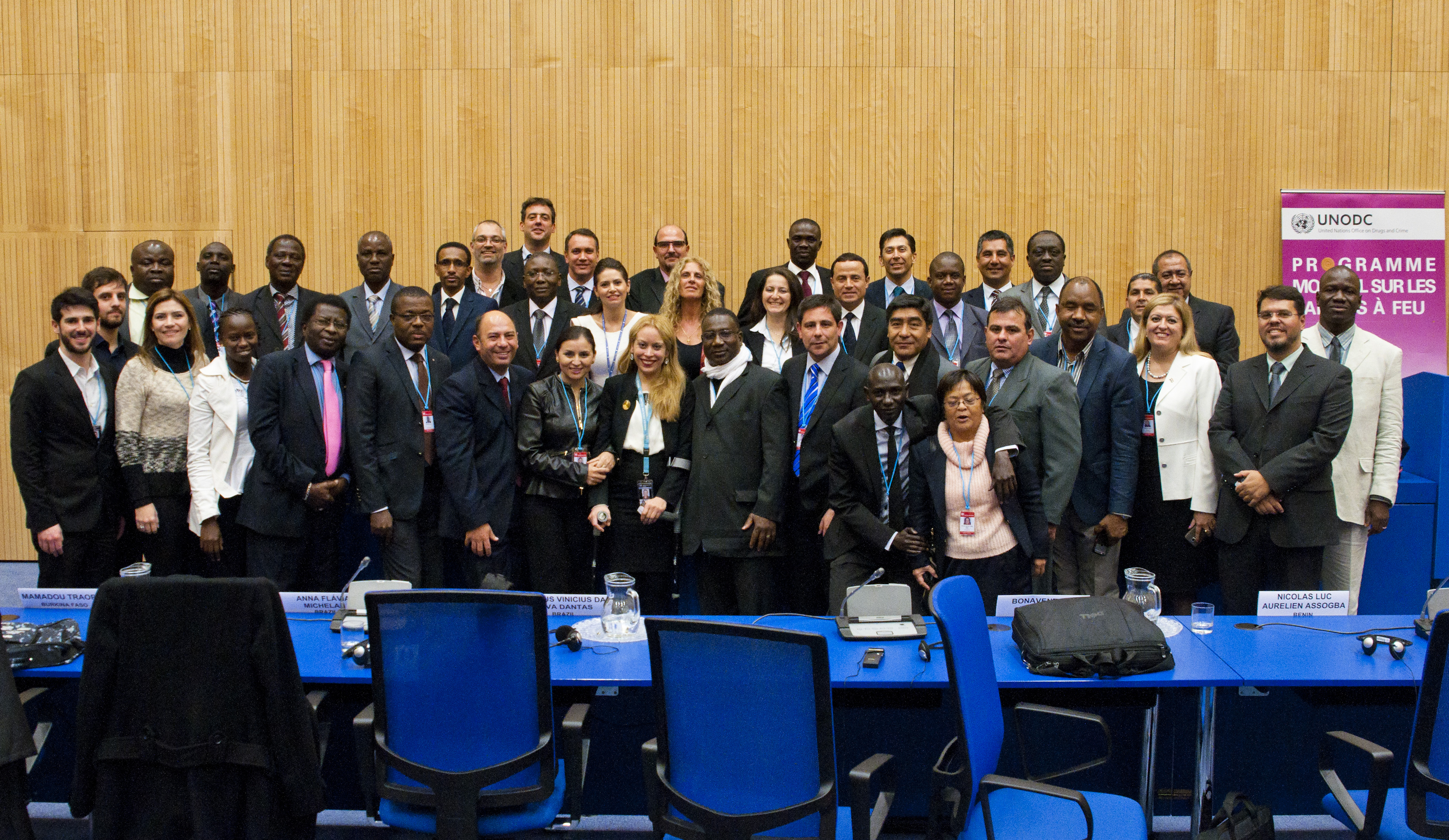 The meeting was opened by Mr. Tofik Murshudlu, Representative of UNODC Organized Crime and Illicit Trafficking Branch and Ms. Dominika Krois, Representative of the European Union Delegation in Vienna. The meeting brought together 32 firearms control authorities and criminal justice practitioners from 19 countries representing South America and the Sahel-Saharan region.

The meeting facilitated the discussions on the similarities and differences of the firearms trafficking situation in the two regions. It also examined concrete experiences in the areas of legislative development; marking, record keeping collection and destruction of firearms; investigation and prosecution of firearms related crimes and their links to organized crime; good practices in law enforcement and judicial cooperation; as well as data analysis on firearms trafficking. The meeting considered ways to further facilitate regular exchanges of good practices among practitioners.