From 28 November to 2 December 2016, UNODC, through its Global Firearms Programme, continued its series of trainings to strengthen the criminal justice response of West and Central African law enforcement and criminal justice officers to firearms trafficking and other firearms related crimes. Having organised similar training sessions this year in N'Djamena, Chad, and in Nouakchott, Mauritania, this third training course on the investigation and prosecution of firearms related offences took place in the "Ecole de Maintien de la Paix Alioune Blondin BEYE" in Bamako, Mali. The training was opened by H.E. the Minister of Security and Civilian Protection, Mr. Salif Traoré, and closed by the President of the Malian National Commission on the Fight against Small Arms and Light Weapons, General de Brigade Coulibaly Kani Diabate, who both underlined the importance of the training and the fight against the illicit proliferation of and trafficking in firearms for Mali. 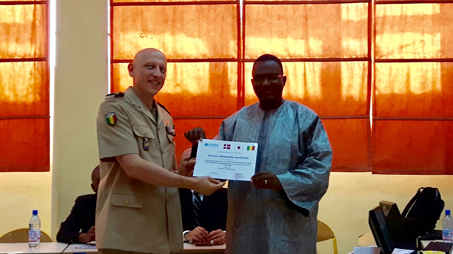 During the five-day training, 22 Malian officers of the different law enforcement agencies (such as the police, gendarmerie, rangers, water and forest brigade and customs), members of the Malian criminal justice apparatus (such as investigative judges of the Malian specialised judicial jurisdiction on terrorism and organised crime and prosecutors), members of the central drug office as well as selected civil society representatives were trained on the identification and classification of firearms, measures to prevent their trafficking, crime scene management, intelligence management, investigation techniques and firearms tracing. The training also served to strengthen understanding of the main legal instruments on combatting transnational organized crime including the United Nations Convention on Transnational Organized Crime and its supplementing Firearms Protocol. Mali ratified the UNTOC in April 2002 and was globally the first country to become State Party to the Firearms Protocol after ratification in May 2002. An additional focus was set on exploring and addressing opportunities and challenges regarding international cooperation in criminal matters at the level of the police as well as the judiciary. 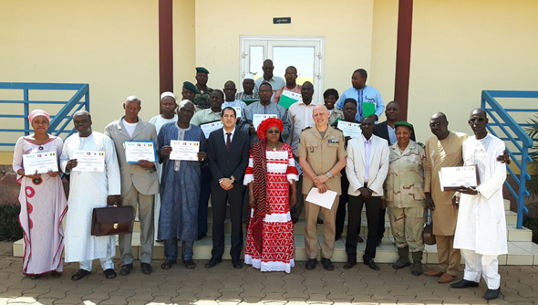 Participants benefitted from the expertise and experience of several international and regional training facilitators, including from Burkina Faso, Canada and Niger, staff of the UNODC and the United Nations Multidimensional Integrated Stabilization Mission in Mali (MINUSMA) as well as the National Central Bureau of Interpol.
Based on a combination of theoretical and practical sessions, this inter-institutional training provided participants an insight into all steps of an effective criminal justice response to arms trafficking and allowed them to gain and deepen insights into the roles and responsibilities of the different authorities of the national criminal justice apparatus and to exchange on their respective expertise and experiences.
The training course was developed under the capacity building pillar of the Global Firearms Programme, carried out in the framework of UNODC's Sahel Programme and supported by the Governments of Denmark and Japan.