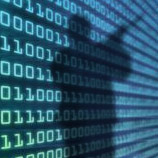 10 June 2009 - Terrorism poses a major threat to international peace, security and stability. It is a scourge that threatens all countries and all people and therefore requires a global response. In an effort to help coordinate this response, UNODC has created a comprehensive database containing counter-terrorism conventions, national criminal laws and case laws relevant to terrorism.

National authorities can access model laws, legislative guides and other legal tools to assist in adopting the legislation necessary to implement the global legal framework against terrorism.

Users can also monitor the status of ratification of the universal legal instruments against terrorism by means of a searchable ratification database. The database interface is already available in English, French and Spanish, and will become available in Arabic, Chinese and Russian in the coming weeks.

The core segment of the database is composed of national legal resources. Originally conceived as a tool to facilitate the identification of relevant national counter-terrorism legislation, the databse currently includes legislation from more than 190 countries. Legislative provisions are grouped into various categories relevant to the universal legal framework against terrorism including substantive penal law provisions, procedural criminal law, relevant constitutional provisions, bilateral and multilateral treaties and case law. The use of various search options provides a powerful tool for comparative legal analysis and the identification of relevant examples.

The section on additional legal resources provides links to other databases, model laws, treaties and practical guides developed by United Nations bodies and other international organizations. These are designed to assist States in the legislative drafting process as well as in the elaboration of treaties and laws on international cooperation.

The legislative database is part of a global project called "Strengthening the legal regime against terrorism". Launched by UNODC in 2003, the project provides a framework for the delivery of mandated counter-terrorism technical assistance. During the initial phase of the project, assistance delivery was mainly focused on ratification and legislative incorporation of the relevant counter-terrorism instruments. The project has progressively evolved to assist national criminal justice systems in implementing the provisions of these instruments in compliance with rule of law and human rights.

With support from 21 donor States, UNODC has provided national level direct assistance to 124 countries and assisted a total of 164 countries through thematically focused activities. It has provided briefings and training to more than 8,000 national policymakers and criminal justice officials.