Why does cannabis potency matter? 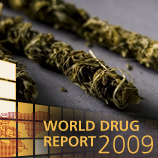 29 June 2009 - Of the many people worldwide who use cannabis, also known as marijuana, very few understand the increase in its potency over the years. Cannabis has changed dramatically since the 1970s. New methods of production such as hydroponic cultivation have increased the potency and the negative effects of tetrahydrocannabinol (THC), the most psychoactive of the chemical substances found in marijuana. It is important to understand cannabis potency because of its link to health problems including mental health.

The amount of THC present in a cannabis sample is generally used as a measure of cannabis potency. One of the most comprehensive studies, conducted by the European Monitoring Centre for Drugs and Drug Addiction (EMCDDA) in 2004, concluded that a modest increase in aggregate cannabis potency had occurred, possibly attributable to the use of intensive indoor cultivation methods. The authors of the study noted that, nonetheless, THC content varied widely.

While a United Kingdom Home Office study in 2008 found little change in cannabis potency: samples of sinsemilla cannabis from 2008 had a median potency of 15 per cent, compared with 14 per cent for samples from 2004/5. Long-term increases have been reported in the United States, with an average potency of 10 per cent reported in 2008.

There are several methodological factors that influence the ability to generate comparable data and infer trends with respect to cannabis potency. Important variables to be considered include the phytochemistry, the type of cannabis product, cultivation method, sampling and stability.

As detailed below, each of these factors can affect the measurement of cannabis potency.

Plant part used: The secretion of THC is most abundant in the flowering heads and surrounding leaves of the cannabis plant. The amount of resin secreted is influenced by environmental conditions during growth (light, temperature and humidity), sex of the plant and time of harvest. The THC content varies in the different parts of the plant: from 10-12 per cent in flowers, 1-2 per cent in leaves, 0.1-0.3 per cent in stalks, to less than 0.03 per cent in the roots.

Product type: There are three main types of cannabis products: herb (marijuana), resin (hashish) and oil (hash oil). Cannabis herb comprises the dried and crushed flower heads and surrounding leaves. It often contains up to 5 per cent THC content. However, sinsemilla, derived from the unfertilized female plant, can be much more potent. Cannabis resin can contain up to 20 per cent THC content.

The most potent form of cannabis is cannabis oil, derived from the concentrated

resin extract. It may contain more than 60 per cent THC content. The increase in market share of a particular product type can influence the reported average potency values. For example, the rise to an average 10 per cent CH content in samples seized in 2008 as reported by the United States Office of National Drug Control Policy is attributed to the fact that high potency cannabis (presumably indoor-grown) has gained a 40-per-cent share of the market.

Cultivation methods: The cannabis plant grows in a variety of climates. The amount and quality of the resin produced depends on the temperature, humidity, light and soil acidity/

Sampling: Most data on cannabis potency are derived from the analysis of seized samples. This means that those samples must be representative of the entire seizure so that inferences and extrapolations can be made.

Stability: THC is converted to cannabinol on exposure to air and light. This process reduces the THC concentration, especially in old samples which have not been stored under suitable conditions (that is, a cool, dark place). It is believed that claimed increases in the potency of cannabis preparations confiscated in the United States over a period of 18 years may not adequately take into account the issue of the stability of THC in older samples.

Only through careful examination of these factors can we make a more systematic, scientific and comparable assessment of cannabis potency in different places and over time.