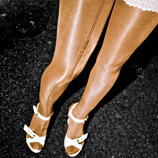 25 November 2009 - As the world marks the International Day for the Elimination of Violence against Women, UNODC is drawing attention to how human trafficking fuels violence against women.

In its Global Report on Trafficking in Persons UNODC revealed that two thirds of the identified victims of trafficking were women.

In his message for the day, Secretary-General Ban Ki-moon stressed that whether the crime against women is rape, domestic violence, genital mutilation or trafficking for sexual exploitation, it is inexcusable and must be stopped.

Human trafficking is, indeed, one of the worst forms of violence against women and girls. Traffickers may use violence to intimidate and subdue the victims. Once recruited, the women usually find themselves in situations with severely curtailed freedoms. Many times they suffer extreme physical and mental abuse, including through rape, imprisonment, forced abortions and physical brutality at the hands of their so-called "owners". The victims become isolated, losing ties with their former lives and families.

With a better understanding of why women in particular are vulnerable to trafficking and how traffickers operate, and by providing the necessary legal and technical assistance to ensure that effective countermeasures are in place, this crime can be stopped.

Violence against women does not only concern women. It concerns everyone, and the work to combat it must be done by all. Women around the world are the linchpin keeping families, communities and nations together. Eliminating gender discrimination and gender-based violence will enhance the dignity and human rights of women and girls and help prevent their being trafficked.

Addressing human trafficking cuts across all fundamental issues. It is about human rights, peace and security, development and family health. In the most basic sense, it is about preserving the fabric of society. We all have a role to play, either in raising awareness, building partnerships, providing information, protecting victims or bringing the criminals to justice.

This year, as part of the UNiTE campaign, the Secretary-General started the UNiTE Network of Men Leaders to End Violence against Women. The Network consists of men - young and old - who have pledged to work to end violence against women and girls. These men will add their voices to the growing global chorus for action, and each has pledged to take concrete steps in his community of influence and create partnerships with women to end this violence.