"Lives are for sale in Europe", warns UNODC 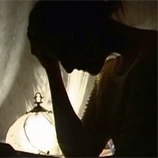 16 October 2009 - Fewer people are convicted for human trafficking in Europe than for rarer crimes like kidnapping. Only 9,000 victims were reported in 2006, a figure about 30 times smaller than the total estimated number of people trafficked.

"Perhaps police are not finding the traffickers and victims because they are not looking for them", said UNODC Executive Director Antonio Maria Costa.

In the run up to EU Anti-Trafficking Day on 18 October, UNODC has issued a report based on the Global Report on Trafficking in Persons (launched in February 2009), which shows that trafficking in persons is an under-detected crime in Europe. Along with the new report, a training video for trainers of criminal justice officials (prosecutors, judges, law enforcement officers) and other specialized audiences is also available.

The information in Trafficking in Persons: Analysis on Europe shows that a great deal of people are being trafficked within the European Union, both domestically and regionally (predominantly from South-Eastern Europe to Western Europe). European victims represent just a fraction of the total number of victims detected in Europe. Recent trends show a marked increase in victims from China and countries in Central Asia.

Most of the victims of human trafficking identified in Europe are young women who have been trafficked for sexual exploitation. Around 10 per cent of trafficking victims in Europe are children. Cases have also been detected of men who have been forced to work in construction and agriculture. "Lives should not be for sale or for rent on a continent that prohibits slavery and forced labour, and prides itself on upholding human dignity", said Mr. Costa.

Most of the prosecuted traffickers are locals, predominantly men. When foreign traffickers are involved, they are often of the same nationality as the victims. Curiously, for a crime where most victims are women, the number of prosecuted female offenders is higher for human trafficking than for other crimes. "We need to better understand why people traffic their kin, and why women exploit other women", said the head of UNODC.

On a positive note, the report shows that in the past six years, in other words since the Protocol to Prevent, Suppress and Punish Trafficking in Persons, Especially Women and Children, came into force in December 2003, most European countries have criminalized trafficking for the purpose of sexual exploitation and forced labour.

Trafficking in Persons: Analysis on Europe