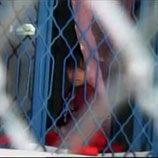 26 April 2010 - In Afghanistan, hundreds of women sentenced to serve prison terms have no choice but to take their children along. Many suffer from the complications of raising young children behind bars in addition to the challenges of life in prison.

A video feature produced by United Nations Television looks at the lives of such women and their children in the first female-only prison in Kabul, which was built with the support of UNODC.

The Government of Afghanistan now recognizes the special needs of women prisoners and has taken steps in the right direction by making major improvements such as the employment of female guards. However, the issue of children behind bars remains.

At the Twelfth United Nations Congress on Crime Prevention and Criminal Justice, held recently in Salvador, Brazil, Member States adopted a declaration calling for greater scrutiny of the rules governing the treatment of prisoners and for stronger child protection laws.