One step closer to witness protection in Kenya 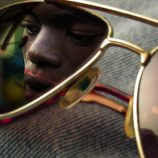 14 January 2010 - Witnesses to crimes committed during Kenya's tragic post-election violence have been threatened. In December, the brother of a material witness was killed in a case of mistaken identity. The climate of fear that results from the murder and intimidation of key witnesses not only directly affects ongoing prosecutions but prevents those who would come forward from stepping up. In order to confront such obstacles to justice and because of the involvement of the International Criminal Court, the Government of Kenya has made effective witness protection a priority and has asked UNODC to assist in these efforts. In end of 2009, draft amendments were finalized and sent to Parliament for debate in January 2010. UNODC remains ready to assist in Kenya in the implementation of witness protection once these amendments are enacted.

People who witness crime, corruption and human rights abuses play a crucial role in law enforcement efforts to bring the perpetrators to justice. Often, however, witnesses are intimidated, harmed and threatened with dire consequences to prevent them from speaking out. If measures do not exist to keep intimidated witnesses safe, criminals cannot be successfully prosecuted.

UNODC has been involved in assisting Governments, including Kenya, to build up effective witness protection programmes that ultimately help to prosecute offenders.

In Kenya, the Witness Protection Act of 2006 was adopted to respond to the difficulties the country had experienced over the years in investigating and prosecuting those involved in high-level corruption (e.g. the Goldenberg Case), in the 2007-2008 bout of post-election violence and in cases of terrorism (e.g. the bombings of the United States Embassy in Nairobi and of a hotel in Mombasa). The failure to successfully prosecute those responsible for these and other significant crimes has been largely due to the unwillingness of witnesses and victims to cooperate for fear of reprisal.

"In countries where witness protection programmes operate successfully, one finds that these programmes are greatly reliant on a well-oiled and operating criminal justice system. In African countries, like in most developing countries, the criminal justice system is usually under pressure to perform and greatly under-skilled and under-resourced. To ensure that witnesses are effectively protected in these countries, one needs to follow a more pragmatic approach as we need to find local solutions for local problems."

UNODC has been supporting the setting up a robust witness protection strategy in Kenya since 2008. Our UNODC adviser has been working in the State Law Office supporting the Acting Head of the Witness Protection Unit since March 2009. In implementing the 2006 Witness Protection Act, it was determined that significant amendments were needed. The main challenge has been to make the witness protection programme, presently under the Attorney General's Office, an independent agency that could seek its own funding and whose officers could carry arms.

With UNODC support, amendments to the Witness Protection Act and relevant regulations have been finalized and sent to the Parliament by the Attorney General. Approval by Parliament and the expedited enactment of the amendments are crucial to ensure that the witness protection programme in Kenya meets international standards.

At the conference, which was attended by representatives from 13 African and donor countries, awareness was raised at the national level of the importance of protecting witnesses as a means of fighting corruption, crime, terrorism and human rights abuses. Knowledge was shared about the different forms of protection that could be made available at each stage of the criminal proceedings through the exchange, between countries, of good practices. The work of the International Criminal Court and other special courts and tribunals was highlighted and the status of victim and witness protection in the region was reviewed.

Witness protection is part of the UNODC regional programme for Eastern Africa that was recently endorsed by 13 East African States. By responding to requests by participating States for help to develop effective witness protection programmes in the region, UNODC has an opportunity, with proper funding, to assist Eastern African countries effect critical interventions in the criminal justice system and address the preventable problems of corruption, crime and human rights abuses.