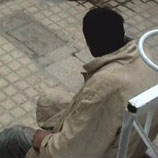 20 July 2011 - With 1.2 million drug-dependent users, the Islamic Republic of Iran has one of the most severe addiction problems in the world. Opiate addiction is equivalent to 2.26 per cent of the population aged 15-64 years. More than one fifth of them are injecting drug users. The Government of the Islamic Republic of Iran has been recognized as one of the pioneering countries in the region to offer opium substitution therapies, as well as running free HIV/AIDS prevention and treatment centres for drug users.

In order to witness interventions for drug users, UNODC Executive Director Yury Fedotov, on his first official mission to the Islamic Republic of Iran, today visited Pamenar, a drop-in centre in Tehran. The centre, which is run by a local non-governmental organization (NGO) called Rebirth Society, offers therapies and psychosocial support and facilitates self-help groups.

Speaking at the centre, Mr. Fedotov said: "Drug addiction is a global problem requiring joint interventions by communities, governments and international organizations. Drug use is a health problem, and drug users need treatment, care and social integration. I believe in placing a strong emphasis on safeguarding the health of all."

The head of UNODC recognized the efforts of hundreds of NGOs in the country that work with national authorities to provide drug treatment and rehabilitation services: "Drug treatment centres are helping over 150,000 individuals in communities and prisons, and providing sterile devices to over 50,000 injecting drug users annually through the Iranian Drug Control Headquarters, with support from NGOs." Mr. Fedotov congratulated the recovering drug users for the courageous steps they had taken to seek help, and expressed the hope that they would continue with their recovery process.

Mr. Fedotov noted that the UNODC country programme for the Islamic Republic of Iran for 2011-2014, which was launched in March 2011, aims to promote evidence-based approaches to public health, protecting individuals, families and communities from drug addiction and HIV. He added that under the new strategy, UNODC will strengthen national drug demand reduction efforts, HIV control and programmes to reduce the adverse effects of drug use through specific capacity-building and advocacy. 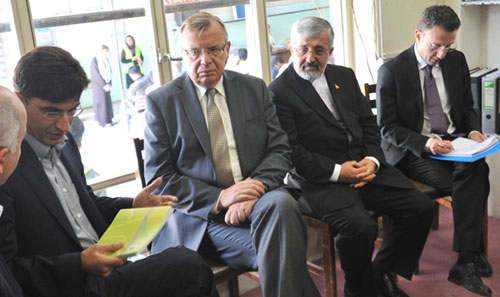 "In all these areas, actions will primarily target vulnerable groups.  They will be implemented in collaboration with a number of national and international partners," he said.

Mr. Fedotov expressed concern at the increasing incidence of abuse of amphetamine-type stimulants (ATS) in the country and encouraged the Ministry of Health to work with the Iranian Drug Control Headquarters, other relevant national institutions and UNODC in the near future to design a national strategy to tackle illicit production, trafficking and abuse of ATS.

Established in 2000, the Rebirth Society NGO won the United Nations Vienna Civil Society award in 2005. The NGO is supported by the Government and former drug users. To date, Rebirth has established 110 short-term residential centres in more than 26 provinces throughout the country, with an overall recovery capacity of over 100,000 people per year.

Akbar was the owner of a company with 37 employees and father to 3 lovely girls. At the age of 23, he tried opium for the first time. He believed that that the good profits of his company would allow him to buy as much opium as he liked, but then things changed.  He was depressed.  His life became dangerous, humiliating and painful. Addiction separated him from everything he had - a loving family, a comfortable home and a good career - and plunged him into a frightening underworld.

At 50, he was a drug user who had spent 27 years of his life in jail.  By then he was trying all types of drugs.

Akbar was just looking for a way to survive. He slept in cardboard boxes, desperately seeking help, when one of the outreach teams of Rebirth Society found him in a park and advised him to take a look at one of Rebirth's drop-in centres.

The following day he showed up at the centre, where a well-dressed and well-groomed person welcomed him and told him that he had been just like him. Akbar was incredulous when the man told him the story of his life, and cried, wishing that God would give him the strength to change his life and get off drugs.

A few days later, he went to Bahman camp, one of the short-term residential camps of the Rebirth society. He stayed there for nine months and finally kicked his habit. They helped him to reintegrate into society, and the support of the peers gave him succour to begin life anew.

Now 56, Akbar lives with his wife again, his daughters are married and he has four grandchildren. His family is proud of him - he is the manager of two drop-in centres and one camp run by the Rebirth Society.