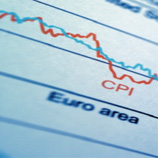 3 February 2012 - Crime may peak during economic crises, according to the UNODC report Monitoring the Impact of Economic Crisis on Crime. During periods of economic stress, the incidence of robbery may double, and homicide and motor vehicle theft also increase, according to the report.

Using data recorded by police in 15 countries on the incidence of robbery, homicide and car theft, the report focuses on the possible effects of economic stress, in particular during the global financial crisis of 2008-2009.  In 8 of 11 countries undergoing economic upheavals, a link between economic factors and crime could be clearly established.

While a consistent relationship between specific crimes and specific economic factors could not be established, the evidence shows that crime is linked to the economic climate. Such findings are consistent with criminal motivation theory, which suggests that economic stress causes an increase in criminal behaviour.  The available data do not, however, support the theory of criminal opportunity, which suggests that decreased levels of production and consumption may reduce some types of crime, such as property crime, by creating fewer potential crime targets.

"The presence of youth gangs, the availability of weapons and potential targets, drug and alcohol consumption and the effectiveness of law enforcement all play a significant role in enabling or restraining overall crime levels", the UNODC report states.

The report was prepared as part of the United Nations Global Pulse initiative on monitoring the impact of crises on vulnerable populations.

Secretary-General Ban Ki-moon has called for greater use of the latest real-time data tools and new technologies to facilitate development and predict crises. "Too often, by the time we have hard evidence of what is happening at the household level, the harm has already been done," the Secretary-General has noted.  His office manages the initiative, which brings together expertise from United Nations agencies, governments, academia and the private sector. "Rapid feedback will help us understand where people and communities are in trouble, how they are coping with global shocks and how to respond while there is still time to prevent harm", said Mr. Ban in November 2011.

Monitoring the Impact of Economic Crisis on Crime (pdf)