Making a dent in counterfeit goods and drug shipments 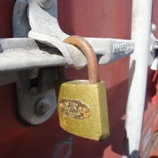 29 June 2012 - The Container Control Programme (CCP) - a joint UNODC/World Customs Organization project working to boost the inspection of containers and detect illicit goods - continues to have an impressive success rate, yielding positive results at an ever-increasing pace. Initially established to counter drug trafficking, the CCP has rapidly expanded to become a major tool in tackling fraudulent goods. Since its inception, the programme has led to the seizure of 487 containers of fraudulent and contraband goods alongside a further 195 containers of drugs, the latter comprising more than 60 tons of cocaine, 49 tons of cannabis and 807 tons of precursor chemicals used in the production of synthetic drugs. A number of other black-market goods have also been discovered, ranging from endangered species to stolen luxury cars to priceless cultural artefacts and archaeological treasures.

With more than 90 per cent of global trade transported by sea and over 500 million maritime containers moving around the world each year, smuggling via containers is an attractive avenue for criminals. However with only two per cent of all containers inspected, identifying illegal goods is a challenging task with criminal networks exploiting legitimate shipping routes to move illegal goods.

In responding to this, the CCP is making headway in tackling these illicit areas and is proving to be a veritable tool in responding to transnational organized crime. The importance that it holds as a major instrument in tackling fraudulent goods is clear. More than 75 per cent of all seizures by the CCP are in this area and the progress indicates the efforts to respond to this US$ 250 billion a year crime. In addition to the impact that fraudulent goods have on businesses, many of these items can be particularly harmful to consumers and can include items such as counterfeit medicines, sub-standard electrical goods and fake heavy-duty machinery.

The growth and importance of the CCP's work in acting against counterfeit goods has now been recognized by a major clothing and apparel manufacturer which has become the first private sector donor. This represents a key step in involving businesses with a vested interest in countering this aspect of a global crime. It offers a win-win situation for the private sector who's revenues and brands rely on tackling counterfeit goods.

The CCP's track record shows a marked impact on the detection of illicit goods. Following the introduction of the programme in South America, seizures in the CCP countries rose. Costa Rica and Guatemala for instance saw a 10-fold increase in container drug seizures, while in Panama the interception of cases of counterfeit goods jumped from just three to 121 - a more than 4,000 per cent climb. Similarly, between 2009 and 2010 no containers were found with precursor chemicals. However through the CCP, seizures between 2011 and now have so far totalled 22.

Speaking on these visible gains, UNODC Executive Director Yury Fedotov praised the success of the programme: "The global CCP has achieved and continues to achieve spectacular results, intercepting maritime shipments of illicit drugs, endangered species, counterfeit goods and stolen cultural artefacts. The effects of this work speak for themselves and with the expansion of this programme into more and more countries it will help the authorities' further tackle criminal networks."

Responding to the successes, WCO Secretary General Kunio Mikuriya underscored the value of the joint initiative: "The catalogue of successful seizures being made under the UNODC/WCO Container Control Programme is clear evidence that the training of Customs officials and other law enforcement agents is paying welcome dividends. In fact, the CCP is a best practice example of what two organizations can achieve through close international cooperation that is well coordinated."

The CCP presently has 28 operational port control units across 14 countries. Located in major illicit drug producing regions, as well as maritime trade routes for the transhipment of illicit drugs, precursor chemicals and counterfeit goods, the programme continues to assist in improving national and international container security and cooperation.