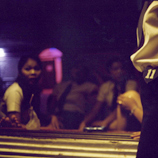 27 September 2012 - On the occasion of World Tourism Day, marked today, UNODC Executive Director Yury Fedotov highlighted the important role that the tourism industry can play in combating human trafficking for sexual and other exploitation. The World Tourism Organization's Global Code of Ethics for Tourism calls on governments to combat exploitation through the national legislation of both the countries visited and the countries of the perpetrators of these acts, even when such acts are carried out abroad.

"Victims of trafficking are most often enslaved for sexual purposes, but they might also be found in kitchens or cleaning guesthouses, restaurants and bars. Tourism infrastructure can create markets for forced and exploitative begging, street hawking and other illegal activities," explained Mr. Fedotov.

According to the World Tourism Organization (UNWTO), 1 billion tourists, or one seventh of the world's population, will travel abroad in 2012, and the tourism sector is expanding. While this expansion drives economic growth, job creation and development, there is evidence that tourism infrastructure is also being used for the exploitation of and trafficking in persons.  Children are especially vulnerable.

As the guardian of the United Nations Convention on Transnational Organized Crime and the Protocol to Prevent, Suppress and Punish Trafficking in Persons, Especially Women and Children, which supplements the Convention, UNODC offers practical help to Member States to fight human trafficking for sexual exploitation, including within the tourism industry. The Office helps governments to draft laws and create comprehensive national anti-trafficking strategies, and assists with resources in implementing them.

In India, the Ministry of Tourism, UNODC, the private sector and Save the Children jointly developed and adopted in 2010 a national code of conduct for safe and honourable tourism, based on the Global Code of Ethics for Tourism of UNWTO. The Indian code of conduct is aimed at ensuring that no one involved in the hospitality industry is forced to use drugs or is sexually exploited. Taxi drivers, tour guides and event organizers are called on to adopt measures to protect tourists, as well as locals, and report employees who are found to be involved in exploiting others. The Code also warns against treating victims of exploitation as criminals, making sure that they are offered care, protection and legal and medical attention.

In the Greater Mekong subregion in South-East Asia, UNODC, together with INTERPOL, is implementing Project Childhood, a four-year initiative that enhances law enforcement capacity for national and transnational action to identify and prosecute travelling child-sex offenders in the region. The project, funded by Australia, is being carried out in Cambodia, the Lao People's Democratic Republic, Thailand and Viet Nam.

UNODC and UNWTO signed a memorandum of understanding in April to step up cooperation against exploitation in the tourism industry. They will work together in areas of mutual interest, including the unlawful acquisition of cultural artefacts, the enhancement of private sector anti-corruption policies and, crucially, the prevention of human trafficking within the tourism sector.

World Tourism Day was established to create awareness among the international community of the importance of tourism and its social, cultural, political and economic value. The event is aimed at addressing global challenges outlined in the Millennium Development Goals and highlighting the contribution the tourism sector can make in reaching these goals.