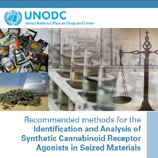 1 July 2013 - The 2013 World Drug Report released last week highlighted that new psychoactive substances (NPS) - the so-called legal highs - have become a growing public health concern in recent years with significant increases globally in both supply and demand. Characterised by an extremely dynamic market, their increasing availability, especially over the internet, has radically changed the current nature of the drugs scene. The common misconception that NPS are safe because there are not legally controlled or banned in some countries have contributed to their popularity and use, often with disastrous effects including several reported fatalities.

Detection and identification of these emerging substances is the first step in assessing the potential health risks of new psychoactive substances. Unfortunately, the analytical know-how is not available to institutions in many Member States. UNODC is assisting in this regard by developing practical guidance to national authorities and drug analysts for the identification and analysis of NPS. 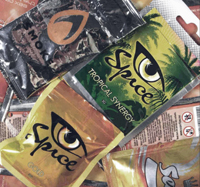 UNODC research has identified major groups of NPS available on the market: synthetic cannabinoids, which produce effects similar to the principal psychoactive component in cannabis (THC) and are commonly sold as "spice";  synthetic cathinones, including the stimulants mephedrone and MDPV and commonly sold as "bath salts"; phenethylamines,  generally stimulant substances related to amphetamine and methamphetamines; and  piperazines, substances frequently sold as "ecstasy".

The synthetic cannabinoid category has been the most diverse and predominant since 2009 with over 60 new psychoactive substances, and presents a major challenge with regard to detection and identification. They are often mixed with herbal products and sold under street names such as Spice, Kronic, Spice Gold, Spice Silver, Spice Diamond,  K2, Bliss, Black Mamba, Bombay Blue, Yucatan Fire, Skunk, Moon Rocks, and Mr. Smiley.