Wildlife crime firmly on the UNODC agenda in South-East Asia 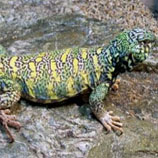 4 March 2013 - South-East Asia is both an origin and destination region for the illegal wildlife trade. As a result, wildlife crime is an important issue for the UNODC Regional Office for Southeast Asia and the Pacific in Bangkok. Recently, several political and operational achievements have boosted UNODC's work to counter wildlife crime.

At the political level, senior UNODC officials are taking part in a meeting of the International Consortium on Combating Wildlife Crime (ICCWC) in order to define the group's future strategy. ICCWC consists of UNODC, the CITES Secretariat, INTERPOL, the World Bank and the World Customs Organization (WCO). The partners are meeting at the margins of the ongoing Sixteenth meeting of the Conference of the Parties to the Convention on International Trade in Endangered Species of Wild Fauna and Flora (CITES).

The five organizations joined forces as ICCWC in 2010, in response to the increasingly organized and transnational nature of wildlife and forest crime, and in recognition of the need for enhanced international coordination and cooperation to underpin responses to this crime.

The meeting allowed for partners to review the activities that have been conducted by ICCWC to date, including the coordination of international and regional events on critical issues related to wildlife crime such as a workshop on controlled deliveries in Shanghai, China, and the development of a toolkit to help Governments review the effectiveness of their responses to wildlife and forest crime.

Highlighting the capacity-building focus of the consortium, UNODC's Director of Operations, Aldo Lale-Demoz, explained: "The Wildlife and Forest Crime Analytic Toolkit is a technical resource that assists Government officials in the wildlife and forestry administration, customs and other relevant agencies to conduct a comprehensive analysis of the strengths and weaknesses of preventive and criminal justice responses related to the protection of wildlife and forest products. Based on the results of the analysis, tailored evidence-based capacity-building and technical assistance programmes will be designed and implemented through ICCWC partner agencies."

CITES implementation and enforcement issues are a focus of the Bangkok meeting, reflecting both the escalating levels of poaching and illegal trade - particularly in elephant ivory and rhinoceros horn - and strong evidence of the increased involvement of organized crime groups in wildlife crime. In response, ICCWC is hosting a number of high-level events, including a Ministerial roundtable on transnational organized wildlife and forest crime and the first global meeting of wildlife enforcement networks.

In Myanmar, law enforcement representatives have agreed to establish new Border Liaison Offices (BLO) this year in selected hot-spots to counter some environmental crimes as well as the smuggling of migrants. Officers stationed in BLO areas will receive training in anti-smuggling equipment and responses to improve the effectiveness of their work.

This decision came at the first national workshop of the Partnership Against Transnational Crime through Regional Organized Law Enforcement (PATROL) which was held last month in Nay Pyi Taw, the capital, shortly after the recent endorsement of the PATROL project.

Myanmar faces intense trafficking activities and is perceived by local officers to be a source country of illegal flows of drugs, people and natural resources. At the workshop, local authorities discussed ways to counter trafficking activity along the borders of the country.

The Myanmar Police Force became the fourth signatory of PATROL after Cambodia, Viet Nam and Thailand. Lao PDR has also recently joined the project, as the fifth signatory.

As part of UNODC's efforts to help tackle wildlife trafficking in Thailand, the organization is providing training to Thai police and immigration officers.

As this video shows, the training combines theory with practical simulation of criminal activities, investigation and evidence-collecting in a bid to provide hands-on assistance in fighting cross-border crime. Given the interconnectedness of the many forms of organized crime, it also assists authorities in responding to other crimes such as the trafficking of drugs, firearms and people.

UNODC and wildlife and forest crime

Al-Jazeera story and video on UNODC training in Thailand