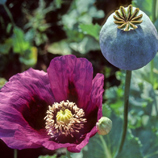 13 November 2013 - Opium poppy cultivation in Afghanistan rose 36 per cent in 2013, a record high, according to the 2013 Afghanistan Opium Survey released today in Kabul by the Ministry of Counter Narcotics and UNODC. Meanwhile, opium production amounted to 5,500 tons, up by almost a half since 2012.

Calling the news "sobering", Yury Fedotov, Executive Director of UNODC, stressed that this situation poses a threat to health, stability and development in Afghanistan and beyond:  "What is needed is an integrated, comprehensive response to the drug problem. Counter-narcotics efforts must be an integral part of the security, development and institution-building agenda".

The area under cultivation rose to 209,000 ha from the previous year's total of 154,000 ha, higher than the peak of 193,000 hectares reached in 2007. Also, two provinces, Balkh and Faryab, lost their poppy-free status, leaving 15 provinces poppy-free this year compared with 17 last year.

Although lower than in 2012, opium prices continued to lure farmers at around $145 per kg, much higher than the prices fetched during the high yield years of 2006-2008.  Farmers may have driven up cultivation by trying to shore up their assets as insurance against an uncertain future resulting from the withdrawal of international troops next year. Worth around US$ 950 million, or 4 per cent of national GDP in 2013, the farm-gate value of opium production increased by almost a third. Together with profits made by drug traffickers, the total value of the opium economy within Afghanistan was significantly higher, implying that the illicit economy will continue to grow whereas a slowdown of the legal economy is predicted in 2014.

"As we approach 2014 and the withdrawal of international forces from the country, the results of the Afghanistan Opium Survey 2013 should be taken for what they are - a warning, and an urgent call to action," said the UNODC chief.

The link between insecurity and opium cultivation observed in the country since 2007 was still evident in 2013; almost 90 per cent of opium poppy cultivation in 2013 remained confined to nine provinces in the southern and western regions, which include the most insurgency-ridden provinces in the country. Hilmand, Afghanistan's principal poppy-producer since 2004 and responsible for nearly half of all cultivation, expanded the area under cultivation by 34 per cent, followed by Kandahar, which saw a 16 per cent rise.

Across the country, governor-led eradication decreased by 24 per cent to some 7,300 hectares. Badakhshan, the only poppy-growing province in the north-east, witnessed a 25 per cent increase in cultivation despite the eradication of almost 2,800 ha. During the 2013 eradication campaigns, the number of casualties rose significantly, with 143 people killed this year compared with 102 fatalities in 2012.

"If the drug problem is not taken more seriously by aid, development and security actors, the virus of opium will further reduce the resistance of its host, already suffering from dangerously low immune levels due to fragmentation, conflict, patronage, corruption and impunity", said Yury Fedotov.