Corruption a major obstacle in tackling smuggling of migrants 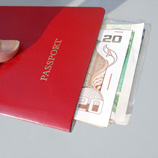 06 February 2014: Ten years ago, the Protocol against the Smuggling of Migrants by Land, Sea and Air under the United Nations Convention against Transnational Organized Crime came into force. With 138 States Parties, this milestone agreement enjoys broad support in the international arena. Unfortunately, ten years on, migrant smuggling still remains a low-risk, high-profit crime in many parts of the world, with corruption helping fuel this.

A recent issue paper launched by UNODC - Corruption and the Smuggling of Migrants - shows that corruption seriously undermines national and international efforts to prevent and control the smuggling of migrants, just as it weakens the fight against other forms of transnational crime, such as trafficking in persons, narcotics and firearms.

Criminal organizations are quick to take advantage of public security systems weakened by corruption. In every region of the world, there are instances where corrupt officials - border or immigration officers, police, soldiers, port authorities, or staff in embassies and consulates - have facilitated migrant smuggling or at least turned a blind eye to it in exchange for a bribe or a share of the criminal proceeds. Migrant smugglers also find accomplices in the private sector, and often seek to corrupt or intimidate individuals in key private sector businesses, such as common carriers, transporters, employment agencies, fishing industry entrepreneurs and employees, or ports and airport personnel.

The United Nations Convention against Transnational Organized Crime (UNTOC) recognizes that corruption of public officials is a major impediment in the fight against organized crime and includes several provisions to curb it. The Convention requires States Parties to adopt measures to prevent, detect, and punish related corruption of public officials. In addition, the United Nations Convention against Corruption (UNCAC) requires that various measures be taken to prevent and combat corruption more efficiently and effectively, providing a strong framework for international cooperation in fighting impunity.

Migrant smuggling is a serious and profitable crime. UNODC research shows that migrant smuggling from East, North and West Africa to Europe, from Southeast and East Asia to Europe and the Americas, and from South to North America generates around $8.3 billion a year for criminals operating along these routes alone.

Yet despite progress and efforts, migrants continue to perish in dangerous crossings across oceans and deserts - as recent events in Lampedusa and Niger sadly demonstrate - at the hand of organized criminal networks. "If we are serious about stopping migrant smuggling, States need to shift their resources to go after the criminals profiting from the distress or lack of opportunity migrants face" said UNODC Executive Director Yury Fedotov in a recent statement to mark the Protocol's Tenth Anniversary.

Message of the Executive Director, Yury Fedotov, on the 10th anniversary of the Protocol against the Smuggling of Migrants by Land, Sea and Air

UNODC issue paper: Corruption and the Smuggling of Migrants