UNODC calls for support to beat the illegal trade in wildlife 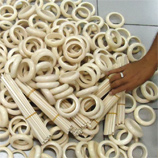 13 February 2014 - At a conference in Lancaster House, London, today, global leaders met to discuss how to eradicate the illegal trade in wildlife and better protect the world's most iconic species from the threat of extinction. Transnational organized crime groups are deeply embedded in this sinister trade, which threatens not only the wildlife, but also the subsistence and stability of many countries in the world.

The UK-government sponsored conference, attended by the Prince of Wales and his sons the Duke of Cambridge and Prince Harry, brought together heads of state and officials from fifty countries to urgently agree on a high level political commitment to combat the illicit trade in wildlife, particularly elephants, rhinos and tigers.  A declaration was adopted by acclamation at the outcome of the conference agreeing on a series of actions with a follow-up high-level conference taking place in early 2015.

Transnational organized crime can be found wherever money can be made from illicit dealings. Alongside drugs, humans, weapons and counterfeit products, a key source of income for organized criminal networks is environmental crime, in particular the trafficking of wildlife and timber. The problem is particularly acute in developing countries, since under-resourced governments often lack the capacity to regulate the exploitation of their natural assets.

The illicit trade in animals and their derivatives generates millions. The trade fuels organized crime, corruption, and violence, and has rarely been seen a priority for law enforcement and the criminal justice system.

Although illegal wildlife transit flows tend to focus on and in between certain regions - typically from Southeast Asia and Africa to Asia- the phenomenon is global, as consumer demand for goods also help fuel this crime.

"No single state is immune" said UNODC's Deputy Executive Director Aldo Lale-Demoz at the London conference. "We are all affected and time is not on our side. The rate of poaching is such that a number of iconic and lesser known species risk being wiped out over the next decade - and we will all bear responsibility for those losses."

UNODC is the custodian of two international treaties (the UN Conventions against Transnational Organized Crime and against Corruption respectively), which can help countries identify, trace, freeze and confiscate the proceeds of illicit crimes, as well as improve information sharing and international law enforcement cooperation to better combat organized crime.

UNODC already works with partner organizations as part of the International Consortium on Combating Wildlife Crime (ICCWC) to combat this emerging form of transnational organized crime. However, countries still need to boost their commitment and dedicate urgent attention and resources to this issue, and efforts must be stepped up to raise awareness and educate potential consumers worldwide, as well as to support initiatives that drive sustainable alternatives to poaching for local communities.

"We know that law enforcement alone will not be effective unless it is grounded in education and public awareness everywhere, as well as sustainable livelihoods for communities in source countries which are vulnerable to illicit markets due to their poverty and lack of economic opportunities," concluded Mr. Lale-Demoz in his address.