Protecting wildlife from criminals focus of regional meeting in Mexico 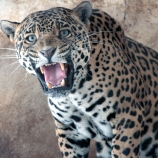 9 October 2015 - The illegal trafficking of wildlife is a global problem with the involvement of organized and complex networks of poachers, traders, traffickers, salespeople and consumers worldwide. Throughout the world, hundreds of protected animal and plant species are trafficked. For example, in the Americas the trafficking of live reptiles, timber, cactus, fish, turtles, sea cucumbers, jaguars and animal parts such as totoaba fish bladders have been detected. Traffickers sell an outstanding variety of wildlife species endangering ecosystems and biodiversity, and generating billions of dollars for organized crime groups.

UNODC, together with the Mexican Attorney General's Office for Environmental Protection ( PROFEPA, in Spanish), are organizing a regional conference on Wildlife and Forest Crime, bringing together delegates from 15 countries in the Americas, partner organizations such as the World Bank, as well as observers from several European countries. The meeting is focusing on the urgent need to prevent, detect and combat wildlife and forest crimes from an international cooperation perspective.

At the event, where Mexican and UNODC officials were present, Aldo Lale-Demoz, Deputy Executive Director of UNODC, spoke of the importance of combating wildlife crime in all its forms, and recalled that on 30 July of 2015, the UN General Assembly adopted a historic resolution in which UN Member States committed to strengthen their policies to prevent and combat wildlife crime, resolved to classify trafficking in wildlife as a serious crime, and agreed to cooperate regionally and internationally to combat this criminal activity. For his part, the Mexican Deputy Federal Attorney for Natural Resources, Ignacio Millán, reminded the audience that this conference aimed at "strengthening multilateral cooperation to combat trafficking in wildlife and creating synergies to assist each other in order to consolidate prosecution capacities".

Throughout the three days of the conference, regional experts and law enforcement officials will have the opportunity to exchange best practices on combating wildlife and forest crimes; to gather information and better understand wildlife crime as a form of organized crime; and to identify joint strategies and cooperation mechanisms to protect species in the Americas from being trafficked.

UNODC is part of the International Consortium on Combating Wildlife Crime that also includes de Secretariat of CITES, INTERPOL, the World Bank and the World Customs Organization.