Synthetic cannabinoids such as Spice must be taken out of circulation, says UNODC's head of laboratory 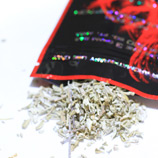 25 April 2017 - Recent news reports show the disturbing impact of synthetic cannabinoids-sometimes called Spice-on drug users. To provide greater insight, Justice Tettey, the head of the Laboratory and Scientific Section at the UN Office on Drugs and Crime (UNODC), talked about the problem.

But it is the harm caused by synthetic cannabinoids that Tettey emphasizes. "They can cause loss of consciousness, psychosis, agitation, and in some cases, fatalities."

According to Tettey, products containing these substance first appeared in the mid-2000s, and were marketed as herbal blends or legal highs with names such as spice, chronic or k2. Since then, practices have changed.

Herbal materials are now sprayed with solutions of synthetic cannabinoids or cigarette papers are prepared with these solutions for smoking. Even more recently, tablets and liquid preparations have started to appear on the market.

Between 2009 to 2014, there were significant increases in the number of substances reported, but 2015 saw a welcome decrease, says Tettey.

Returning to the dangerous nature of the substances, the UNODC Laboratory Chief notes that people who use synthetic cannabinoids have no idea what they are taking.

"Another major issue we have is that clinicians or first responders do not have any idea of what the synthetic cannabinoids contain or what dealers are putting in the products. This makes medical interventions extremely difficult," says Tettey.

He adds that, to help, UNODC works closely with over 250 laboratories in 75 member states to provide forensic support and identify the synthetic cannabinoids.

Tettey says that the international community is challenged by the sheer numbers of NPS because new derivatives of synthetic cannabinoids are coming on to the illicit drug market constantly.

As a direct response, countries are producing generic forms of legislation to control the present market, but also as a way to to predict future trends and to "nip them in the bud."

Out of 59 countries which UNODC reviewed, 19 have created generic legislation. UNODC assists based on the international drug control conventions that protect the health and welfare of mankind, the work of the Commission on Narcotic Drugs and its close relationship with the World Health Organization.

The overall aim is to identify the harmful substances and to make sure they are taken off the markets.

UNODC also treats the problem as a major health issue and its experts on prevention treatment and rehabilitation are helping medical professionals to save the lives of people showing up in emergency treatment centres.

Tettey makes clear that there cannot be successful health interventions or law enforcement interventions without the proper identification of the synthetic cannabinoid. This is why, he says, UNODC's Global Smart Programme focuses so heavily on understanding the proliferation of NPS.

See the video interview with UNODC's Laboratory Chief on 'Spice'