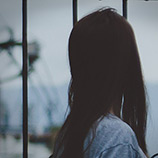 5 April 2018 - Jamaica has become the first Caribbean nation to join the  Blue Heart Campaign against Human Trafficking, an international awareness-raising initiative by UNODC to encourage involvement and action to help prevent this crime.

The Government of Jamaica, in partnership with UNODC and with the assistance of  Airline Ambassadors International (AAI), launched the Campaign on 28 March, under the auspices of Delroy Chuck, Minister of Justice; Horrace Chang, Minister of National Security; Carol Palmer, Permanent Secretary in the Ministry of Justice; and José Vila del Castillo, UNODC Regional Representative for  Central America and the Caribbean.

The launching ceremony, organized by the National Task Force against Trafficking in Persons (NATFATIP) of the Ministry for Justice of Jamaica, took place at Emancipation Park in Kingston.

At the event, both Ministers of Justice and National Security rejected and condemned human trafficking and underlined the commitment of the Jamaican Government to end this scourge.

Carol Palmer, the Permanent Secretary in the Justice Ministry, and Chair of NATFATIP stressed that Governments must "place themselves on the right side of history in the struggle against modern slavery", adding that "collective silence provides a fertile ground for human trafficking to thrive".

José Vila del Castillo said: "trafficking in persons is an extremely serious crime, generating illicit profits of $ 32 billion every year. It is the third most lucrative criminal activity, after drug and arms trafficking. Jamaica is joining countries that openly recognize human trafficking as a threat to human dignity and human rights."

Also participating were several Government officials, members of the diplomatic corps accredited in Jamaica, directors of academic and cultural institutions, students, as well as representatives of civil society and the private sector.

The highlight of the launch was the simultaneous symbolic turning on of blue lights at three locations in Kingston, reflecting the central theme of the Blue Heart Campaign. The locations were carefully chosen given their significance in the fight against slavery and oppression.

The Blue Heart Campaign continues to grow throughout Central America and the Caribbean, as well as in different countries around the world, in order to spread a global message: HUMAN BEINGS ARE NOT FOR SALE.