Manaus, Amazonas, Brazil - 20 August 2018 - From 9 to 13 July 2018 the Global Action against Trafficking in Persons and the Smuggling of Migrants ( GLO.ACT) continued to provide support to vulnerable migrants from Venezuela. GLO.ACT supported the  Federal Public Defender's Office (DPU) in delivering its mobile assistance  Itinerant DPU programme in Manaus, Amazonas. The mission focused on providing quality legal assistance, disseminating information, and identifying cases of trafficking in persons (TIP) and smuggling of migrants (SOM). The Itinerant DPU aims to reach those living in risky and remote areas that do not normally have access to legal assistance. Following the success of the mission a report was published here. 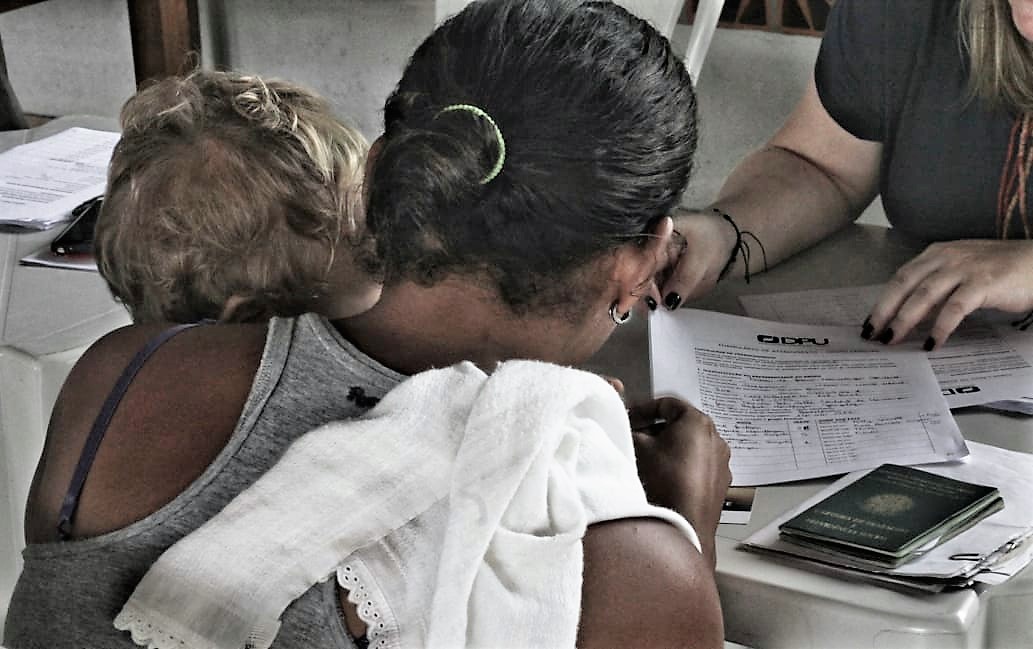 Over the past few years, the crisis in Venezuela has led to an increasing number of its nationals, including members of displaced indigenous populations, crossing the Venezuela/Brazil border. For many the main destinations are Boa Vista in Roraima, and Manaus in the Amazonas. This population has been identified as being particularly vulnerable to the humanitarian crisis by local human rights institutions. After Boa Vista, Manaus is the Brazilian city that receives the largest number of Venezuelan migrants in the country. According to the Brazilian Ministry of Justice, there were 2577 refugee status requests made in the Amazons between 2016 and 2017, which represents 12.8 per cent of the total number of requests made nation wide. This number does not include those who requested temporary residency.

Venezuelan migrants arrive in a region that already struggles with issues related to trafficking in persons (TIP). According to the Executive Secretary of Policies for Women of the Amazonas State Department of Justice, Human Rights, and Citizenship, the state of the Amazons serves as a human trafficking route involving criminal networks in Spain, Suriname, Switzerland, and Venezuela. Nine out of ten TIP cases registered in the Amazons - between 2011 and 2014 - related to TIP for the purpose of sexual exploitation. TIP for forced labour and organ removal were also mentioned as criminal objectives of human traffickers.

According to the NGO  Rede Um Grito pela Vida  (A Cry for Life Network), women and girls from small villages in rural Amazonas are recruited by criminal organizations and taken to Manaus with the hope for a better life that might include the possibility of studying and working. However, it is not uncommon for them to be forcibly moved to other Brazilian cities or even abroad. Some testimonies include girls as young as 8 years old.

This mission represents the second time GLO.ACT provided assistance to Venezuelan migrants. A similar mission was carried out in October 2017 to assist vulnerable Venezuelan migrants arriving in the cities of Boa Vista and Pacaraima in the State of Roraima. 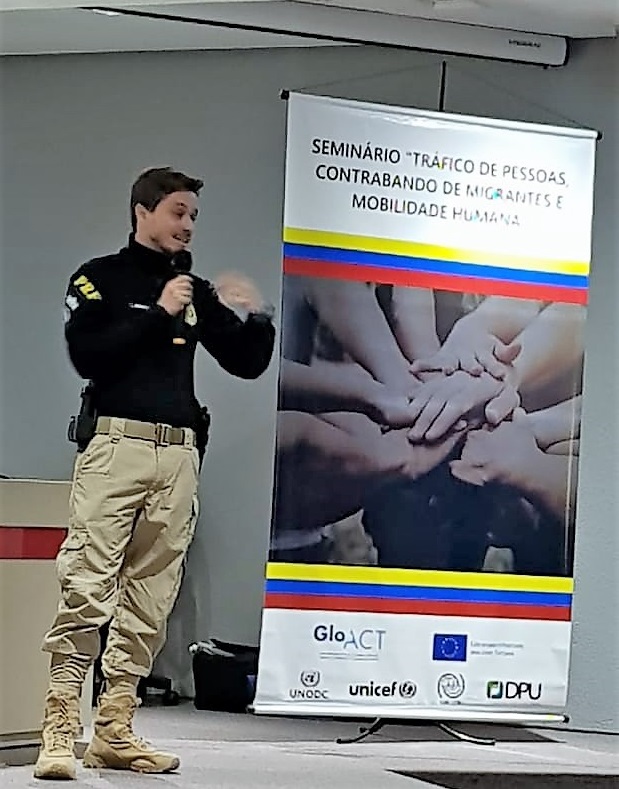 On the first day of the mission in Manaus, meetings aimed at assessing the local situation of migrants and their access to rights were held with the local anti-TIP network, including Cry for Life Network and church representatives, UNHCR, as well as different government authorities. In addition, a meeting was held with the Parliamentary Front to combat Sexual Violence Against Children and Adolescents. GLO.ACT and the DPU also conducted some informal conversations and provided free legal assistance to migrants at the shelter 'Residencial São Jose' where Venezuelan indigenous migrants belonging to the Warao ethnicity are housed. During the mission particular attention was paid to helping migrants validate their legal status. During these interventions many cases of migrant smuggling were identified. On the second day of the Itinerant DPU, targeting over 70 non-indigenous Venezuelan migrants, was carried out at the 'Saint Catherine of Siene' shelter managed by the archdiocese 'Cáritas of Manaus'. During the afternoon, the DPU also visited the interstate bus terminal, distributed information, hung up posters on walls containing information regarding the rights of migrants. At the same time, two families in severe situation of vulnerability were identified and taken to appropriate shelters.

The two-day Itinerant DPU mission included three public defenders belonging to the Federal Public Defender's Office Assisting the Victims of Human Trafficking, Migration, Statelessness and Refugee, and Eradicating Modern-Day Slavery Thematic Working Groups. Apart from the DPU members, representatives from NGOs such as Mission Peace, the Brazilian Association for the Defense of Women, Childhood and Youth, the Federal Highway Patrol, a human rights journalist and a member of the National Committee against TIP also participated in the mission.

The week concluded with a two-day seminar held from 12-13 July 2018 on "Trafficking in Persons, Smuggling of Migrants and Human Mobility" for over 100 participants from government and civil society in Manaus. Speakers included representatives from the DPU, IOM, UNHCR, the Federal Highway Patrol, the Federal Police of Amazonas, the National Committee to combat TIP and members of the NGO Astral, the national Secretariat of Justice, members of the NGO Um Grito pela Vida and the Brazilian Association for the Defense of Women, Childhood and Youth.

Ms. Beth Fernandez, psychologist and member of the National Committee to combat TIP and member of Astral, gave a lecture on how to improve the assistance to victims of TIP. This also included a gender perspective and highlighted the importance of recognizing the diversities between victims, including LGBT and Intersex people.

Mr. Igor Ramos, representing the Federal Highway Police gave a lecture on trafficking of children and adolescents for the purpose of sexual exploitation. He presented the Federal Highway Police's project map, which charts locations prone to be hotspots for the sexual exploitation of children along Brazilian federal highways. Mr. Ramos ended his lecture quoting Edmund Burke by saying, "The only thing necessary for the triumph of evil is for good men to do nothing".

The mission aimed to combine the provision of direct legal and social assistance to vulnerable migrants with the capacity building workshop. Combining both allowed GLO.ACT and the DPU to improve the protection of migrants by providing direct assistance while at the same time raising awareness and building the capacity of local networks.

Liaison and Partnership Office in Brazil