Pretoria, South Africa - 2 May 2019 - The Department of Justice and Constitutional Development launched, in collaboration with UNODC and under the framework of the Global Action against Trafficking in Persons and Smuggling of Migrants ( GLO.ACT), on 25 April 2019 the Prevention and Combating of Trafficking in Persons National Policy Framework (NPF). The NPF seeks to ensure all government departments and other engaged stakeholders from civil society are collectively guided in the implementation of anti-trafficking responses and of their statutory responsibilities. In particular, the NPF intends to support the implementation of the Prevention and Combating of Trafficking in Persons, 2013 (Act No. 7 of 2013), hereinafter referred to as the Act,which aims to ensure that the criminal justice system is effective in prosecuting criminals and protects the victims of Trafficking in Persons (TIP), promoting a cooperative and aligned response among all government departments, as well as with civil society organizations engaged in assisting and supporting TIP victims. As a strategic planning tool, the NPF is also key to secure political and financial support and to ensure rational use of resources and effective responses. 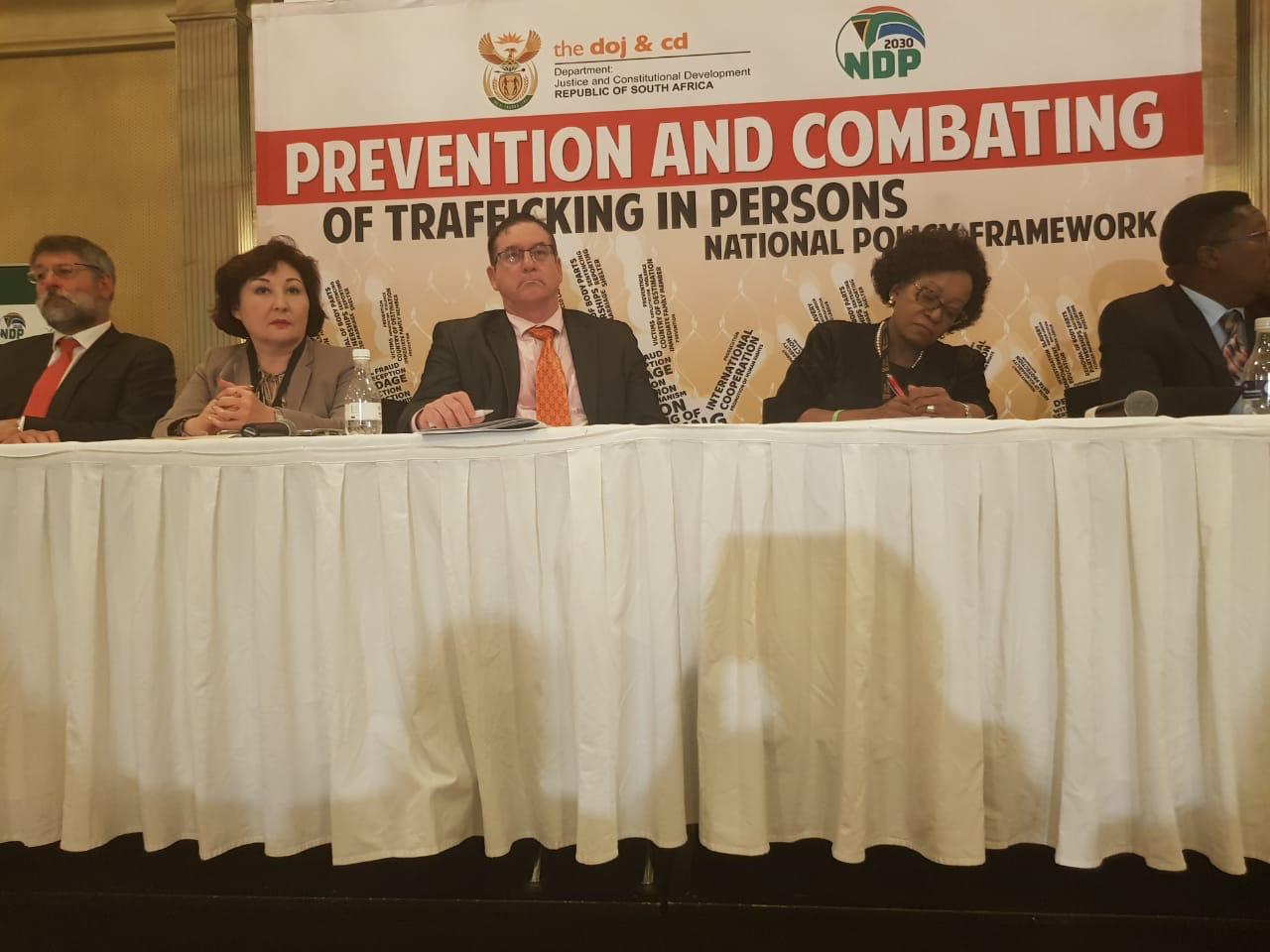 South Africa is a primary destination for trafficked persons in the Southern African region and within Africa at large. It is also an origin and transit country for: trafficking towards Europe and North America. Trafficking affects women, men and children exploited in forced labour, commercial sex, forced begging and forced criminality. Foreign male forced labour victims have also been detected on fishing vessels in South Africa's territorial waters. Internally, girls are trafficked from rural to urban areas for sexual exploitation and domestic servitude, while boys are forced to work in street vending, begging, agriculture, mining, and criminal activities.

The NFP is based on a set of principles and approaches in line with constitutional imperatives, national legislation and international standards that all anti-trafficking stakeholders and service providers in South Africa shall employ during all steps of its implementation. These principles are as follows:

Speaking during the launch, Deputy Minister of Justice and Constitutional Affairs, Hon. John Jeffery said, "Trafficking in Persons is by no means a recent phenomenon. It is rooted in South Africa's historical landscape and is fundamentally enabled by the country's deep structural inequalities. A systemic response and culture shift is needed - one that radically restrains the demand for cheap labour and sex, and severs any hint of corruption and compromise". He further said, "We are confident that the legislation, which came into operation in August 2015, along with the National Policy Framework that we are launching today, will bring us a step closer to this much-needed systemic response". 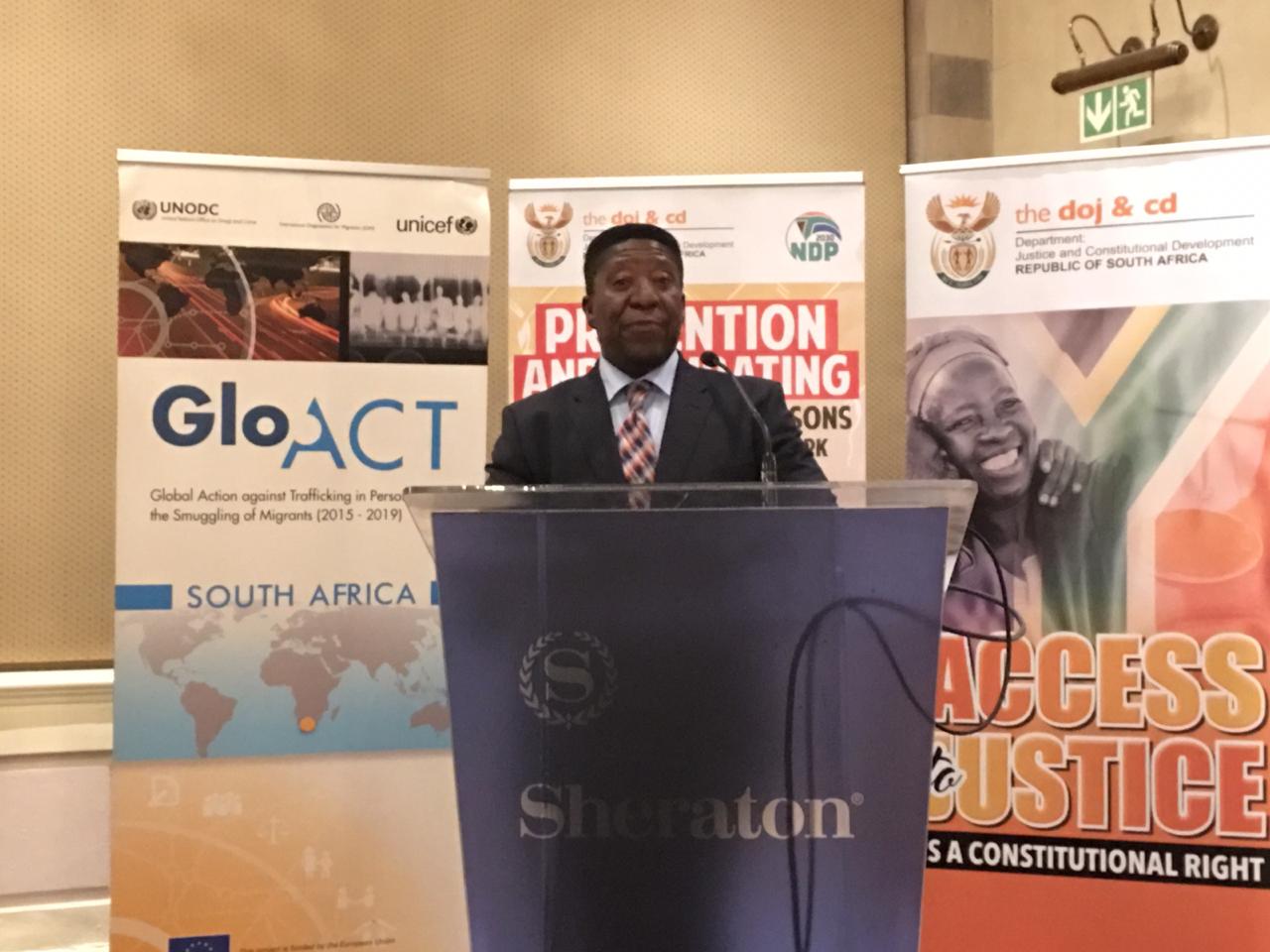 UNODC Regional Representative, Ms. Zhuldyz Akisheva said, "The frameowrk outlines a comprehensive anti-trafficking response in South Africa, which we trust will translate into practical actions on the ground". She went on to say, that "We express confidence in the government of South Africa, that it will move beyond the launch of the NPF and actually put concrete actions on the ground to implement the plan so that vulnerable groups in South African will benefit."Meanwhile, Mr. Bernard Rey, Head of Development Cooperation, European Union Delegation to the Republic of South Africa said, "The international dimension of human trafficking calls for an international and multilateral cooperation response". He went on to say, that "No individual country can effectively address trafficking in human beings on their own, hence international cooperation is key, the alignment of individuals policies under similar principles can only be mutually reinforcing and more effective".

The objectives of the NPF are as follows: