Bamako, Mali - 21 February 2019 - The Government of Mali has just adopted a new five-year plan to fight against trafficking in persons officially launched on Friday 1 February 2019 at the Ministry of Justice. 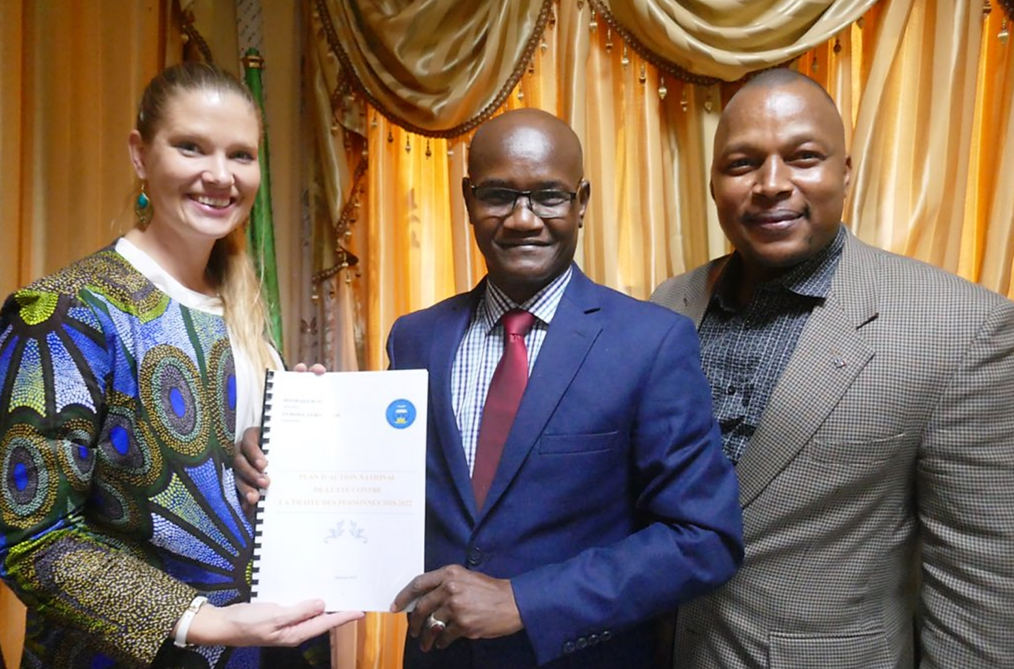 The result of a collaboration between the National Coordination Committee against Trafficking in Persons and Assimilated Practices (CNCLTPA), the International Organization for Migration (IOM) and the United Nations Office against Drugs and Crime (UNODC), and thanks to funding from the European Union, the Governments of the Netherlands and the United States, this plan essentially aims to strengthen the response of the Malian authorities in the fight against human trafficking. "The Ministry of Justice welcomes the fact that there is now a national action plan for all actors to combat trafficking in persons. This document, it must be remembered, is meant to be holistic because it takes into account the four axes of the struggle ", says Mr. Tiéna COULIBALY, Minister of Justice, in the preface of the document.

On this occasion, UNODC and IOM seized the opportunity of the monthly meetings of the Committee to present the new National Action Plan to all its members. On Friday, February 1, 2019, an official launch ceremony was held, open to the public and in the presence of various donors, national and international partners and the press. About forty (40) people were present.

Seen as a foundation on which the Malian government will be able to rely in the years to come in the fight against human trafficking, the new NAP is another step towards the eradication of this criminal phenomenon in the country. As stated by the Chairman of the Committee, Mr. Boubacar TOURE, in his opening statement, "We cannot separate trafficking in persons and the smuggling of migrants from the security context in Mali. The fight against human trafficking is directly linked to the fight against the widespread insecurity against which our country is fighting. 2019 must be a year of awakening for Mali.

The presentation and the official launch of the New National Action Plan to Combat Trafficking in Persons (2018-2022) was done in the framework of the PROMIS project "Migrant Protection" as well as the GLO.ACT program of the UNODC. Both are part of the UNODC Regional Strategy to Combat Trafficking in Persons and the Smuggling of Migrants (2015-2020) to help the West African States to provide a better response. to these criminal phenomena in the region. 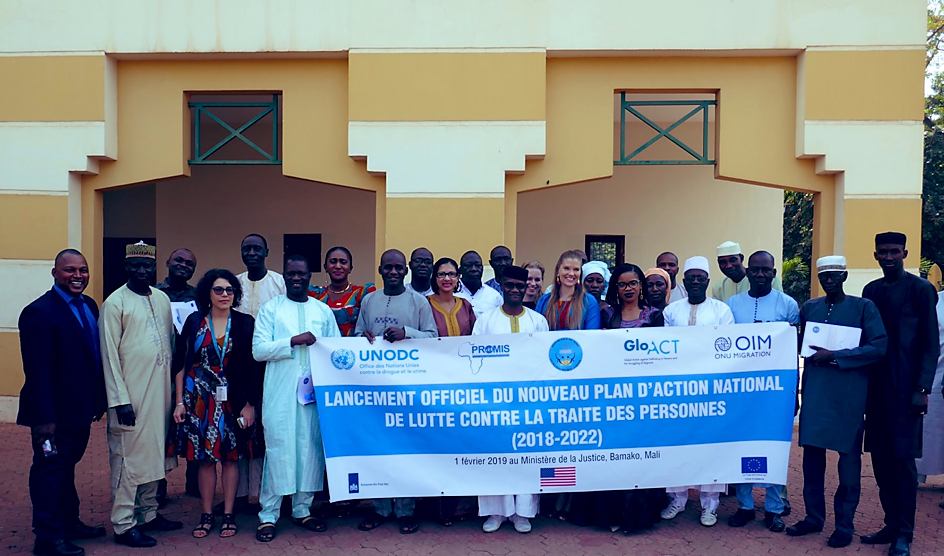 UNODC support in the development of this plan is in line with the United Nations Sustainable Development Goals, in particular Goal 10.7, which aims to "Facilitate migration and mobility in an orderly and safe manner". regular and accountable, including through the implementation of planned and well-managed migration policies "as well as Goal 16.2, which aims to" End abuse, exploitation and trafficking, and all forms of violence and torture against children", including child victims of trafficking.

Trafficking in Persons and Smuggling of Migrants