Following Resolution 4/6, adopted in Marrakesh at the 2011 Conference 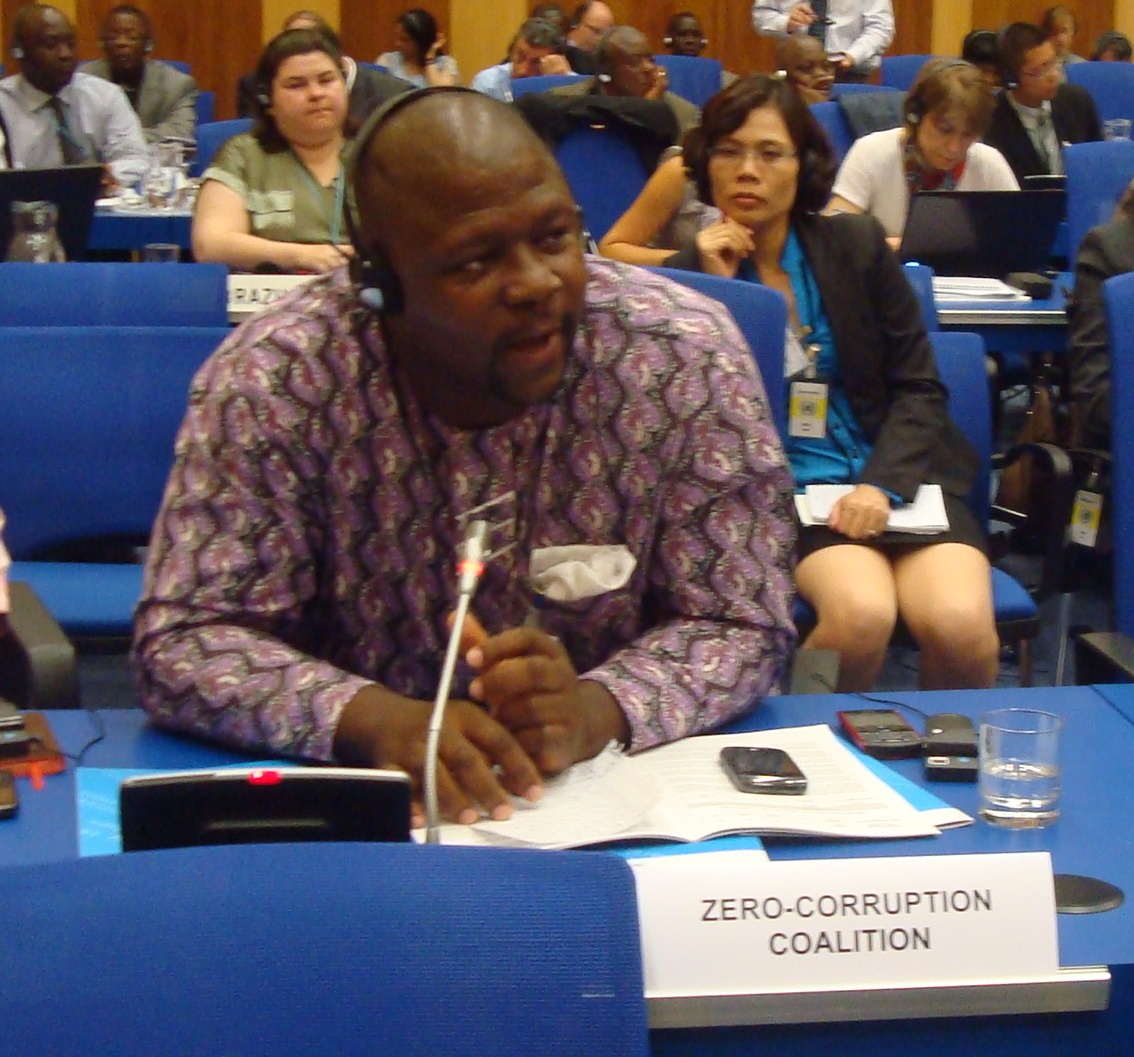 of States Parties (COSP), a Briefing Session with representatives of Non-Governmental Organizations (NGOs) was held on the sideline of the IRG. The objective of this session was to "further promote constructive dialogue with NGOs dealing with anti-corruption issues, and while recognizing the continuing deliberations to build confidence in the role of non-governmental organizations in the review process" and thereby promote debate.

This session included 38 NGO representatives from 26 countries who sat alongside state delegates and shared their experiences in working with their respective governments in the implementation of the United Nations Convention Against Corruption (UNCAC) via the review mechanism. Many NGO representatives shared positive experiences of being included in the review process but also expressed their concern about areas where cooperation could be enhanced. Mr. Vincent Lazatin, Chair of the UNCAC Coalition opened up the floor for NGOs with the following statement.

This session offered the opportunity for a constructive, open and honest dialogue between governments and NGOs. An official summary of the Briefing can be accessed on the following link.