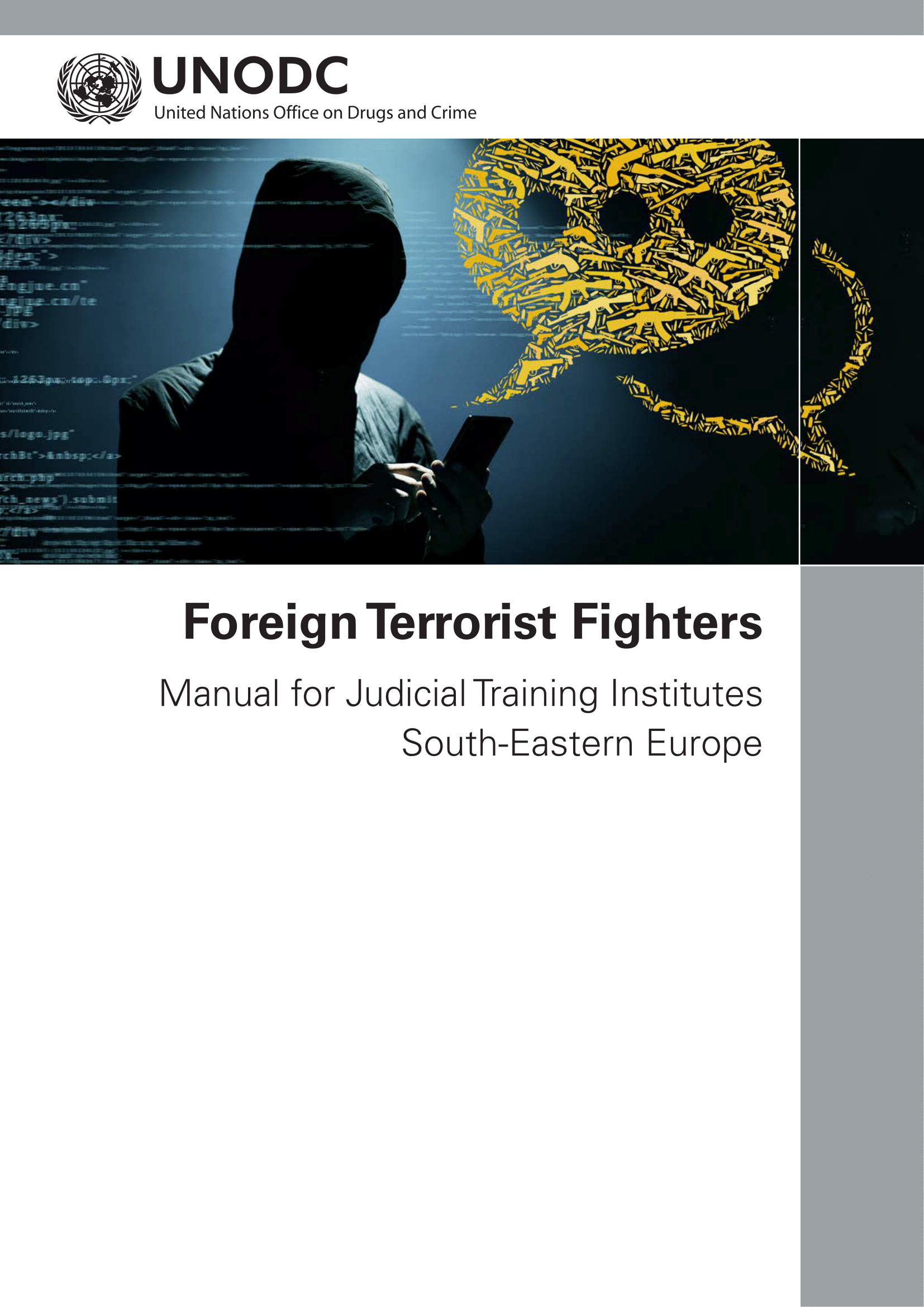 Foreign terrorist fighters (FTFs) continue to pose a threat to the international community, with South-Eastern Europe having been identified as one of the regions that remains most vulnerable to the phenomenon. Therefore, it is imperative that coordination across borders is further enhanced in order to tailor the most appropriate criminal justice response to the FTF threat.

Responding to this phenomenon, UNODC/TPB designed the manual to provide guidance on international legal instruments against FTF activities and techniques for digital investigation and evidence collection, especially concerning global financial transactions and social media activity. While the manual is tailored for judicial training institutes in South-Eastern Europe, it can be utilized in any jurisdiction seeking resources to address the FTF threat.

In the foreword to the publication, UNODC Executive Director Mr. Yury Fedotov, commends the training manual's incorporation of good practices and experiences shared by the judicial academies and Member States' representatives who took part in the project.

The publication of the manual and project activities were conducted under UNODC/TPB's Global Project on Strengthening the Legal Regime against Terrorism and were funded by the Government of the United States of America.

The manual is available for download (English only) at:
https://www.unodc.org/documents/frontpage/2017/Foreign_Terrorist_Fighters.pdf