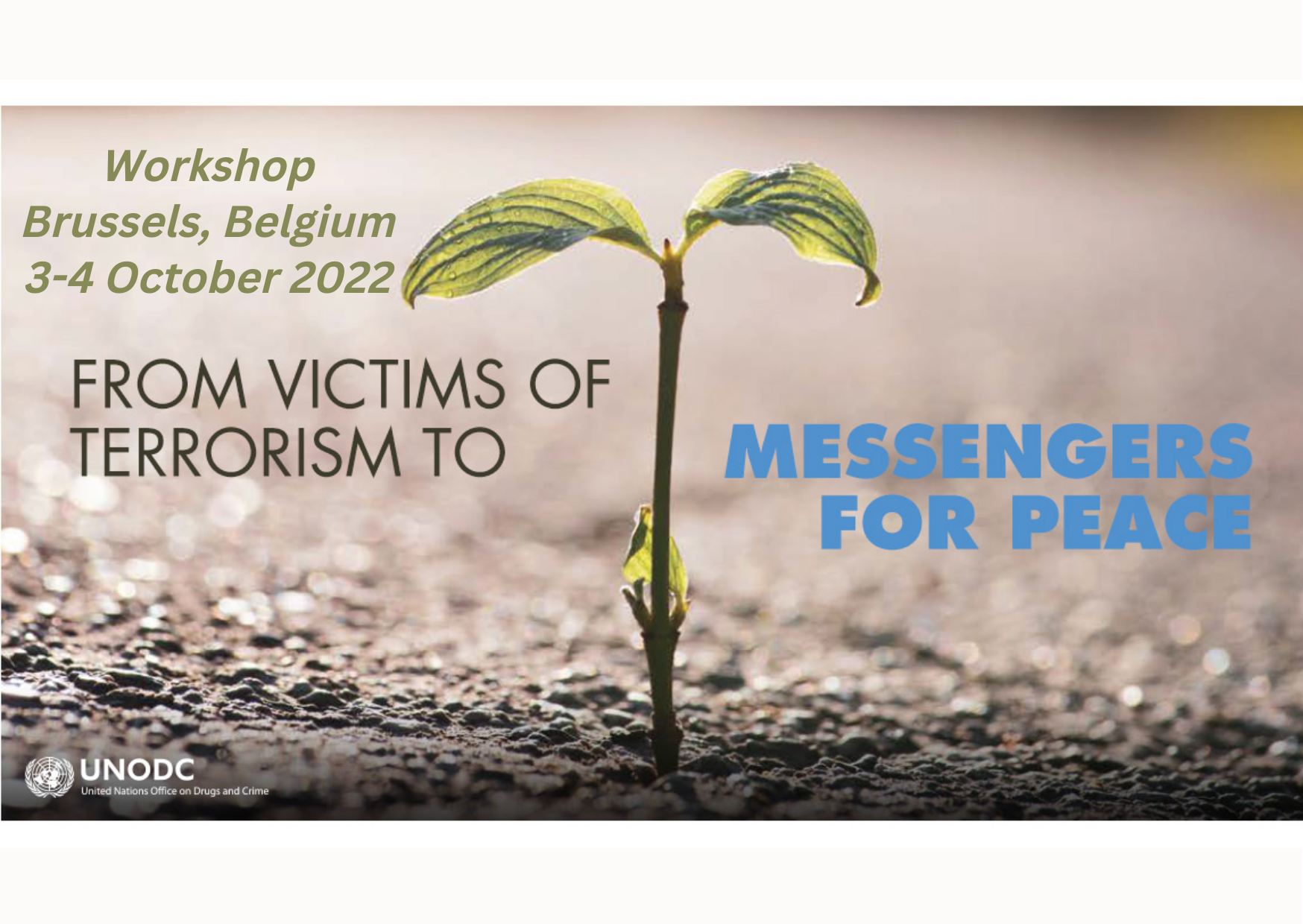 Victims of terrorism often find themselves occupying a unique space in society. Unlike victims of most other crimes, they are randomly yet deliberately targeted by terrorists who aim to bring chaos to and fracture society as a whole. While they are often regarded as symbolic representations of their respective governments, it is as an individual that suffer the consequences of an attack. Accordingly, they require dedicated mechanisms of support from governments and international bodies to ensure that their rights as individuals are upheld and protected.

As witnesses to acts of indiscriminate violence, victims of terrorism have a lot of potential to provide an alternative discourse to the divisive narratives of terrorists and their justifications to use violence. Possessing an ‘unblemished moral capital’, as Alex Schmidt describes in his seminal 2012 paper “Strengthening the Role of Victims and Incorporating Victims in Efforts to Counter Violent Extremism and Terrorism”, victims of terrorism can become effective messengers for peace, provided that they are empowered with the necessary tools and a safe platform.

In 2020, UNODC partnered with the Victims’ Voices Initiative, which was started in 2012 by Max Boon, himself a victim of a suicide bomb attack in Jakarta, to enhance the capacity of governments and other stakeholders seeking to develop and implement comprehensive support mechanisms for all victims of terrorism, and those interested to become messengers for peace in particular. The resulting publication From Victims of Terrorism to Messengers for Peace: A Strategic Approach showcases lessons that can be gleaned from the initial initiative, which has thus far empowered over fifty Indonesian victims to directly reach out and touch the lives of more than 25,000 youths across the country.

Building on their partnership, UNODC supported the organization of a workshop involving relevant stakeholders in Brussels on 3-4 October 2022, in which Mr. Boon shared practical takeaways from the Victims’ Voices Initiative. At the invitation of V-Europe, an association for victims of terrorism created after the Brussels terrorist attacks of March 2016, a mix of community organisers, professional mediators, academics, and victims of terrorism, drew upon the experiences and lessons learned in Indonesia. Together, they explored how to replicate the model implemented in Indonesia and adapt it to the Belgian context, and they considered different approaches to engage different target audiences across society.

A special guest lecture by Peter Knoope, Distinguished Fellow at the International Centre for Counter-Terrorism (ICCT), explored the role victims could play when considering approaches to enhance the reintegration of foreign terrorist fighters.

Philippe Vansteenkiste, Director of V-Europe, reacted after the workshop:

Countering radicalization and preventing violent extremism is a tremendous task that requires experts from different fields to be successful. Getting to know each other, exchanging views and practices are essential needs to build the needed partnership so that efforts become coordinated and effective. Thanks to UNODC and the Victims’ Voices Initiative we took an important step forward and we are looking forward to strengthening the role of victims’ voices in Belgium.

UNODC and the Victims’ Voices Initiative aim to expand their cooperation, advising and assisting relevant stakeholders in Member States who want to explore the development of similar approaches.