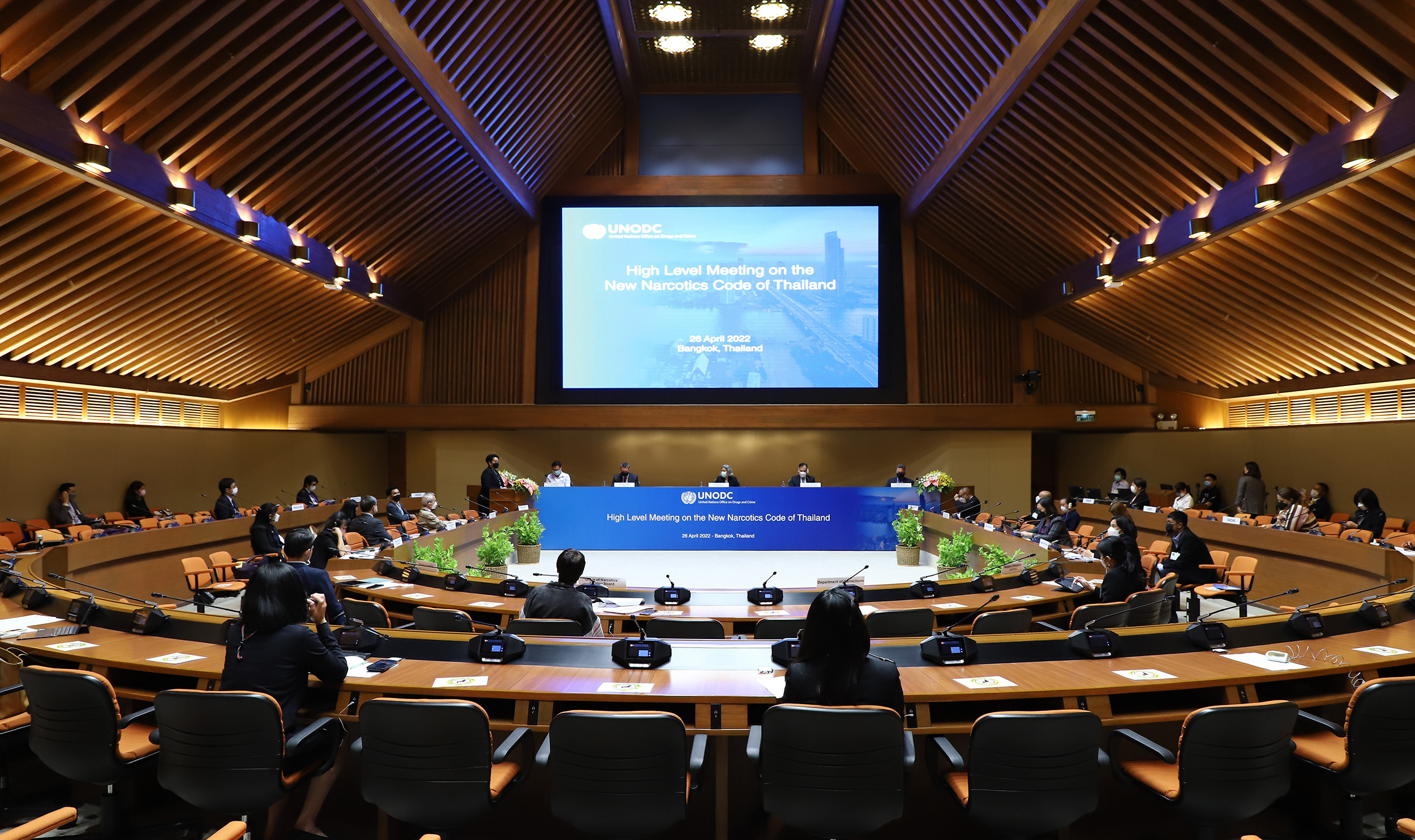 Agencies from across the Government of Thailand, UNODC and the UN discuss the new Narcotics Code of Thailand

Bangkok (Thailand), 26 April 2022 - UNODC has hosted an inter-ministerial senior official’s meeting on the New Narcotics Code of Thailand in Bangkok to discuss the status of the Code, and steps to be taken towards implementation with a particular focus on alternatives to imprisonment and reducing sentencing thresholds.

The meeting was a first since the formal announcement of the Code in December 2021 for stakeholders to discuss new and changed roles and responsibilities, working arrangements and regulations, and how efforts can be coordinated to promote and protect the rights of the people who use drugs and those affected by drug use. Participants included parliamentarians, senior government officials and experts from institutions including the Office of the Narcotics Control Board, the Narcotics Control Management Center of the Ministry of Public Health, the Ministry of Interior, the Ministry of Justice, Departments of Corrections and Probation, Royal Thai Police, the Thailand Institute of Justice, as well as United Nations agencies and international organizations. 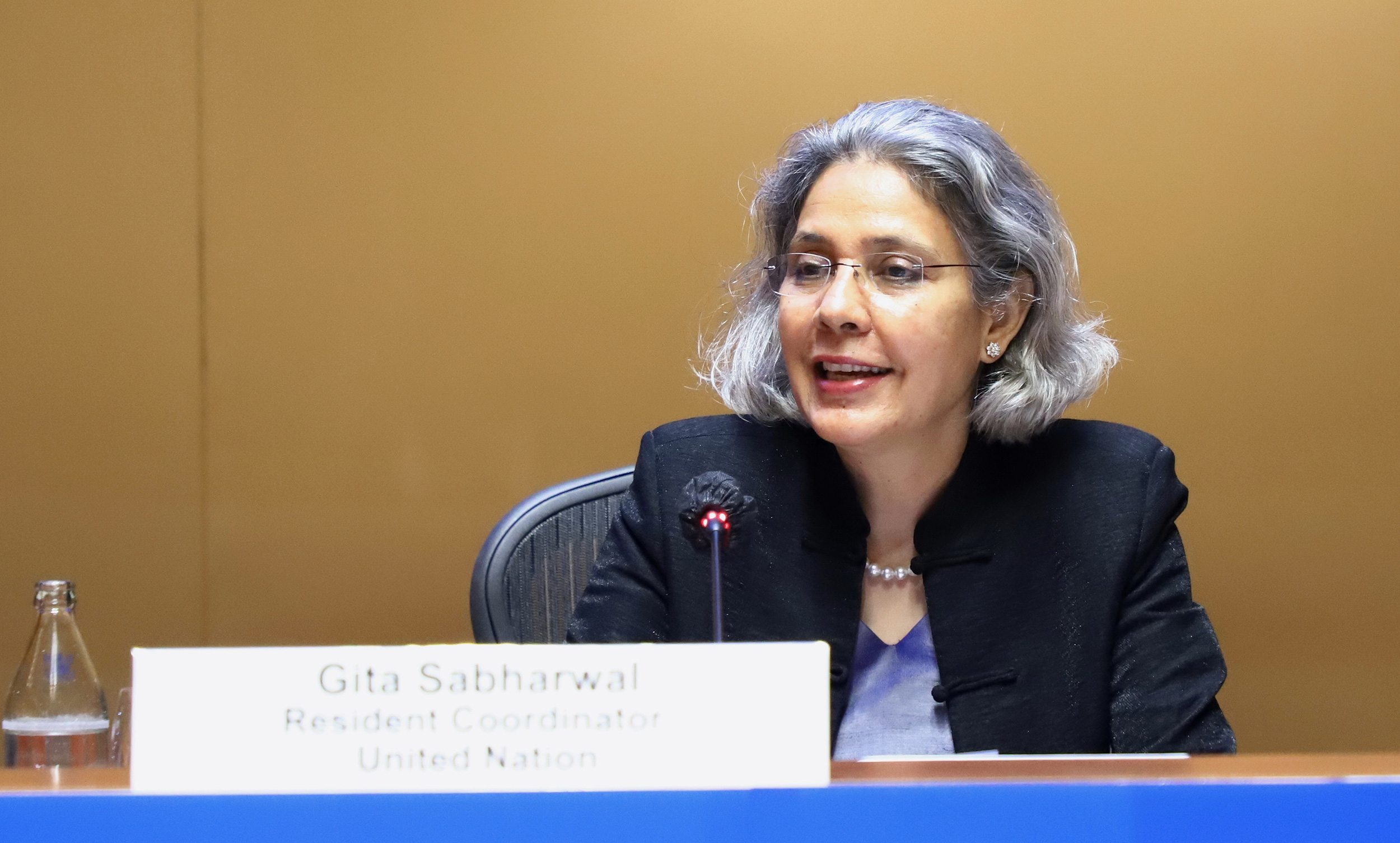 Thailand is the first country in Southeast Asia to update a legal framework for drug control in a way that is consistent with UNGASS operational recommendations and international guidelines on policy issues, including proportionate sentencing drug crimes and alternatives to imprisonment for people affected by drug use. The new Narcotics Code emphasizes the health and wellbeing of people who use drugs, allowing for the amendment of threshold quantities related to sentencing. At the same time sentencing thresholds have yet to be revised, and the use of compulsory drug treatment remains in-place while alternative measures such as a community-based recovery model are being developed.

“The new Narcotics Code is an example of UN-Thailand collaboration towards sustainable development. It is Thailand’s chance to move away from locking people up – particularly youth – in prison, and to demonstrate that providing viable drug use prevention and treatment alternatives work” said Gita Sabharwal, UN Resident Coordinator for Thailand. She added, “It is critically important that the opportunity offered by the new Code is not lost, and a paradigm shift towards a drug policy centered around human development takes place.” 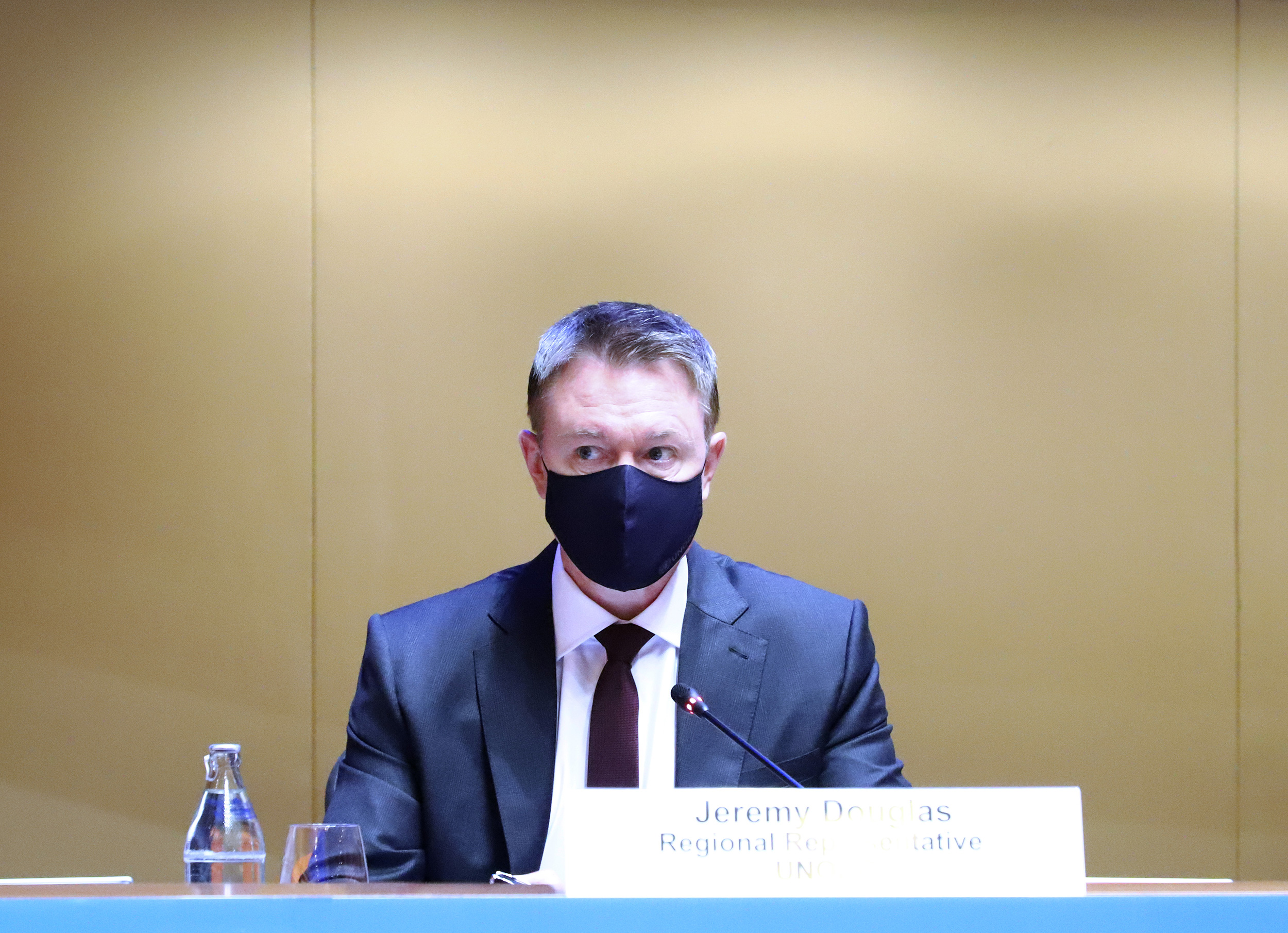 UNODC Regional Representative Jeremy Douglas emphasizes that the prison population should decline if law enforcement focus on organized crime rather than the street, at the same time sentencing reforms and alternatives to imprisonment are put in place

“The development of the new Narcotics Code is a milestone, and it is something we have been very pleased to contribute to. We will be encouraging other countries in the region to consider similar reforms in the near-term. At the same time, we will continue to support and facilitate inter-agency dialogue in Thailand so the opportunity to revise sentencing thresholds is not lost – low level drug crimes or possession should not be treated as serious crimes or even as a crime.” remarked Jeremy Douglas, the UNODC Regional Representative for Southeast Asia and the Pacific. He added, “Prisons have been over-crowded in Thailand and Southeast Asia for years, and with up to 80% of people incarcerated for drug-related offences it really important that alternatives for people who use drugs or possess drugs for personal use are put in-place.”

UNODC has been providing technical support to Thailand and governments of Southeast Asia and the Pacific to develop policies that are evidence-informed and in line with international human rights principles, promoting the respect of human rights through all programmes and services related to drug issues.

Click here to learn about the UNODC Regional Programme for Southeast Asia and the Pacific.