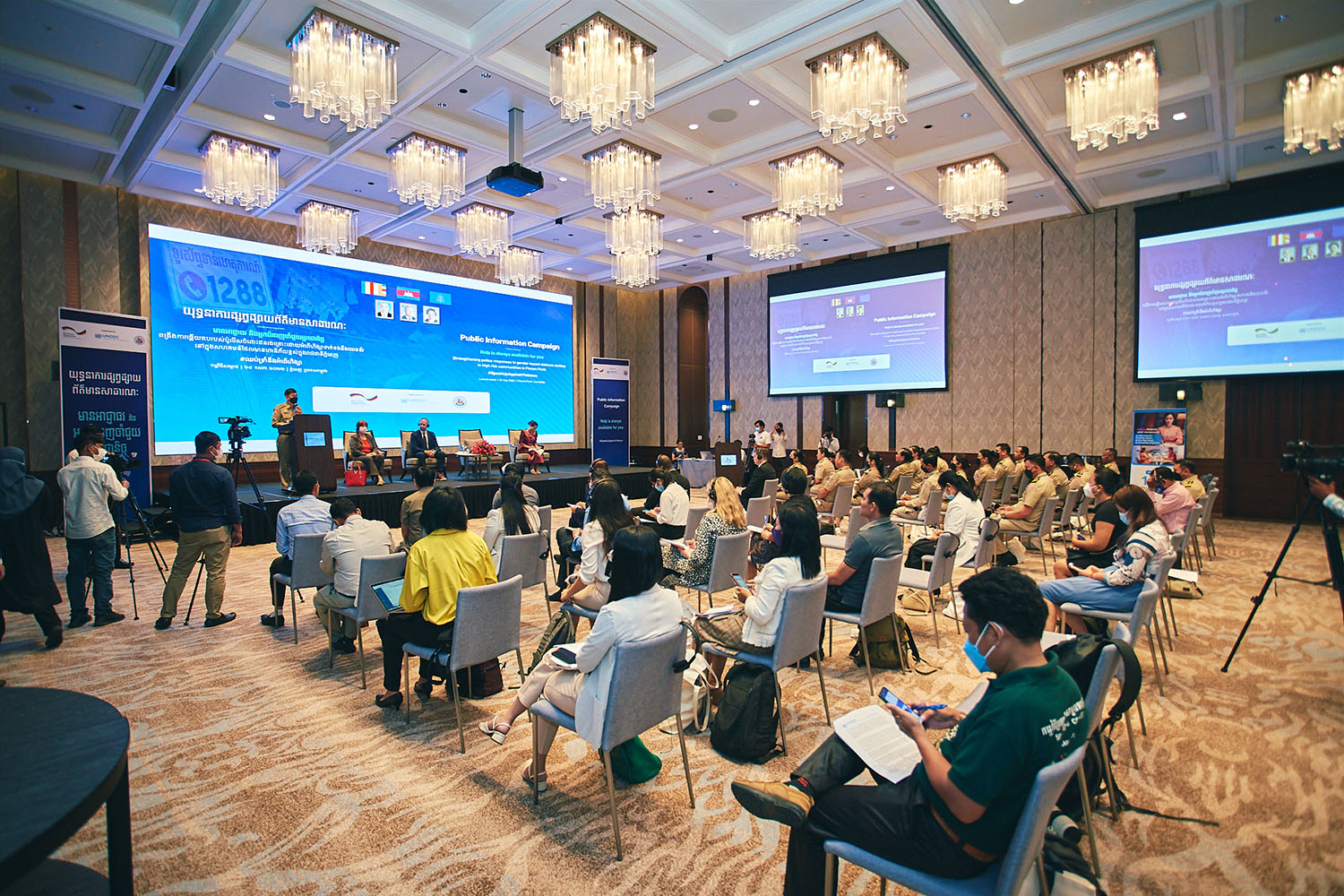 Phnom Penh (Cambodia) 24 May 2022 – With the backing of the Cambodian National Police and the Ministry of Women's Affairs, the United Nations Office on Drugs and Crime (UNODC), Regional Office for Southeast Asia and the Pacific, has announced a new public information campaign to address gender-based violence (GBV) and protect victims of GBV.

The campaign “Help is always available for you” is part of a broader intervention by UNODC in Phnom Penh to strengthen community-oriented policing through the provision training for police officers to deal with GBV incidents, and the provision of equipment for police stations in high-risk districts of the Cambodian capital to better serve victims during the interview process. 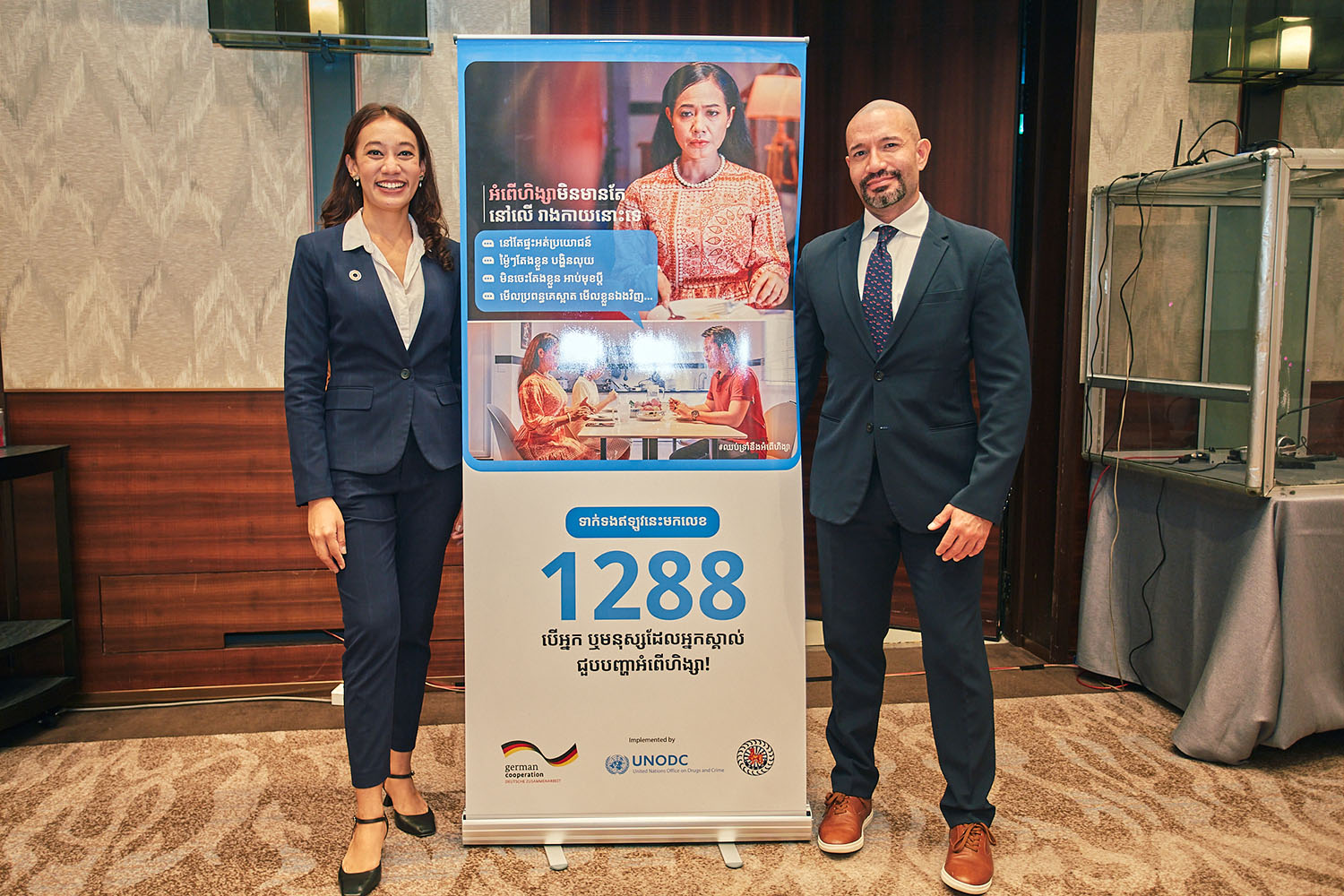 Domestic violence or intimate partner violence, which includes physical, sexual, or emotional abuse, is the most common type of violence against women in Cambodia. One in five women between the ages of 15 and 49 have experienced physical violence, and according to the 2020 Cambodia Centre for Human Rights incidents increased during the Covid-19 pandemic. While the Royal Government of Cambodia has made efforts to combat GBV, remaining challenges need to be addressed, including the lack of knowledge on victim-centered police responses to GBV against women and other available support services.

"UNODC is pleased to contribute to the National Action Plan for Prevention Violence Against Women (NAPVAW) 2019-2023 by means of this public information campaign. We aim to sensitize about the consequences of GBV in Phnom Penh and make people aware of the services available to victims. GBV does not only affect victims, but it also damages the social fabric of communities," emphasized Mr. Esteban Felipe De La Torre, UNODC Regional Coordinator for Southeast Asia. 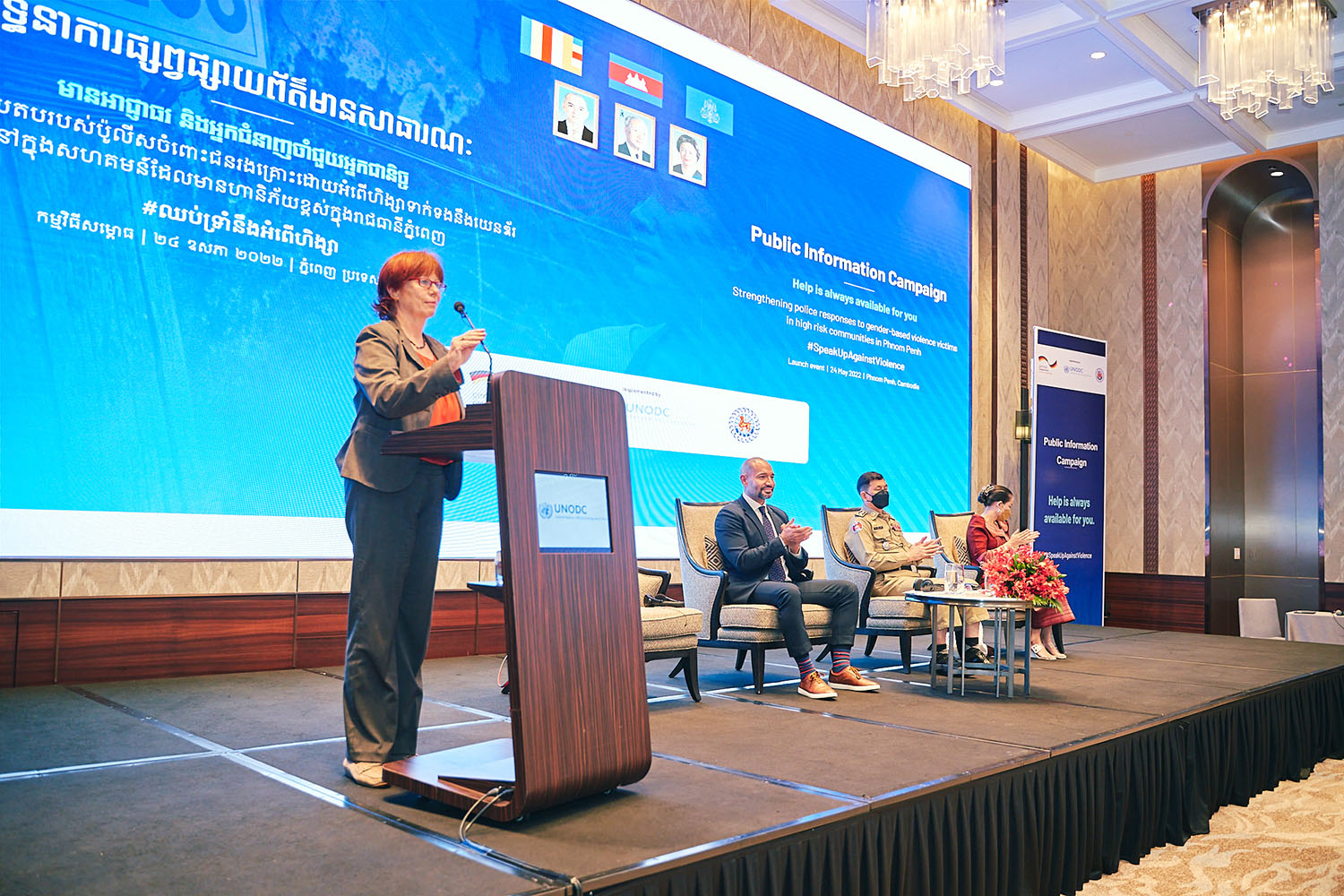 With the support from the Municipal Department of Women's Affairs and District/Khan Office of Social Affairs and Welfare, six communities in three Districts confronted with significant challenges related to GBV were identified, including Khan Dang Ko, Khan Po Senchey, and Khan Sen Sok. Targeting diverse audiences, especially women between ages of 15 and 49, the public information campaign against GBV will reach out to the public through the dissemination of online and printed content. Prominent online influencers will also take part to help amplify the campaign’s message. 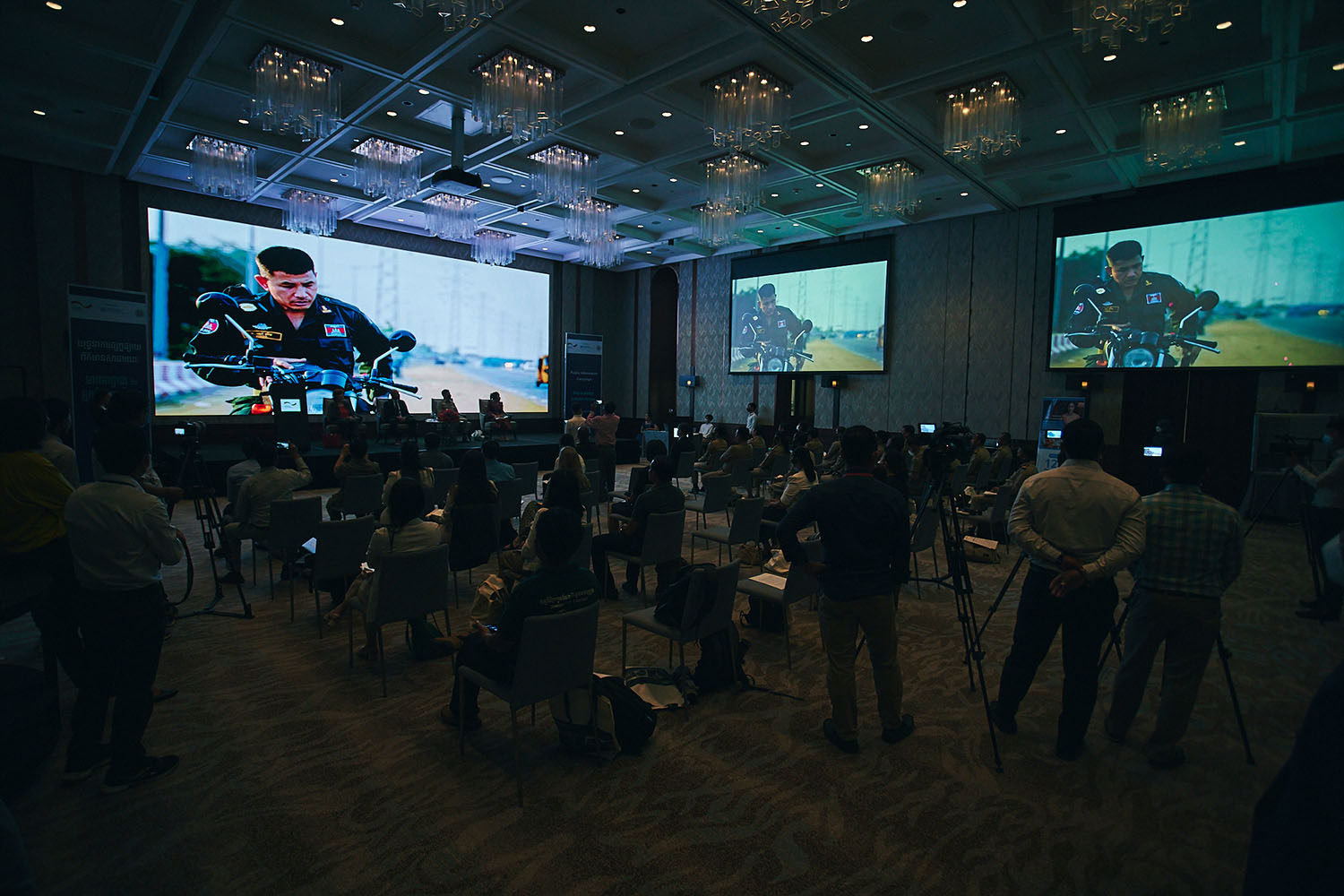 Lieutenant General Chiv Phally, Director of the Anti-Human Trafficking and Juvenile Protection Department, of the Cambodian National Police, and Ms. Sar Sineth,Deputy Secretary-General of the Ministry of Women’s Affairs of Cambodia, spoke at the event and emphasized the importance of reaching out to vulnerable communities.

During her remarks at the launch, Dr Angelika Stauder, First Secretary and Deputy Head of Cooperation of the Embassy of the Federal Republic of Germany in Phnom Penh, commented, “The police have unique powers and responsibilities to protect victims from further harm, pursue perpetrators and prevent crimes. We hope that this public information campaign will help direct victims towards the police service and safety resources.”