Promoting alternatives for people who use drugs 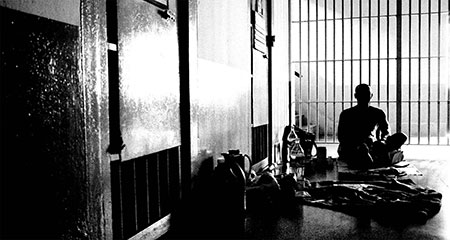 Jakarta (Indonesia), 8 April 2015 - For the past few years, Indonesia's National Narcotics Board (BNN) has sought to build consensus among the police, prosecutors, judges, and others, that those people who use drugs (but not trafficking) should be channelled toward rehabilitation rather than incarceration. As of March 2014, and partly as a result of these efforts, seven Indonesian government agencies (Supreme Court, Ministry of Law and Human Rights, Ministry of Health, Ministry of Social Affairs, Attorney General's Office, Indonesia National Police and National Narcotics Board) signed an Inter-Ministerial Regulation to promote this legislative framework. However, signing regulation and implementing it are two different things. In order for implementation to occur, there must be an increased awareness of the approach provided within the regulation. In addition, there must be a mechanism to measure and follow through with the implementation.

The UNODC Indonesia Programme Office has just launched its new programme to support the Government of Indonesia in promoting this initiative. The programme is aimed to improve Indonesia's criminal justice reform agenda through alternative (voluntary treatment and rehabilitation) to imprisonment for drug users.

With this two-year pilot to promote the channelling of arrested drug users to voluntary treatment and rehabilitation, there is an opportunity to significantly reduce the number of drug users being incarcerated, and thus ease the problems caused by the overcrowding of Indonesia's prisons through promotion of alternatives to incarceration, such as rehabilitation and probation.

This pilot will help inform decision-makers about the merits of expanding the pilot within Indonesia or possibly replicating the objective of the programme in other countries especially in South East Asia and Pacific region.