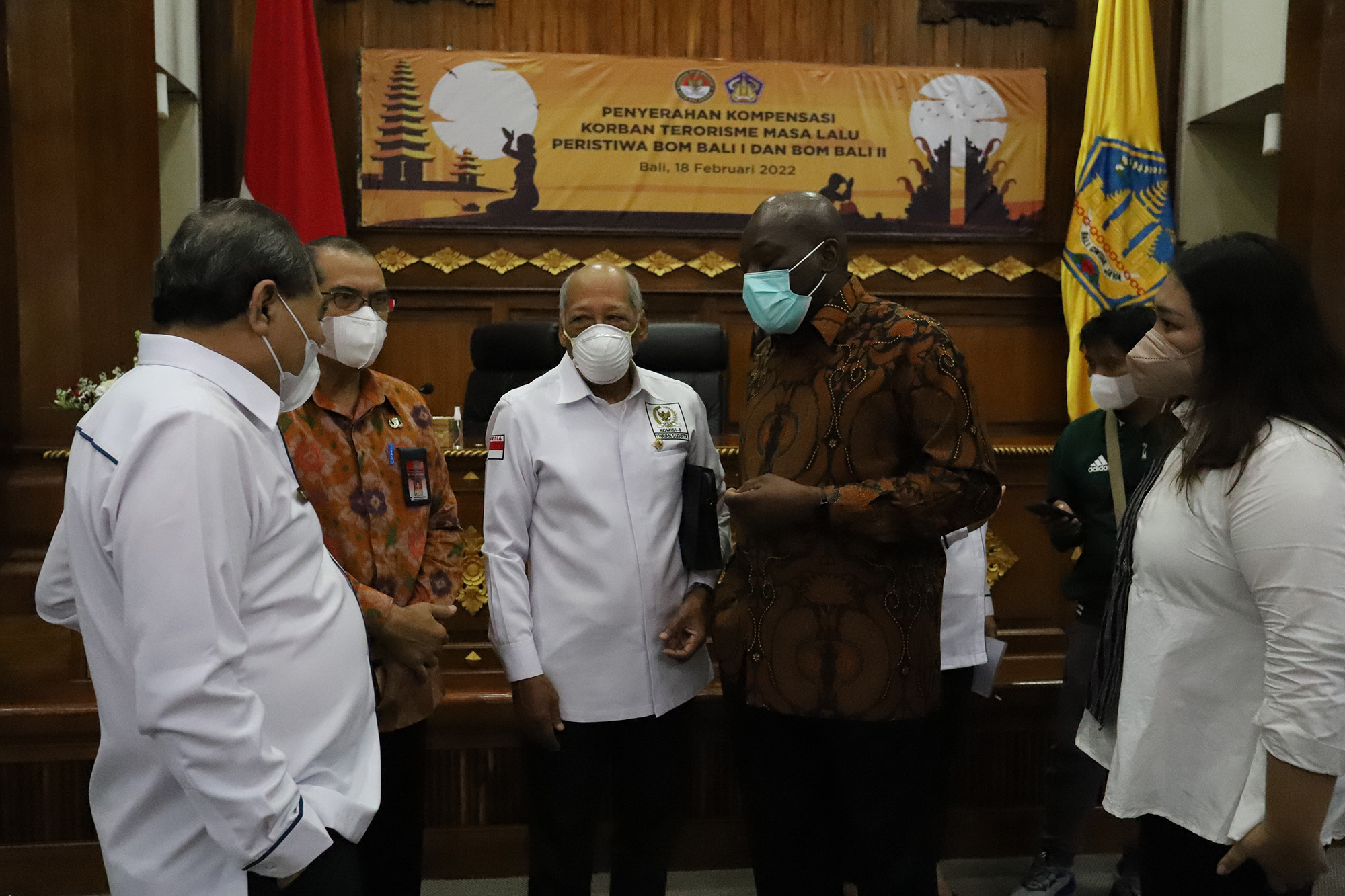 Compensation of handover ceremony to survivors of terrorism in Bali

Bali (Indonesia), 18 February 2022 - UN General Assembly Resolution 73/305 reaffirmed the role of UNODC to provide technical assistance to develop and implement programmes of assistance and support for victims of terrorism. Since 2018, the UNODC Programme Office Indonesia and the National Witness and Victim Protection Agency (LPSK) have been working collaboratively to support survivors of terrorism. Various efforts to increase awareness and advocacy related the rights of survivors of terrorism have been carried out. The result of this advocacy came to fruition when the Government of Indonesia inaugurated Government Regulation 35/2020, which became the basis for survivors of terrorism to receive compensation from the state.

Aside from the compensation from the state, survivors of terrorism are also entitled to medical assistance, as well as psychosocial and psychological rehabilitation (as mandated under the Anti-Terrorism Law 5/2018). UNODC has been working together with LPSK and Yayasan Inspirasi Indonesia Membangun (YIIM), a local NGO, to provide vocational training for the survivors as one of the means providing psychosocial rehabilitation. Training has been provided to 61 survivors who have received compensation. These sessions offer a variety of entrepreneurial and vocational skills training to extend their compensation and manifest sustainable livelihood. 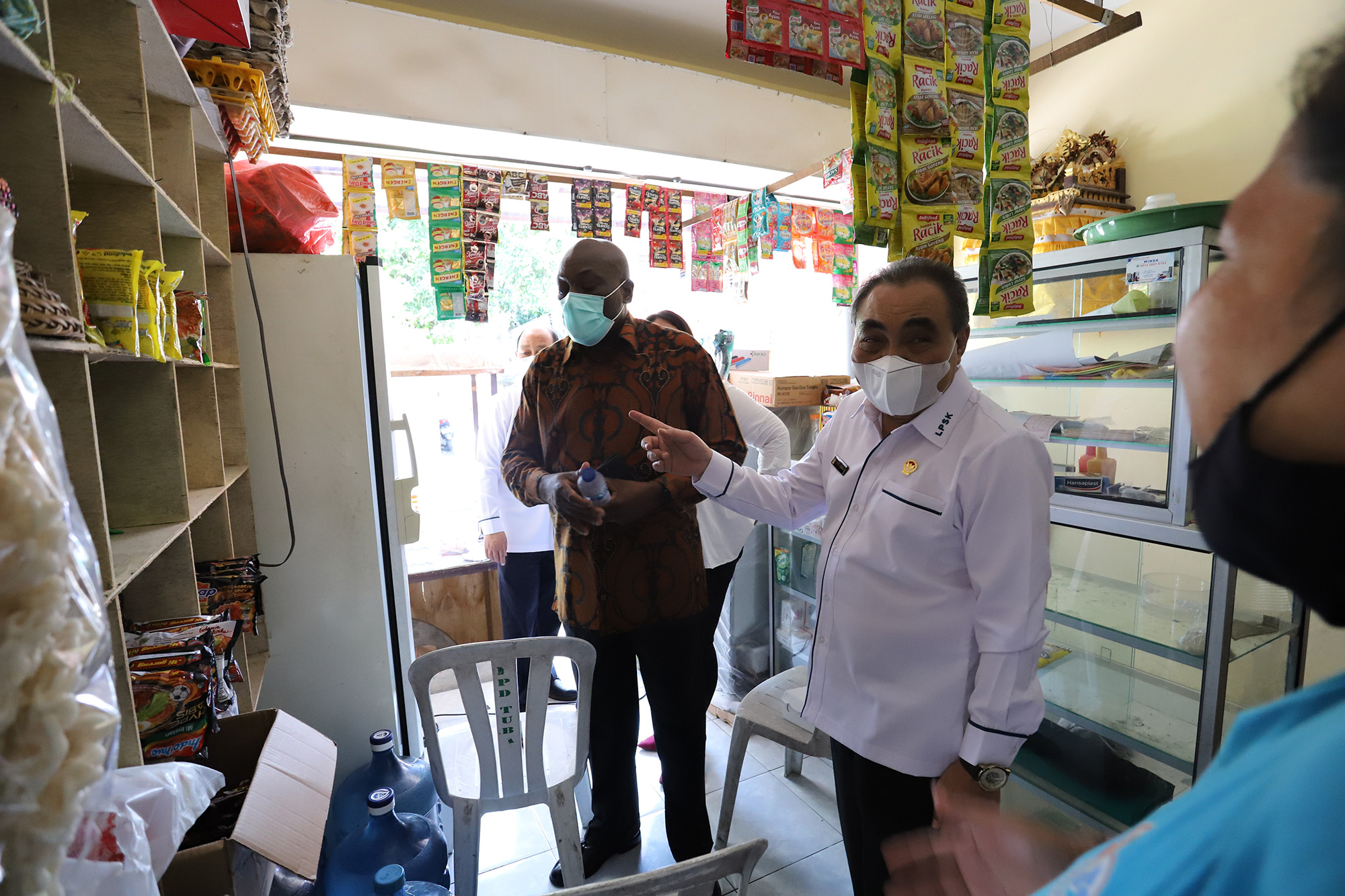 To date, 252 persons were compensated in 2021 and another 357 so far in 2022. Most of them are historical survivors of terrorism, harmed by terrorism acts that happened before the enactment of the Anti-Terrorism Law 5/2018. On 18 February 2022, during a ceremony in Bali, LPSK handed over financial compensation to 43 survivors.

During the handover ceremony, Dr. Hasto Atmojo Suroyo, the Head of LPSK, stated that, “This handover is the result of the long-lasting cooperation and collaboration between many agencies involved. It signals our highest appreciation to the survivors for their persistence shown over the years.” He also added, “After the handover of compensation, LPSK hopes that the local government and other entities can step up and further support to the survivors of terrorism in the form of other assistance such as vocational training and other programmes to improve their quality of life.” 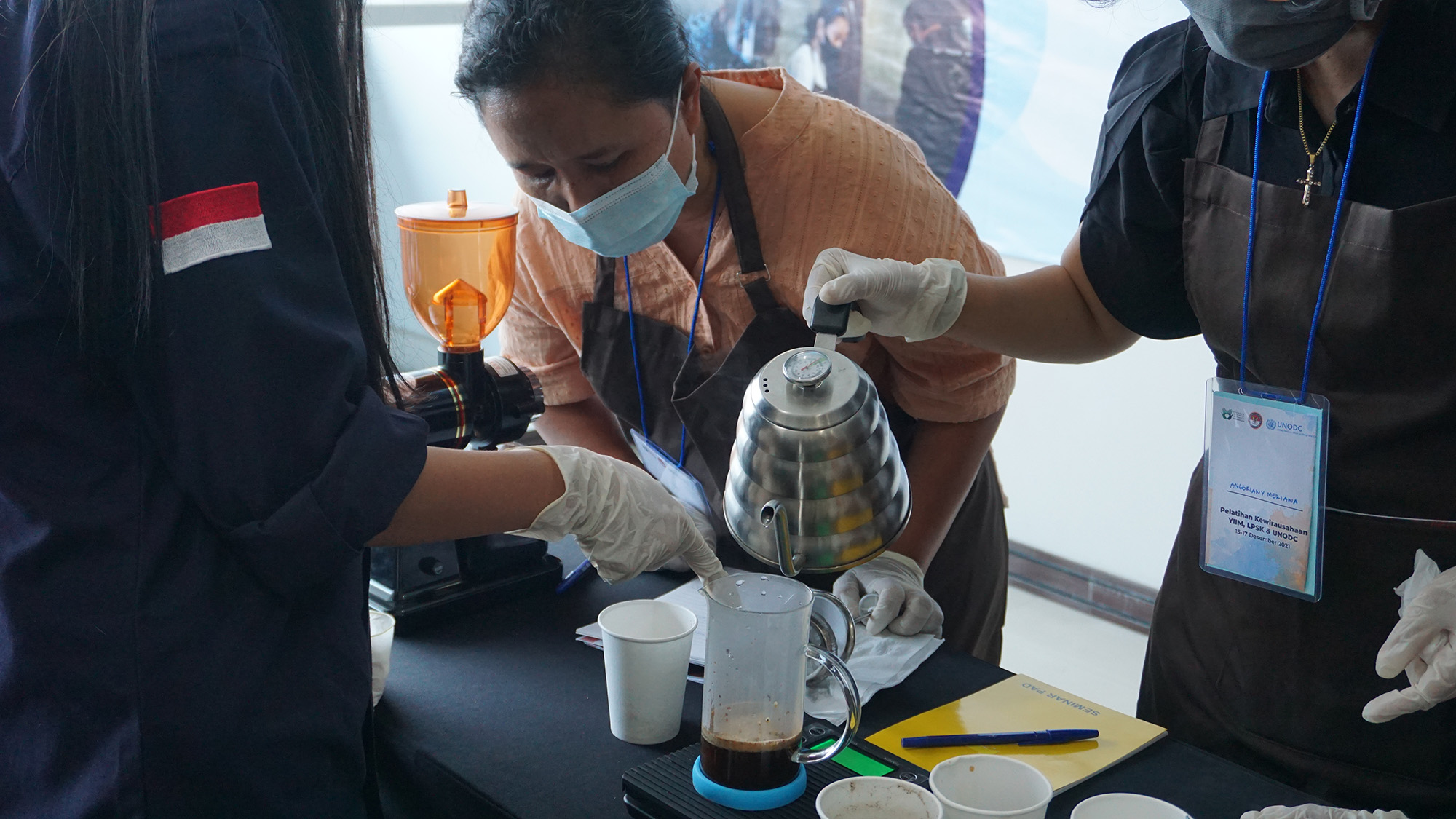 Following the handover ceremony, the Head of LPSK and Mr. Collie F. Brown, UNODC Country Manager, visited the business locations of several survivors who previously received compensation and training in 2021 and have started small businesses, mainly roadside food stalls (warung), a popular enterprise in Indonesia.  UNODC, LPSK and YIIM also used the occasion to handover  equipment to support their businesses.

“This form of support is tangible and can be directly felt by the beneficiaries. I really hope that the cooperation between UNODC and LPSK can continue in the future with a wider impact,” stated the UNODC Country Manager during the visit to a small local shop set up by one of the survivors in Jimbaran, Bali.

UNODC support for survivors of terrorism is part of the Guyub Project, supported by the UN Human Security Trust Fund. One of the project’s objectives is to break the cycle of violent extremism and enhance the human security of those affected by terrorism.