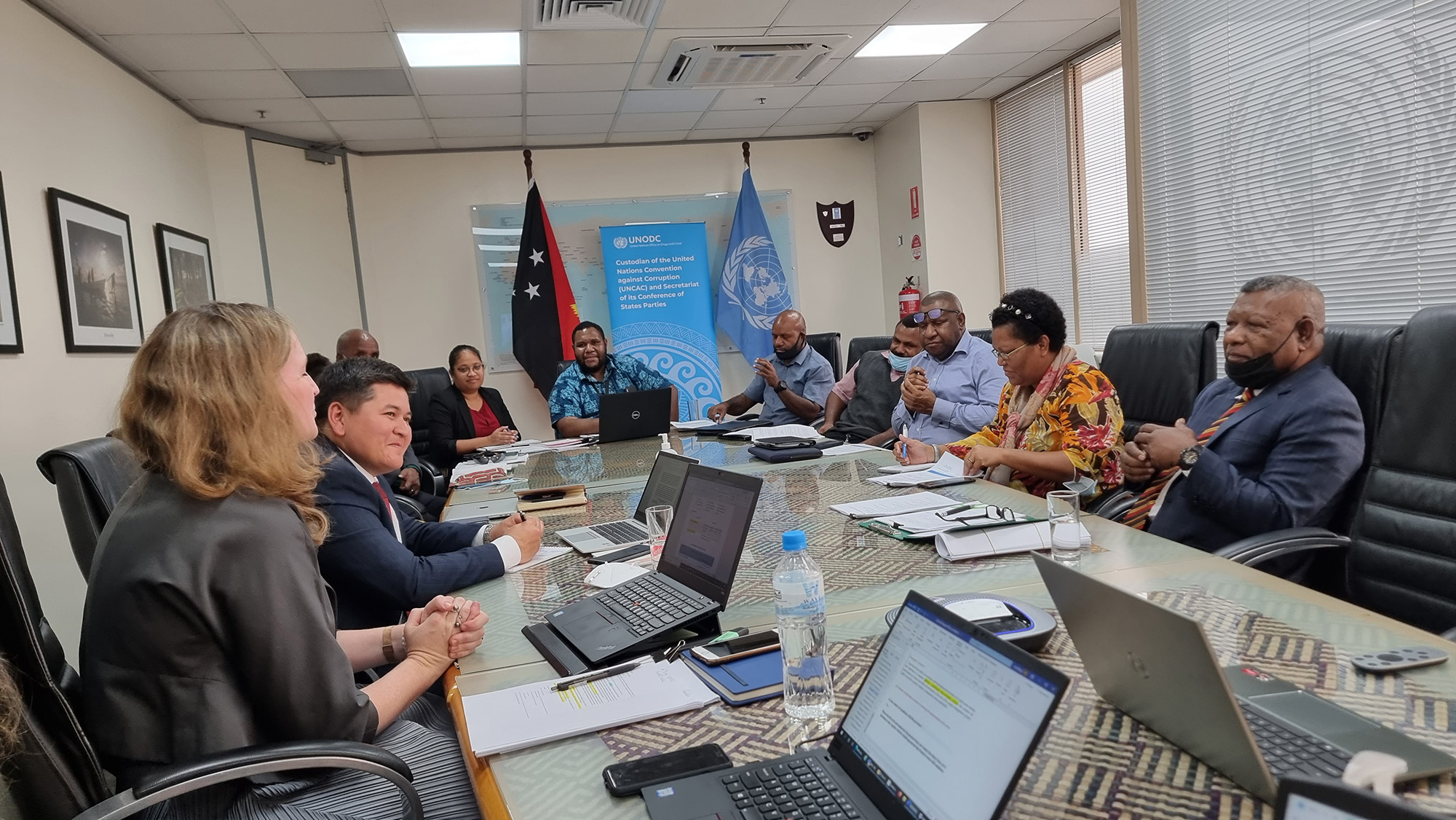 Port Moresby (Papua New Guinea), 10 May 2022 - UNODC, the guardian of the UN Convention against Corruption (UNCAC), is facilitating a three-day country visit to Papua New Guinea (PNG) this week to review their implementation of UNCAC Chapters II (Preventive Measures) and V (Asset Recovery) under the Convention’s Implementation Review Mechanism.

The reviewing experts from Burundi and Kyrgyzstan are participating in this country visit with the support of UNODC as Secretariat of the process. Amongst others, the participating PNG stakeholders are the Independent Commission Against Corruption (ICAC), the Department of Justice and Attorney General, the Department of Prime Minister and National Executive Council (PMNEC), the Public Service Commission, the Ombudsman Commission, the Financial Analysis and Supervision Unit and the National Fraud and Anti-Corruption Division of the Royal PNG Constabulary, as well as Transparency International PNG. All are discussing PNG’s successes and
challenges in implementing the UNCAC.

“This is an opportunity for PNG to showcase its anti-corruption work to date and a useful exchange of experiences for me,” said Mr. Talant Mamyrov, Deputy Head of the International Legal Cooperation Division, Attorney General’s Office of Kyrgyzstan. 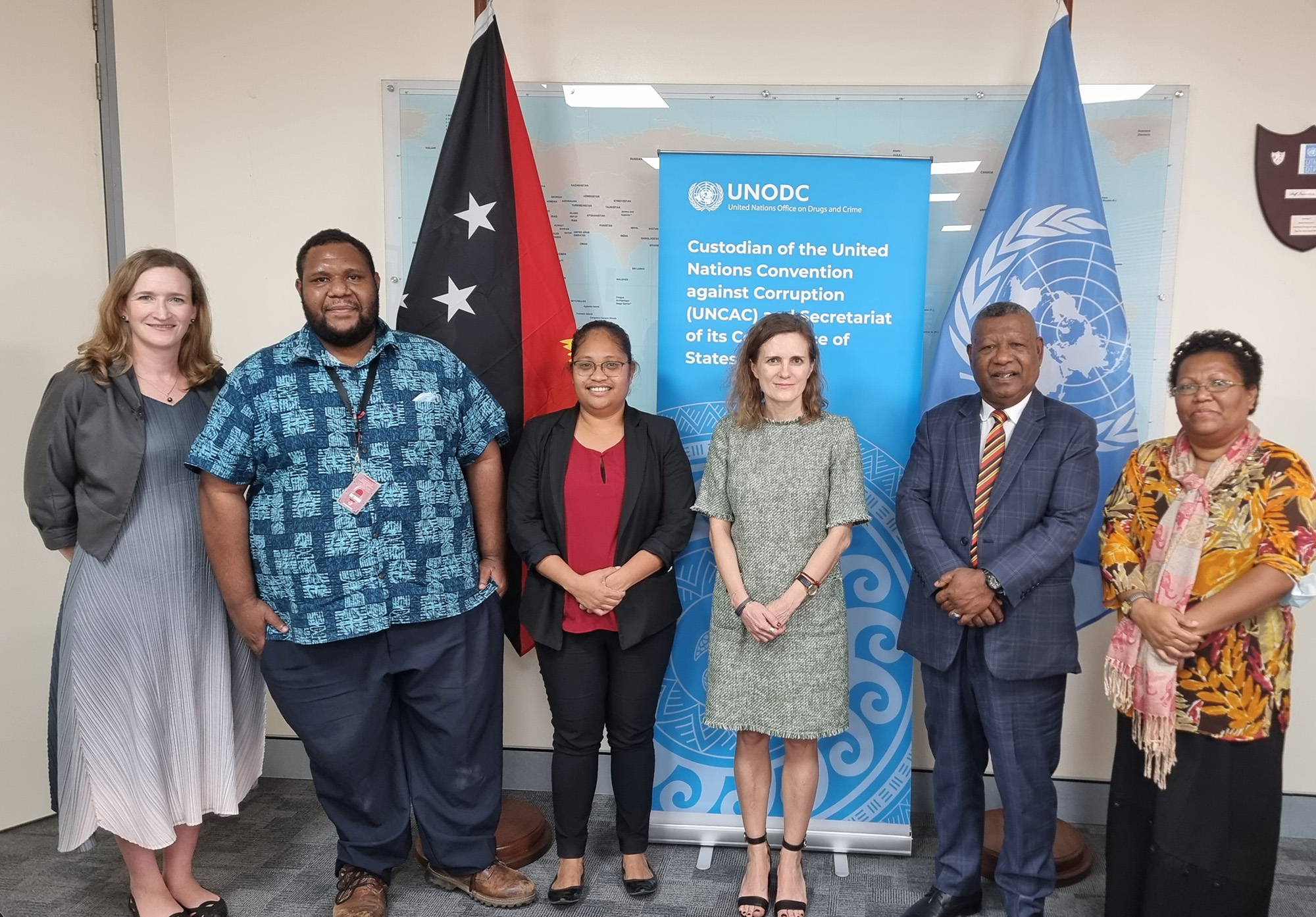 “The UNCAC review process enables PNG, which ratified UNCAC in 2007, to participate in a peer process to benchmark what has been achieved and what still needs to be done to strengthen anticorruption in the country,” said Ms. Annika Wythes, UNODC Regional Anti-Corruption Adviser - Southeast Asia and the Pacific.

UNODC is already supporting the PNG Government and ICAC in the framework of the ‘Project on Preventing and Countering Corruption in Papua New Guinea’ (the ‘PNG Anti-Corruption Project’), implemented jointly by UNODC and the UN Development Programme (UNDP) Papua New Guinea, with funding from the European Union (EU).

“UNODC has assisted the Interim ICAC in its establishment work through engagement with other international and regional anti-corruption agencies and through the UNCAC processes. The new EU-supported PNG Anti-Corruption Project enables UNODC and the ICAC to move to implementing the crucial legal procedures to fully establish the ICAC,” said Mr. Gunn.

Papua New Guinea last underwent a review into its UNCAC engagement in 2012. The published report of that review is available at: https://www.unodc.org/documents/treaties/UNCAC/WorkingGroups/ImplementationReviewGroup/ExecutiveSummaries/V1383889e.pdf