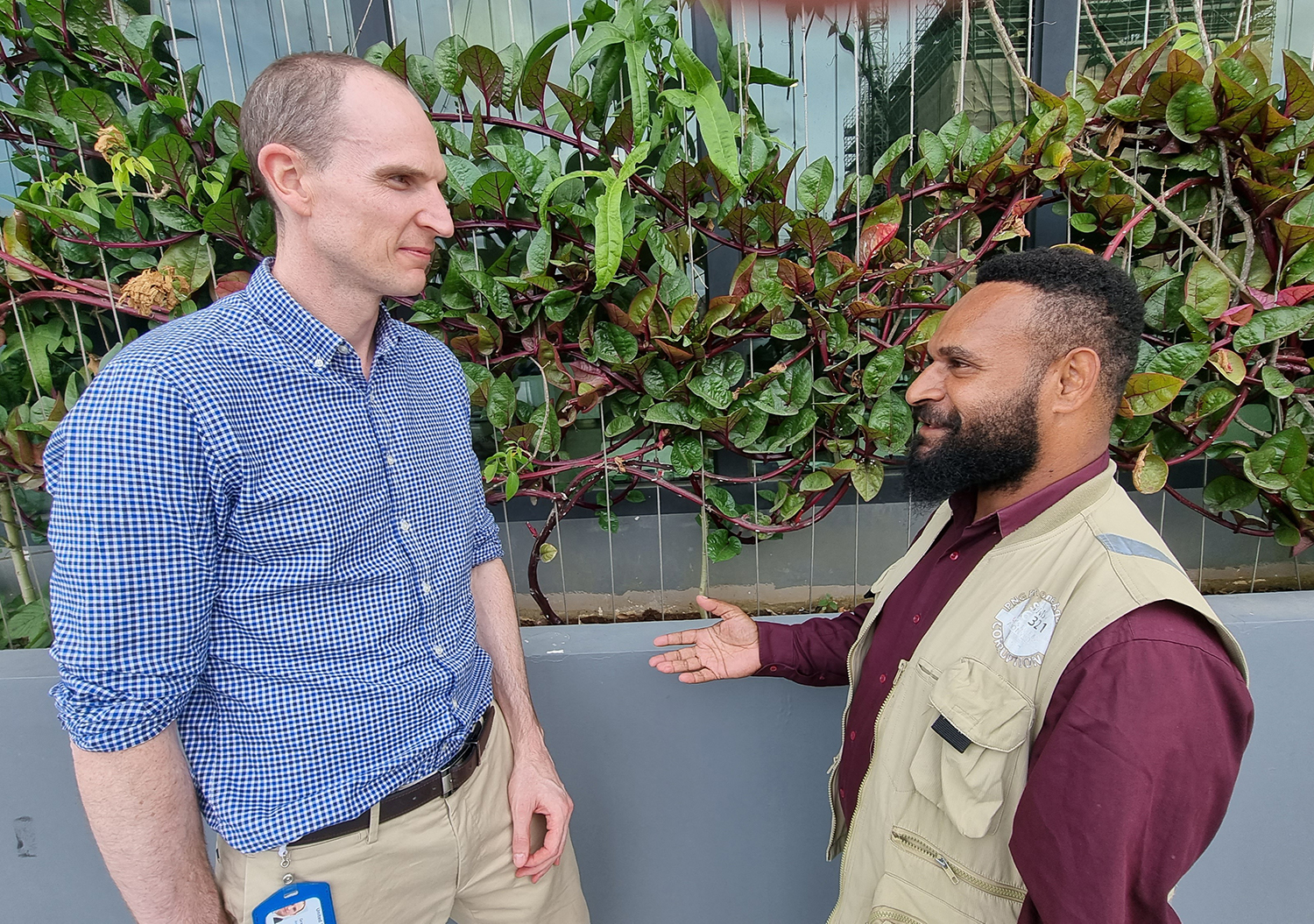 Port Moresby (Papua New Guinea), 20 May 2022   Papua New Guinea youth advocate Jessy Sekere is making sure that the voice of Pacific youth is being heard on anti-corruption, both internationally and locally.

Building on last year’s UN General Assembly Special Session against corruption (UNGASS), hosted by the UN Office on Drugs and Crime (UNODC), regional stakeholders have begun implementing the UNGASS recommendations. The 18 Pacific Leaders, through the Pacific Islands Forum,  have endorsed the Teieniwa Vision as the Pacific roadmap to implement anti-corruption reforms.

To engage youth in the international anti-corruption agenda, UNODC helped form the YouthLED Advisory Board, where Jesse Sekere is working with 34 other international youth representatives to promote transparency, accountability and integrity in their communities.

“Being one of 35 members on the YouthLED Board and as the Pacific youth representative, it is an opportunity as a young person to be an advocate for anti-corruption. I am just one of many young voices in Papua New Guinea. Our country belongs to the youth, and if we can provide good education to young people on preventing corruption then we can see real changes in our country,” said Jesse Sekere, in Port Moresby.

In May 2021, 850 young people from 122 countries gathered online for the UNGASS Youth Forum against Corruption to discuss the effects of corruption on young people and how the international community can better empower youth to actively engage in and help lead the design of future anti-corruption efforts.

“If we can be given a voice, I believe we can make a difference because a voice will not only give us the authority and energy, but it will also motivate us to do good and promote anti-corruption, and become the champions to fight against corruption,” said Jesse.

“We know corruption is happening everywhere and we call on not only our country but other parts of the world to stand up for what is right and stand up against corruption.” 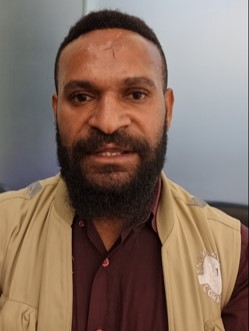 Jessy Sekere has a Bachelor’s and Master’s Degree in Applied Physics with Electronics and Instrumentation from the PNG University of Technology. He is currently working with the Department of Information and Communication Technology (ICT) as a senior policy officer.

Having demonstrated leadership at various levels, both locally and internationally, he was appointed as the PNG Unitech Postgraduate Representative in 2020 while a student at the University. At the Department of ICT, he has taken the lead in developing various policies, including the National Cybersecurity Policy, Government Cloud Policy, Data Governance Policy, Freedom of Information Policy, and the Universal Access Services Policy.

As one of the highlights of his local action is him helping organize the National ICT Summit of November 2021. He also took part in workshops and meetings with other government partners on new initiatives to combat corruption and to promote transparency, accountability and good governance, including in relation to the PNG National Anti-Corruption Plan of Action (NACPA) and the Open Government Partnership (OGP) plan of Action. 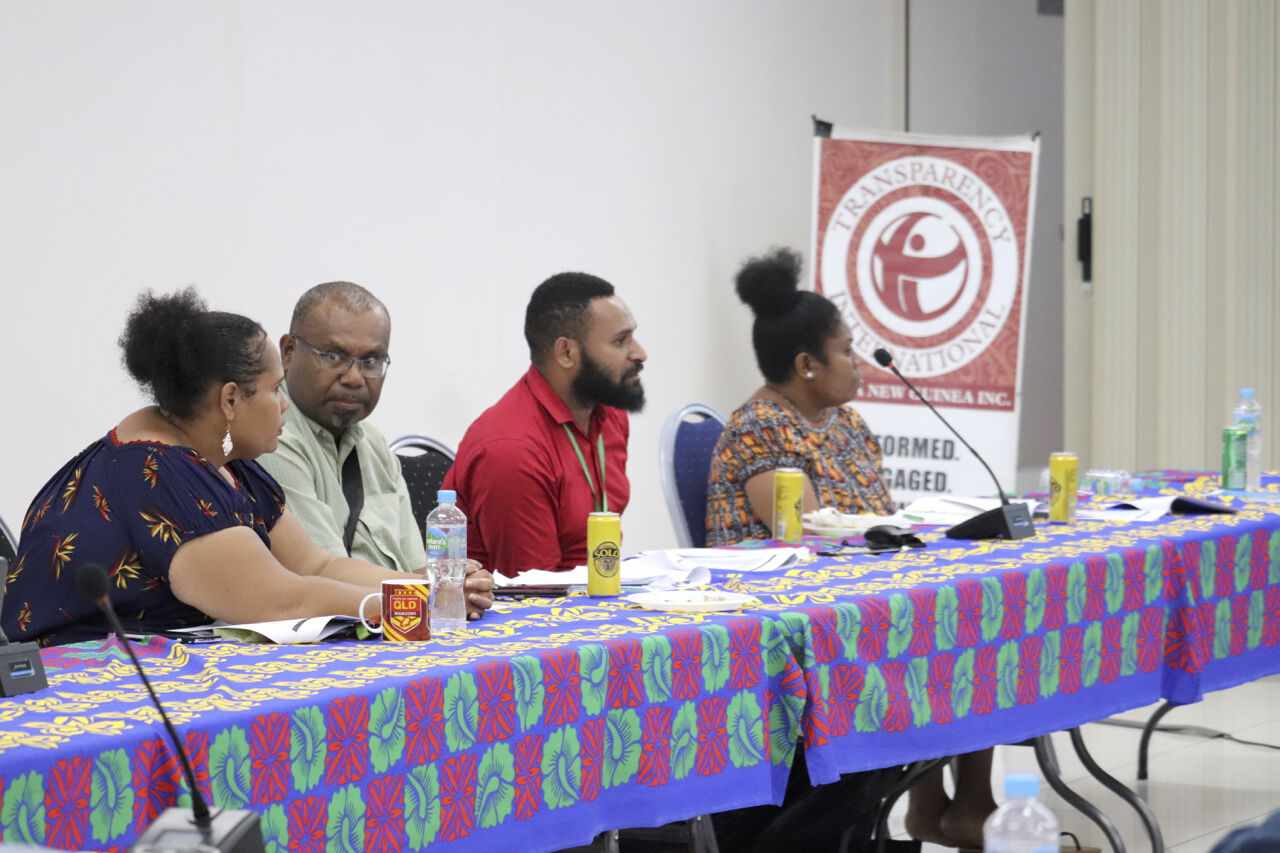 In terms of international exposure, he attended the 2021 OGP Global Youth Summit, which was according to him a great educational, professional and personal growing experience, especially for meeting different people from different backgrounds and working in a team with other participants. He participated in all three areas of the discussions: Anti-corruption, Civic Participation and Public Policy, and Inclusive Digital Innovation.

Later in 2022, he will be joining the Pacific Fusion Center in Vanuatu as a Pacific Analyst, for a period of six months.

“In PNG we can all see what is happening, with corruption. Yes, there is corruption elsewhere in the world, but as locals the problem in PNG is that it is very corrupt and happening in front of our eyes. But some of us are pretending that it is not happening. So, in speaking as a Papua New Guinean, I think that if we are able to stand up for what we believe and what is right for our country and our people and our future. I think that is the best thing we can do for the future generations still to come,” said Jessy Sekere.

Jesse has participated actively in the Transparency International PNG-led Open Government Partnership process. “TIPNG is pleased with Jessy Sekere's UNODC international GRACE YouthLED Board position as the Pacific youth representative. Jessy has been a vocal supporter for the need for access to information in Papua New Guinea, through the OGP process, and we look forward to this appointment further empowering him and other Papua New Guinean youths,” said Mr Yuambari Haihuie, Deputy Director (Partnerships & Policy), Transparency International PNG.

UNODC PNG Anti-Corruption Adviser, Graeme Gunn praised the contribution of Jesse Sekere and other PNG youth in fighting corruption and for stepping up to represent Pacific youth on the YouthLED Advisory Board as part of UNODC Global Resource for Anti-Corruption Education and Youth Empowerment (GRACE) Initiative.

“Young people in PNG like Jesse can demonstrate how citizen advocacy can encourage greater transparency and accountability through open government processes. Young people becoming involved in grass-root organizations like TIPNG and demonstrating integrity in their own work throughout PNG can make a real difference,” said Mr Gunn.