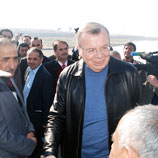 1 December 2010 - As part of his visit to West and Central Asia, Yury Fedotov, Executive Director of UNODC yesterday met with Tajikistan officials to discuss increased cooperation to tackle drug trafficking.

"The flow of drugs from Afghanistan poses a serious threat to security and development throughout Central Asia, and Tajikistan is the first line of defence", said Mr. Fedotov. "We appreciate the difficulties Tajikistan faces in carrying out this dangerous and daunting task", he added. Current estimates show that 15 per cent of all Afghanistan's opiates and 20 per cent of heroin is trafficked through Tajikistan.

The relationship between UNODC and Tajikistan stretches back to the late 1990s when the two entities joined efforts to establish a national Drug Control Agency and to improve operational capacity of the Tajik Border Forces. The current relationship largely focuses on these linked issues, with the aim of supporting law enforcement, capacity building, providing policy and legislation advice to Government institutions and reducing the spread of drugs.

In the eleven years since the Drug Control Agency was formed, 900 drug-related cases have been dealt with and 10 tons of drugs seized. Additionally, the Agency has been instrumental in providing information and leads on countless regional actions which have removed even more drugs from the international market. 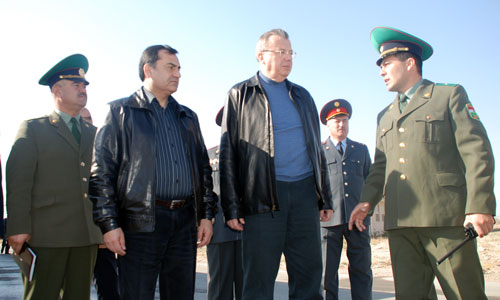 "Security ultimately means the ability to ensure the safety of citizens in every city, every village and every street. It is also based on people's confidence that they can live without fear of becoming victims of criminals and drug dealers. Tajikistan's counter-narcotic efforts have the potential to improve life for its own citizens, as well as for people throughout Central Asia and beyond", said Mr. Fedotov.

Following the meetings in Dushanbe, Mr. Fedotov flew to the Panji Poyon Bridge at the Tajik-Afghan border in Nizhniy Pyanj and met with local authorities to discuss successes and challenges related to drug trafficking at the border. He congratulated the work of the Department of Border Forces of the State Committee for National Security, adding: "without the ability to improve border management, all other aspects which are being implemented to crack down on the drug trade - particularly when dealing with cross-border trafficking - would be futile".