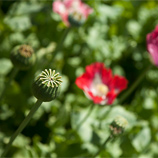 "Over the last decade, drug cultivation and production have been the most profitable illicit and criminal business activities in Afghanistan. We estimate that 80 per cent of the world's opium and heroin are produced in Afghanistan. The narcotics trade may be worth between 10 to 15 per cent of the country's GDP," said Mr. Fedotov.

Mr. Fedotov said illicit drugs were a multi-billion dollar business in the country that impacted on security, the rule of law, health, and sustainable development. Increased production, he said, was related to rises in global consumption, but also due to domestic speculation and corruption.

Although Afghanistan's illicit drug problem was formidable, the UNODC Chief said it would be "unfair to say that nothing has been done to confront this challenge." He noted that, despite the this year's election being the main priority of the security forces, eradication of the opium crop had continued.

He also pointed to the work of the counter-narcotic police. In 2013, he said, they undertook 440 operations resulting in 383 arrests, dismantled 2 heroin laboratories and seized 2.8 tons of opiates and 13.8 tons of precursor chemicals.

UNODC's role, Mr. Fedotov said, was to provide support and assistance to the relevant Afghan counter-narcotic authorities, and "to encourage them to do more".

A more comprehensive approach was needed, one that focused on promoting alternative development, delivering good governance, the rule of law, and anti-money laundering and anti-corruption activities, and generating the political will and international support to maintain a long-term engagement with Afghanistan.

Full speech of the Executive Director