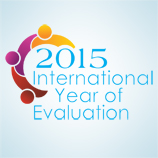 22 April 2015 - Ten million people are estimated to be incarcerated in prisons across the globe. Some of these individuals face prison conditions, including overcrowding, that can contribute to HIV transmission through drug use, needle sharing, tattooing and other risky behaviours. Prisoners' welfare is sometimes overlooked in these challenging conditions and HIV prevention and care programmes remain rare in some countries.

UNODC's Independent Evaluation Unit, in 2013, reviewed the organization's Global HIV programme for people who use drugs and people in prison and recommended expanding it to support prisoners' health. By following this recommendation, HIV programme managers added more countries to the programme and held the first Global Consultation on HIV in Prisons to further identify problems and solutions.

The HIV programme's work shows the strong links between evaluation and supporting vulnerable individuals. It also highlights a key aspect of evaluation, which is to bring change and improve the delivery of solutions on the ground.

Another example is UNODC's highly successful Global Counter-Piracy Programme. An evaluation of this programme led to it becoming a Maritime Crime Programme that, in partnership with member states, now concentrates on heroin trafficking, human trafficking, wildlife crime and fisheries crime.

The explicit connections between evaluation and policy were discussed at a high-level event held at the Hofburg, Vienna on 21 April. Titled, 'Accountability and Learning: Getting Results and Impact: The Use of Evaluation in Evidence-Based Policy Making', the event showed how evaluation plays a critical role in supporting efforts to build policies and programmes based on the evaluation's findings.

In his own welcoming remarks, the Executive Director of UNODC, Yury Fedotov, said, "Coordination and cooperation are essential, but are too often fragmented or inefficient. This high-level panel can help to address these key questions, and ensure that the full potential of evaluation is harnessed as a force for development and coordination, contributing to the improvement of peoples' lives everywhere."

Later in his speech, Mr. Fedotov said that evaluation capacities needed to be strengthened so that a clear understanding of development outcomes could be promoted at the national and local level. He noted, these in turn, would create effective policies and programmes that achieve the desired results and monitor progress.

Other speakers at the Hofburg event included the Secretary General of the Organization for Security and Co-operation in Europe (OSCE), Lamberto Zannier, the Director General of the United Nations Industrial Development Organization (UNIDO), Li Yong, and the Director General of the Department for Development Cooperation, Austrian Federal Ministry for Europe, Integration and Foreign Affairs, Peter Launsky-Tieffenthal, among others. The event was attended by180 representatives of ministries, inter-governmental organizations, civil society, private sector and academia.

In late-2014, a General Assembly resolution endorsed 2015 as the International Year of Evaluation and called for "capacity building for the evaluation of development activities at the country level." This was a specific recognition of the clear connections between evaluation and development.

As Secretary-General Ban Ki-moon acknowledged in a speech on 9 March at an event titled, 'Bridge to a Better World: Evaluation at the Service of the Post-2015 Agenda', "Evaluation is thus critical for promoting accountability and for understanding what we are doing right and what we may be getting wrong." He went on to say that evaluation will only grow in importance as Member States shape the post-2015 development agenda.

The UN's history of promoting independent evaluation arose out of a need to enhance the organization's projects and programmes, and to support fragile and vulnerable groups. Evaluation is driven by the belief that policy could, and should, be based on firm evidence and informed decision making, which in turn brings positive change to people's lives.