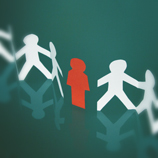 9 December 2015 - Today marks this year's International Anti-Corruption Day, with UNODC and the United Nations Development Programme (UNDP) calling for people across the globe to join a worldwide campaign to raise awareness about corruption and encouraging people from all walks of life to take action against this crime. The slogan 'Break the corruption chain' urges Governments, the private sector and the general public to jointly tackle this issue by changing their attitudes towards the problem.

The campaign also highlights that acting against corruption is imperative to achieving the recently adopted Sustainable Development Goals, which aim to end poverty, protect the planet, and ensure prosperity for all, amongst others. With reference to the new 2030 Agenda for Sustainable Development, United Nations Secretary-Gene ral Ban Ki-moon said in his statement that "our plan to end poverty and ensure lives of dignity for all, recognizes the need to fight corruption in all its aspects and calls for significant reductions in illicit financial flows as well as for the recovery of stolen assets."

In her video message for the day, UNDP Administrator, Helen Clark, reaffirmed the importance of addressing the challenges of corruption. She further added: "let us work to help break the culture of corruption and impunity, and help ensure that public institutions are trustworthy, that authorities are accountable for their decisions and actions, and that those engaging in corrupt action can expect to be subject to the rule of law."

Activities marking International Anti-Corruption Day are being carried out around the globe, including in Bolivia, Colombia, Guyana, Panama, Mexico, South Africa, Egypt and Tunisia, among many other countries. Events focussing on anti-corruption efforts range from meetings with the press to national conferences, through to trainings and youth engagement activities and even a flash mob as part of the wider public outreach.

An extensive social media campaign has been rolled out in the lead up to the day. Campaign materials are available at the International Anti-Corruption Day microsite and include a set of multi-language posters , which illustrate different ways in which the $2.6 trillion stolen each year through corruption are misspent.

The posters - which play on the well-recognized concept of online maps search - were created by Brazilian graphic designers Pedro Fernandes and Raphael Taira during the Young Lions Print Competition at the 2015 Cannes Lions International Festival of Creativity, in which UNODC participated.