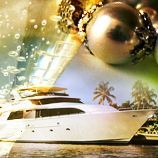 3 November 2015 - Speaking today at a side-event at the Sixth Session of the Conference of States Parties to the UN Convention against Corruption (COSP6) in St. Petersburg, Russia, UNODC Executive Director, Yury Fedotov, hailed the identification of corruption and bribery as a target under Goal 16 of the Sustainable Development Goals (SDGs).

"UNODC very much welcomes the international community's recognition that Goal 16 on justice and building effective, accountable and inclusive institutions is cross-cutting in its scope and impact," said Mr. Fedotov.

In his speech, during a side-event on countering corruption and the implementation of the SDGs, Mr. Fedotov made clear that reducing corruption and bribery, as well as addressing illicit financial flows and recovery of stolen assets, are critical to promote economic growth and investment.

"Such action," the UNODC Chief noted, "is also necessary if we want to confront organized crime and violence; stop the exploitation and trafficking of children and women; preserve the environment; ensure sustainable consumption and production; reduce inequality; and build resilient infrastructure."

Titled "Countering corruption and the implementation of Agenda 2030 and the Sustainable Development Goals," the event attracted other high-level speakers, including the Under-Secretary-General for Economic and Social Affairs Wu Hongbo and the Minister of Justice of Lebanon and Chair of the Arab Anti-Corruption and Integrity Network, Ashraf Rifi.

The SDGs, approved in late September at a summit in New York, identified corruption and bribery as a target of Goal 16, and it is viewed as essential to achieving many of the other targets under this and other goals, and realizing the whole of the post-2015 development agenda.

Underpinning efforts against corruption and bribery is the UN Convention against Corruption, which has created a well-established peer review mechanism, now going into its second cycle. The review mechanism has helped identify the technical assistance needs of developing countries, so that targeted anti-corruption support can be provided to nations.

Speaking about UNODC's own anti-corruption activities, Mr. Fedotov said the organization was working as the secretariat to the Implementation Review Mechanism, and offered "long-standing research expertise on all aspects of crime, including surveys on the experience of bribery, can help to support implementation of Agenda 2030".

More than 1,000 people from Member States, parliaments, inter-governmental organizations, civil society, the private sector and journalists from a broad range of national and international media are attending COSP6. More than 30 side events are being held on the margins of the conference on how to better tackle corruption.

Video of the remarks at the meeting