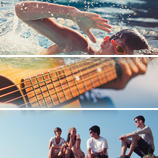 10 September 2015 - UNODC, through its Deputy Executive Director, addressed a high-level conference aimed at enhancing the mechanisms to stem the increasing spread of illicit drugs amongst young people, organized under the Serbian Chairmanship of the Organization for Security and Co-operation in Europe (OSCE). The two-day event was held at the Hofburg palace in Vienna, bringing together practitioners from national administrations, representatives from youth initiatives and civil society organizations (CSOs) as well as international and regional organizations.

The objective of the conference was to provide a platform for representatives of both OSCE participating States and Partners for Cooperation to discuss ways in which non-law enforcement agencies and CSOs can collaborate with law enforcement services in their efforts to address the links between young people and illicit drugs. Furthermore, the conference sought to identify measures that can be taken to protect children and young people from the illicit use of narcotics; to enhance and streamline international cooperation in the prevention of illicit drug supply to youth; to raise the awareness of drug problems among youth in the OSCE area; to support the delay in the age at which illicit drugs are first used; and to review other practical aspects of drug demand reduction. The high-level meeting also reviewed a potential OSCE engagement in the preparation of the UN General Assembly Special Session world drug problem (UNGASS) in 2016.

In the UNODC statement at the opening of the conference, scientific evidence-based approaches to addressing drug demand reduction challenges were highlighted, along with the notion that substance abuse should not be seen only as a security threat, but rather as a consequence of a compromised security at the individual level as well as a social, public, developmental and economic challenge. In this context, it was noted that, for UNODC, it is always important to focus on the human dimension of the drug problem: namely, the men, women and children affected in many ways by drug use and dependence including all its negative health and social consequences. Participants were briefed on UNODC's efforts to promote a health-centred, rights-based approach, rooted in the international drug control conventions, as well as the value of evidence based prevention and treatment. UNODC Executive Director, Also Lale-Demoz, further stressed that a health-oriented approach focused on supporting the healthy and safe development of children and youth, ensuring they would grow into adulthood as productive members of our society. The UNODC representative also spoke about the UNODC-OSCE work in Central Asia, as well as the achievements under the UNODC Regional Programme for South Eastern Europe.

The conference is in line with the Joint Action Plan between UNODC and the OSCE and contributes to the active ongoing cooperation between the two Organizations, based on the complementarity of their mandates, whereby the OSCE is primarily a political forum and UNODC a practical supporter of countries in building their capacities. In their partnership, UNODC and the OSCE are applying coherent and complementary approaches to assist the countries in the OSCE area.