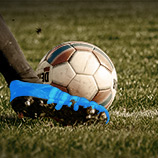 7 December 2018 - More than 100 Ministers, international sports organisations and experts from around the world met in London on 6 December to reaffirm the global commitment to tackling corruption in sport.

Delegates at the International Partnership Against Corruption in Sport (IPACS) summit discussed how to manage conflicts of interest in awarding major sporting events to ensure the process is fair and transparent. They also explored tools to prevent corruption around procurement at sports events and the way infrastructure contracts are awarded.

United Nations Office on Drugs and Crime Executive Director Yury Fedotov said that "In all of our efforts to combat corruption and organized crime, UNODC emphasizes the need for multi-stakeholder approaches which can set international standards and build capacities, while harnessing the expertise and experience of all actors."

He also called IPACS, of which UNODC is a core member, a great example of such an initiative, and said that "Together we can promote integrity, stop criminals from exploiting sport for illicit gain and harness the power of sport as a force for development and peace."

This was the first high-level IPACS meeting since the partnership was launched at the International Olympic Committee's (IOC) International Forum on Sport Integrity in February 2017. The partnership's mission is to bring international sports organizations, governments and inter-governmental organizations together "to strengthen and support efforts to eliminate corruption and promote a culture of good governance in and around sport."

Next to UNODC, the following organizations form part of the core group, which co-ordinates the partnership's activities: The Council of Europe, the IOC, the Organisation for Economic Development and Cooperation (OECD), and the Government of the United Kingdom.

Attendees at the three-day summit included representatives from the Beijing 2022 Winter Olympics and Paralympics, the British Olympic Association and British Paralympic Association, Interpol and the Commonwealth Games Federation.

Resolution 7/8 on Corruption in Sport

The International Partnership against Corruption