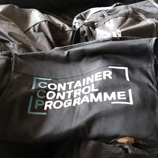 In April 2019, World Customs Organization (WCO) training experts conducted an initial training on risk profiling of containers in La Paz, Bolivia, in the framework of the Container Control Programme (CCP), a joint initiative by the United Nations Office on Drugs and Crime (UNODC) and WCO.

In cooperation with the officers of the newly formed (Dry-)Port Control Unit of Bolivia, they identified a container with wood which met several risk parameters. As this container was destined for Belgium and already on its way, the Bolivian authorities were encouraged to inform their Belgian counterparts about the suspicious shipment via ContainerComm, a secured WCO communication platform. A subsequent control of this container at its arrival in Belgium led to the detection of 290 kilograms of cocaine.

Further analysis in Bolivia revealed another container loaded with wood and also destined for Belgium; again, the Belgian authorities were informed about the risk criteria linked with this second container. After its arrival in Belgium, another 390 kilograms of cocaine were seized.

Parallel investigations in Bolivia and Belgium were initiated which resulted in numerous raids of companies, houses, garages and sawmills and the arrests of several persons.

"This is an excellent example of international cross-border cooperation underlining the big potential of cooperation in the framework of the UNODC-WCO Container Control Programme", said the CCP regional coordinator for Latin America and the Caribbean, Bob Van den Berghe.

The CCP is currently operational in 51 countries, with more than 90 dedicated risk profiling units established. Further expansion of this joint initiative is in progress. In 2018, the work of the Port and Air Cargo Control Units established via the cooperation with WCO and UNODC resulted in the seizure of a total of 51.9 tons of cocaine, approximately 1 ton of heroin, 76.7 tons of precursor chemicals, 25 detections of strategic goods, more than 350 million cigarettes and numerous other illicit and / or smuggled goods.

The implementation of the CCP activities in Bolivia is funded by the European Union.