09 May 2017 - As part of its Education for Justice (E4J) initiative, UNODC is seeking to promote values among primary-level school children and in this context held a workshop in May at the Carmen Sole Bosch school on the outskirts of Panama City. Over 230 children from pre-kindergarten to second grade took part in the one-day workshop during which integrity, honesty and ethics was taught at this early - and highly formative - age.

Run by UNODC Panama, and supported by E4J, the workshop revolved around the character duo Dogui (a dog) and Dengoso (a mosquito), two characters that were created by UNODC's Panama Office. The former represents the positive: Dogui goes to school, cares about others and advocates the values which are key to a safer and more just world; Dengoso, on the other hand, is an antagonist and a negative influence: constantly trying to persuade Dogui to follow the less honest path by lying and cheating. 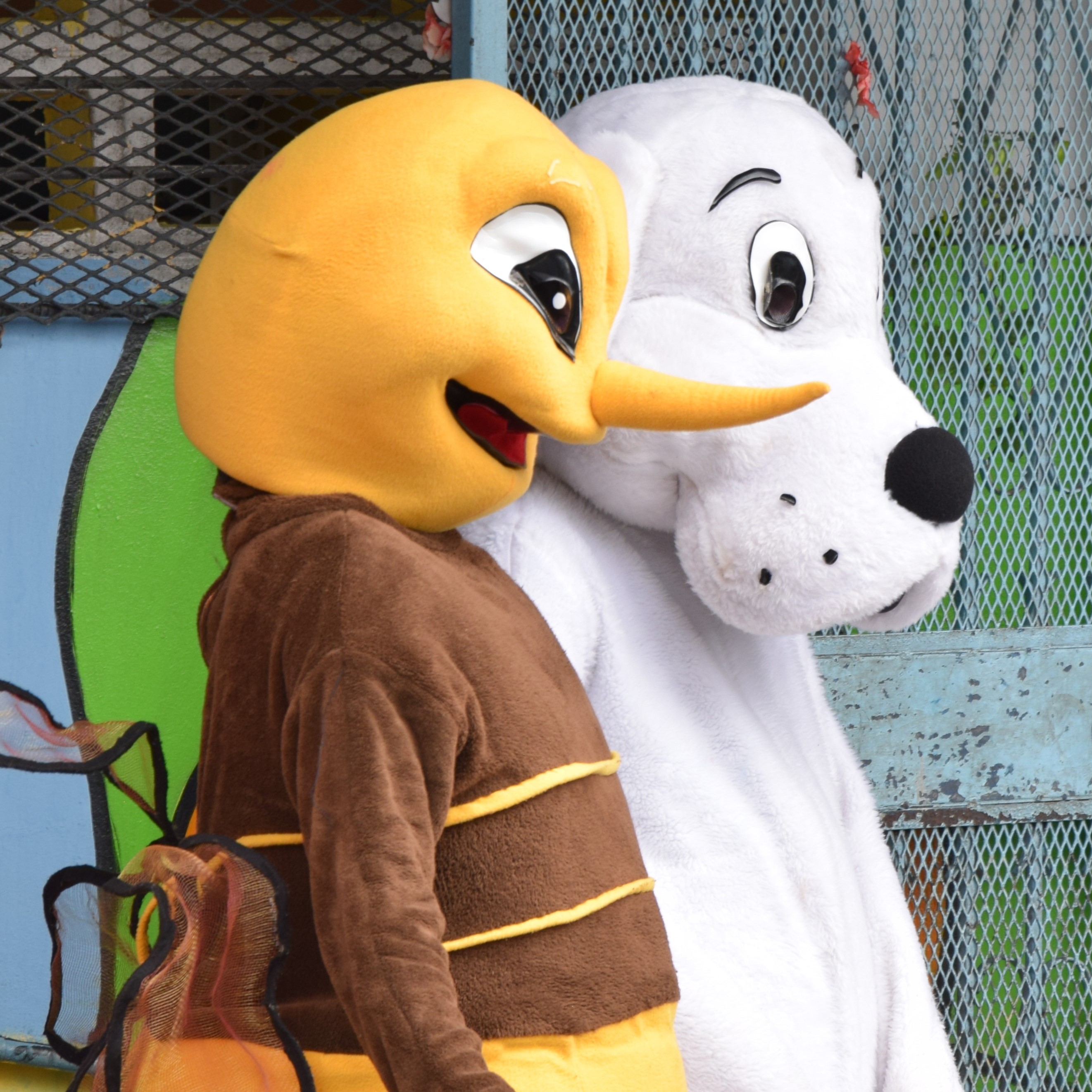 By using a fun yet highly informative colouring book, which deals with some of the key social issues facing children, different obstacles within diverse social contexts are highlighted. And much to the surprise - and sheer joy - of the children, the characters were also present at the school to meet and expand on the values being taught.

After the workshop, these pupils, along with a further 200 from other primary grades, participated in a cultural event focussing on values through education. Students from each grade entertained the audience with their talent through acting, singing and dancing.

Police community engagement wrapped up the day's activities - an essential element in building trust and furthering the values and skills being taught to the children. After the workshop and talent show, the national police's canine unit put on a special show, which was enjoyed by children, teachers and UN staff alike.