UNODC, ILO call for action to prevent and respond to abusive and fraudulent labour recruitment 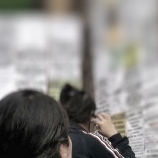 29 June 2015 - In today's globalized economy, workers are increasingly compelled to look for job opportunities far away from home, and many find employment in countries other than their own. With this in mind, UNODC, in partnership with the International Labour Organization (ILO), have launched a global call for action to prevent and respond to abuse and fraud in the recruitment of labour. The initiative was unveiled at a side event during the 29th Session of the Human Rights Council in Geneva, as part of a series of joint efforts which include studies on human trafficking prevention through the regulation of labour recruitment, and fees and abusive recruitment practices and their relation with trafficking in persons. These initiatives enjoy the support not only of Governments, but of representatives from employer and labour organizations worldwide.

While labour mobility brings benefits to millions of workers and their family members, for many it comes at a high price, particularly when it is not properly regulated. Both public and private employment agencies can play an important role in mediating opportunities for full and productive employment and decent work, and in promoting the efficient and equitable functioning of labour markets. Across the world, however, concerns are being raised about unscrupulous employment agencies, informal labour recruiters and criminal traffickers who prey on the low-skilled and migrant workers in particular, acting outside legal and regulatory frameworks. Reported abuses include deception about the nature and conditions of work, retention of passports, deposits and illegal wage deductions, charging of recruitment fees to workers, debt bondage linked to the repayment of recruitment fees, and threats of violence or deportation. These abuses derive from gaps in the governance of labour recruitment, especially across international borders.

ILO and UNODC have thus joined forces to promote fair recruitment practices within and across countries. The ILO's Fair Recruitment Initiative, which has also gained support within the Global Migration Group, aims to prevent human trafficking and forced labour within and across borders; protect workers, in particular migrant workers, from abusive and fraudulent recruitment practices; reduce the human, social and economic costs of labour migration and enhance development outcomes for migrant workers and their families, as well as for countries of origin and destination. Synergies and cooperation is being built with other relevant initiatives, including IOM's initiative on Ethical Recruitment. The Fair Recruitment Initiative is grounded in international standards and guiding principles, notably ILO Conventions, Protocols and Recommendations, the UN Trafficking in Persons Protocol, and the UN Guiding Principles on Business and Human Rights.

Based on those above-mentioned international commitments and principles, ILO and UNODC call on governments, social partners, businesses, other international agencies, and all concerned stakeholders, as appropriate and in line with their respective roles and mandates, to strengthen their efforts to address abusive and fraudulent recruitment practices by considering the following actions:

UNODC's work on trafficking in persons