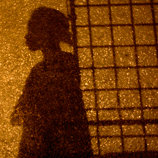 5 August 2016 - In recent days, two countries in different parts of the world have stepped up their efforts to address human trafficking in their respective national contexts. The worldwide Blue Heart Campaign against Trafficking in Persons welcomed its two newest partners, as Guatemala and Zimbabwe joined global efforts to raise awareness on the plight of the victims of this crime.

In Guatemala, the Blue Heart Campaign was launched in the past days at the National Palace, in the country's capital, with the attendance of Government representatives and the diplomatic community. During the official launching ceremony, attendees proceeded to sign the Blue Heart Pact, highlighting their commitment to tackle human trafficking. A parallel launch took place in the city of La Antigua, aiming to promote the full involvement of local municipalities in the activities carried out in the context of the campaign.

During his keynote address, Emmerson Mnangagwa, Vice President of Zimbabwe, acknowledged the technical support provided to the Inter-Ministerial Committee on Trafficking in Persons by UNODC, the International Organization for Migration, and the Secretariat of the Southern Africa Development Community in the development of the NAPLAC. He also discussed the significance of the World Day as one to raise awareness on the plight of victims of trafficking in persons and to promote and protect their rights.

The Blue Heart Campaign is a global initiative to combat human trafficking and raise awareness around its impact on society. To date, it has been adopted by 16 countries, and seeks to encourage involvement and inspire action to help stop this crime through awareness raising efforts and online promotion, including arranging a variety of art, culture and sporting events. It also builds political support to fight the criminals behind trafficking.