The substances controlled under the international drug conventions produce psychoactive effects through a handful of pharmacological mechanisms. These include

This approach allows the assignment of the majority of new psychoactive substances  into six main ‘effect’ groups (figure below). Some substances may produce effects resulting from more than one of the aforementioned groups. In collaboration with the US Drug Enforcement Administration (DEA), studies of the pharmacology of a range of NPS are available through the UNODC Early Warning Advisory (EWA)  and can be accessed at the following pages: 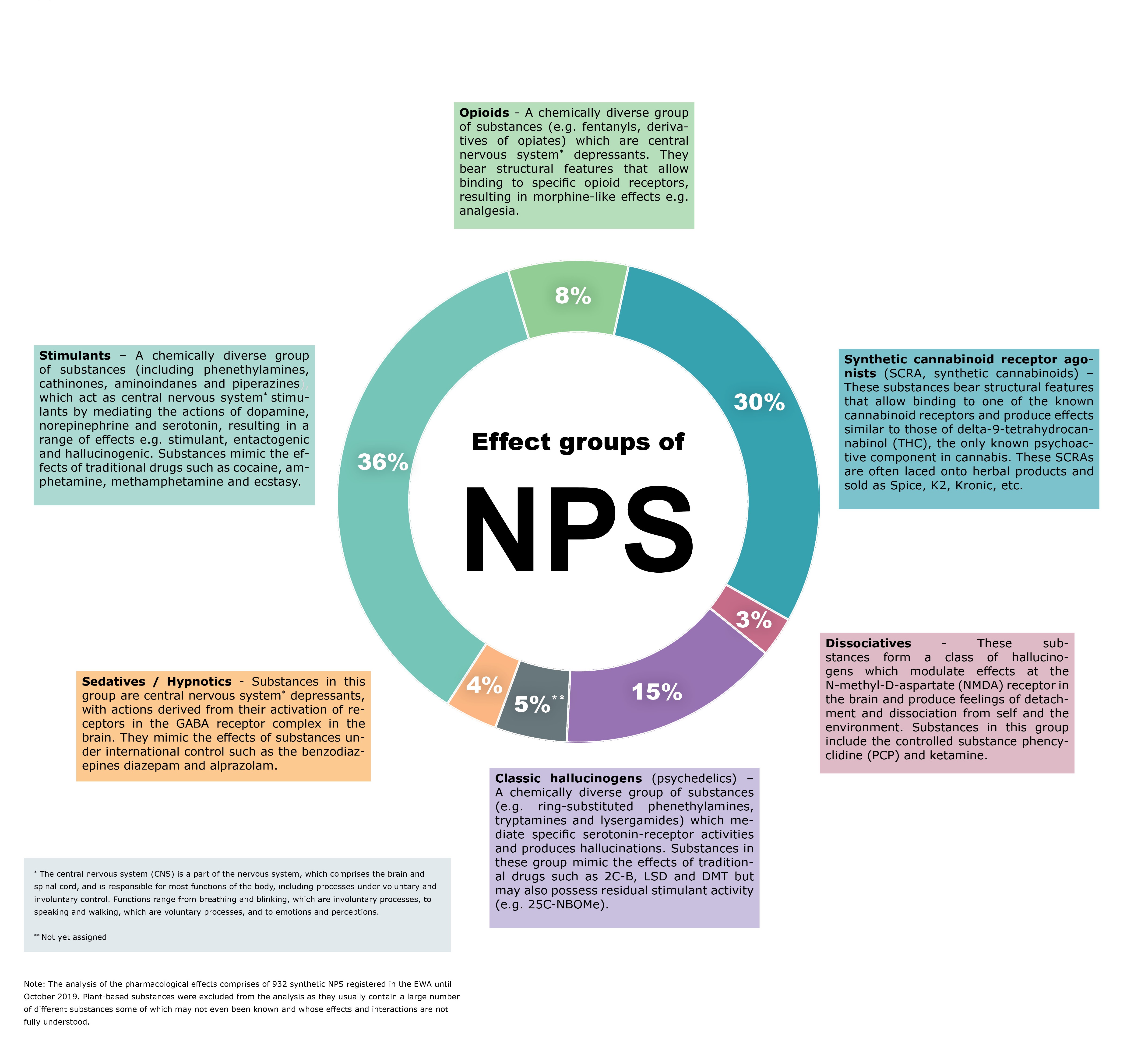