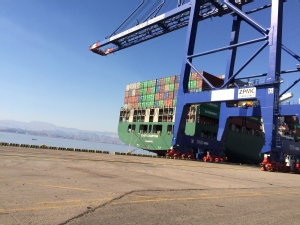 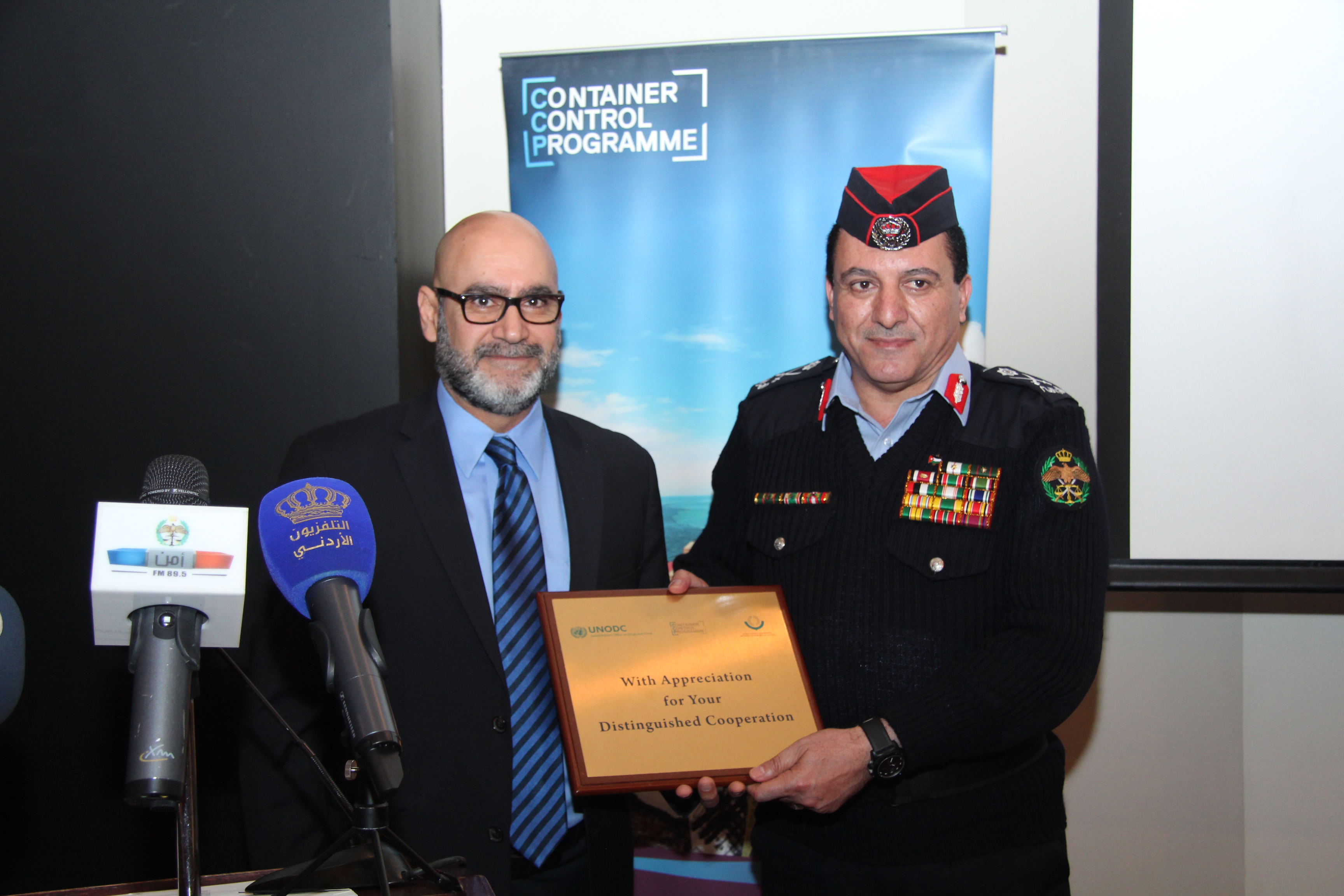 UNODC and the World Customs Organization (WCO), in partnership with the General Secretariat of the Arab Interior Ministers Council and under the auspices of Jordan, organized the first Regional Meeting in the Middle East and North Africa on the UNODC-WCO Container Control Programme (CCP) on 1-2 December 2015 in Amman, Jordan. Twelve Arab countries (Bahrain, Egypt, Jordan, Lebanon, Libya, Oman, Palestine, Qatar, Saudi Arabia, Sudan, Tunisia and the United Arab Emirates) along with the Pan Arab Bureau for Narcotics Affairs, the Gulf Cooperation Council and the Regional Intelligence Liaison Office for the Middle East participated in the meeting. The meeting aimed to raise awareness about the importance of strengthening border control and facilitating legitimate trade through correctly identifying and stopping high risk containers and cargo used for illicit trafficking; and further strengthening cooperation and coordination within and between the countries of the region in this area.

At a nodal point connecting Africa, Europe and Asia, the Middle East and North Africa region is characterized by a central location that offers the world a strategic maritime passage and air transit opportunity.

Sea and airports are expanding in terms of numbers and capacities. These strengthened licit trade channels are often exploited by criminal networks involved in illicit trafficking unless proper risk analysis of containers and cargo is carried out. The situation is further exacerbated by the prevailing insecurity in the region that makes it vulnerable to illicit trafficking, organized crime and terrorism.

CCP is currently operational in 28 countries around the world and has recently expanded its activities to cover air cargo. In the last ten years, this success has been translated into more than 126 metric tons (mt) of cocaine, 3,3 mt of heroin, 64 mt of cannabis, and 1,331 mt of precursor chemicals used to manufacture illicit drugs, as well as cigarettes, luxury cars, medicines, electronic waste, hazardous materials and wildlife.

Jordan is the first country in the Middle East and North Africa to join CCP through the establishment of a Customs/Police/Intelligence inter-agency unit in Aqaba. Since the unit became operational on 1 September 2015, important seizures of illicit drugs and counterfeit medicines and products have been made. Jordan will also start implementing Air Cargo segment of the CCP in 2016.

At the opening of the Regional Meeting, Mr. Atef El Seoudy, Director-General, Public Security Department of Jordan commended CCP efforts and expressed his pride that Jordan is a pioneer country in the region.

The meeting recommendations valued CCP and called on both UNODC and WCO to assist all countries of the region to strengthen their ports. As a result, several countries requested to join the Programme.