Launch of the INCB Annual Report 2014 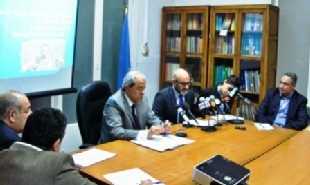 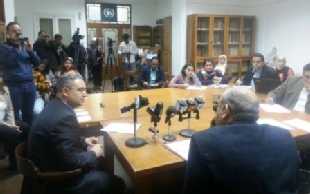 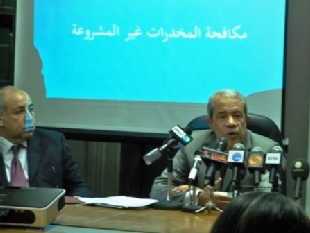 Some of the countries of the region continued throughout 2014 to witness political transition while others are still undergoing post-revolutionary state building.  This, combined with institutional  challenges  in these countries has left national borders vulnerable to transnational organised crime, including illicit drug trafficking.  The scope, volume, trends and implication of drug production, consumption and trafficking were addressed in the newly released  2014 Report of the International Narcotic Control Board (INCB).

In cooperation with the Egyptian Anti-Narcotics General Administration, and the United Nations Information Centre (UNIC) in Cairo, UNODC Regional Office for the Middle East and North Africa (ROMENA) launched the the 2014 INCB Annual Report on 3 March 2015 in a press conference held at UNIC premises.

The report was presented by General Ahmad Samak, INCB Board Member, who stressed the importance of pursuing a comprehensive, integrated and balanced approach to addressing the world drug problem.  Some challenges, such as  the political situation in this region and the decriminalisation of marijuana in some countries, have led to an increase in drug production and use, he stated.

Referring to the recommendations reached by the Report, General Samak called on all concerned to translate these recommendations into action and to contribute to raising awareness of the youth against drugs.

Mr. Masood  Karimipour, UNODC Regional Representative for the Middle East and North Africa, highlighted UNODC support to the region to fight transnational organised crime, including drug traffickers. He described the challenges of monitoring the region's vast desert borders using traditional methods and emphasised the need to adopt modern methods and tools. He provided examples, such as the Container Control Programme (CCP), and the Airport Communications Programme (AIRCOP), and the Afghan Opiate Trade programme.  These programmes help strengthen national capacities and improve regional and global cooperation.

Mr. Karimipour called for increased engagement with civil society, the youth and the media to raise awareness and to help save lives of those with addiction problems. He concluded by emphasising the need for a balanced approach, to both control supply and to reduce demand by adopting policies and practices that offer treatment, rehabilitation and reintegration of users.

Brigadier Helmy Abdel-Aziz, from the Egyptian Anti-Narcotic General Administration (ANGA) also presented the drug situation in Egypt and how has the security situation in neighbouring countries aggravated the problem.  Highlighting ANGA efforts in fighting drugs, he cited the numbers of seizures of various drugs .  Undoubtedly, the statistics provided were indicative of the huge efforts undertaken by the Egyptian Government at the national level as well as bilaterally with neighbouring countries.