One third of global drug users are women, Says the 2016 INCB Annual Report 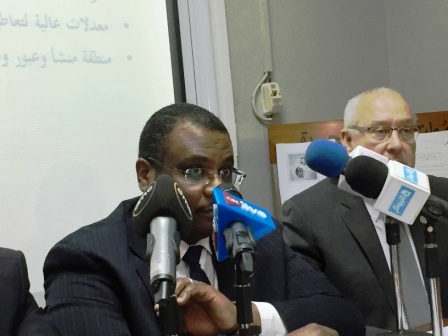 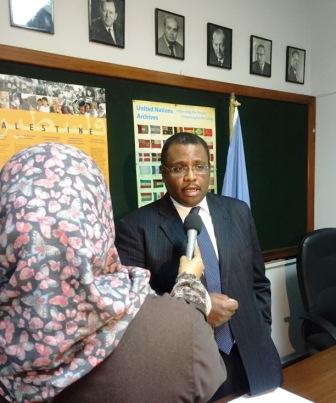 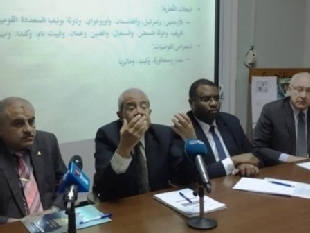 It is important that gender aspects be taken into account when examining the world's drug problem, for example in light of the fact that whereas one third of global drug users are women and girls, only one in five drug treatment recipients is female, and an increasing number of women are being arrested for drug-related crimes.  This as well as other facts were highlighted in the 2016 INCB Annual Report, launched on 2 March 2017 by UNODC Regional Office for the Middle East and North Africa and General Ahmed Samak, INCB Secretariat Board Member, in a press conference, in Cairo.

The 2016 INCB Annual Report was launched in cooperation with the Egyptian Anti-Narcotics General Administration and the United Nations Information Centre (UNIC).

In addition to its thematic focus on women and drugs, the report examined the functioning of the international drug control system and shed light on the drug situation in each region in the world. As far as the Middle East and North Africa region is concerned, the report stated that seizures of heroin in North Africa are limited.

In 2015, Egypt reported a decline of nearly 16 per cent in seizures of heroin, from 613 kg in 2014 to 516 kg in 2015. Authorities in Algeria and Morocco reported seizing moderate quantities of heroin in 2015: 2.6 kg and 4.5 kg, respectively. The abuse of tramadol, a synthetic opioid analgesic that is not subject to international control, continues to be a matter of concern for countries in Africa, in particular in North and West Africa. However, seizures of tramadol in Egypt continued to decline, from 145 million tablets in 2014 to 90 million tablets in 2015, following the bringing of tramadol under national control in 2013.

As for the Middle East countries, which fall under the geographic coverage of West Asia in the report, the continued armed conflicts are restricting the drug control efforts of authorities, particularly within Iraq, the Syrian Arab Republic and Yemen. Large-scale migration flows as well as increased drug abuse and trafficking in the region contribute to the challenge, while broader developmental and criminal justice challenges, such as corruption, terrorism and political instability, continue to hinder progress.

Counterfeit "captagon" tablets (containing amphetamine) continue to be widely available and used in the region: official reports of large-scale seizures of fake "captagon" tablets in Lebanon and Turkey substantiate media reports in recent years of record volumes of "captagon" flooding the region, especially the Middle East and Gulf subregions. However, reliable information to confirm the source of the chemicals and the synthesizing processes used in manufacturing "captagon" remains scarce.

INCB is the independent monitoring body for the implementation of the United Nations international drug control conventions. INCB publishes an annual report that provides a comprehensive survey of the drug control situation in various parts of the world. As an impartial body, INCB tries to identify and predict dangerous trends and suggests necessary measures to be taken.