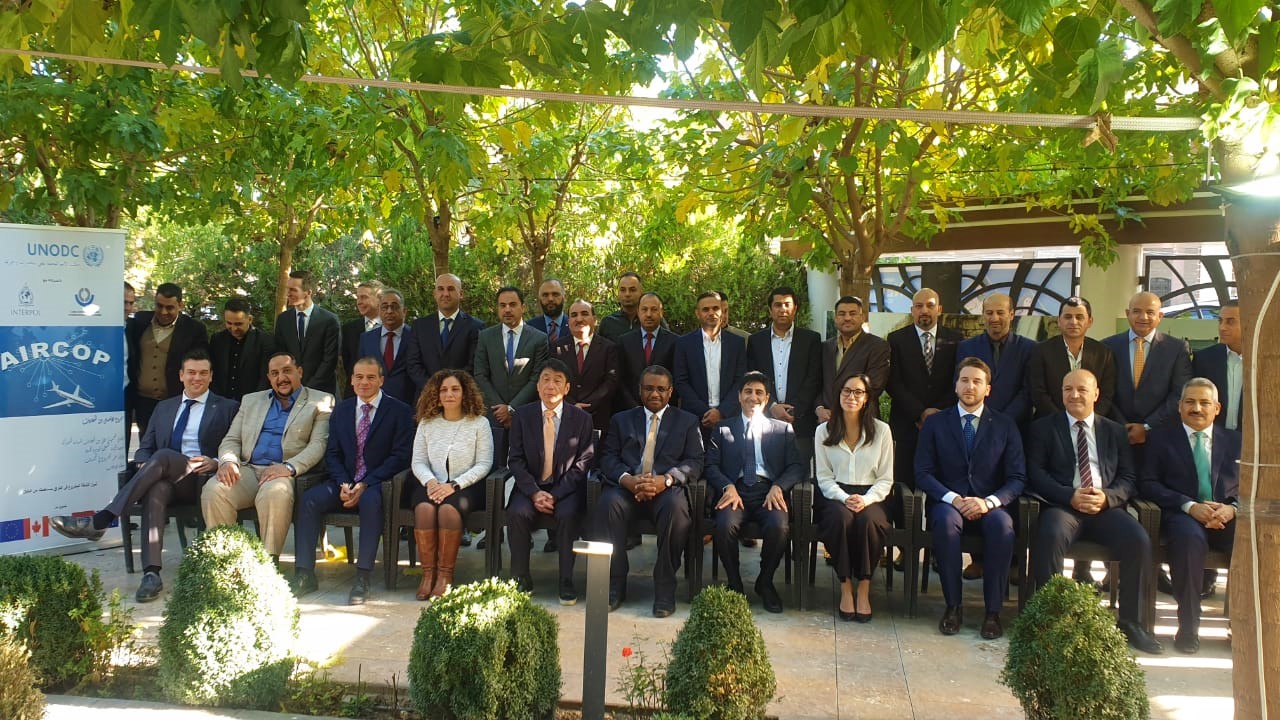 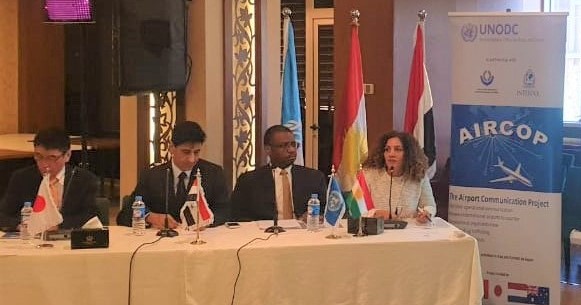 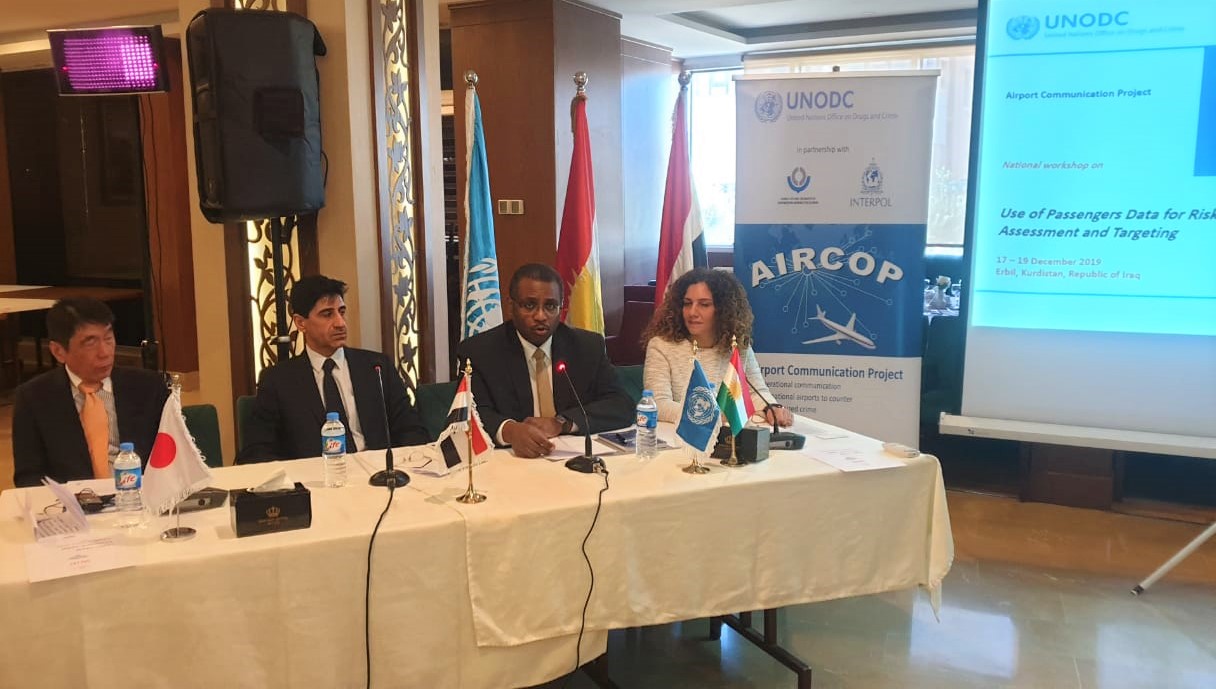 The Islamic State in Iraq and the Levant (ISIL) also known as Da'esh, has called on its supporters and affiliates to carry out attacks wherever they are located. Returning and relocating Foreign Terrorist Fighters (FTFs) have attempted, organized, planned, or participated in terrorist attacks in their countries of nationality or third countries, as acknowledged by Security Council Resolution 2396 (2017).

The UNODC-WCO-INTERPOL Airport Communication Project (AIRCOP) organized a national workshop on the use of passenger data for risk assessment and targeting. Thirty representatives from national agencies from the federal Government as well as from Kurdistan region, including the Ministry of Foreign Affairs, the Ministry of Interior, and the Ministry of Justice, the Intelligence Directorate, the Civil Aviation Authority, the National Security Advisory and Customs participated in the workshop, which took place in Erbil.

This event aimed at strengthening the capacity of relevant authorities in the Government of the Republic of Iraq to detect, intercept, monitor and investigate individuals involved in terrorism and serious crimes at airports. This workshop specifically contributed to raising the awareness of the Government and relevant stakeholders about the use of Advanced Passenger information (API) and Passenger Name Record (PNR) data for the risk assessment of passengers as well as evidence in post-seizure investigation and prosecution.

API information is collected from an individual's passport or other travel document upon check-in, often in an automated way (swiping or scan) and contains the passenger's biographic data as well as basic details on arrival and departure points, flight number and dates. API data are provided by airlines to State authorities upon departure and, upon receipt, can be checked against national watch lists, UN sanctions lists and international databases such as INTERPOL I-24/7 to detect wanted persons.

PNR data on the other hand contain broader reservation details collected during the booking of a flight ticket and check-in in particular. It may include a wide range of information, such as the names of the passenger, his/her travel dates, ticket information, contact details, travel agent, means of payment, seat number and baggage allowance information. The rich variety of data elements allows for the detection of criminals that are unknown to the authorities using risk indicators and profiles as well as for the identification of new trends or patterns that may be linked to illicit activity.

During the opening ceremony, Mr. Ali Elbereir, Head of UNODC Office in Iraq praised the efforts of the Iraqi Government in combatting terrorism and its willingness to cooperate with international organizations to counter organized crime.

Furthermore, Mr. Katsumi Moriyasu representing Japan as the donor for AIRCOP activities in Iraq expressed the value of this inter-agency workshop given the presence of law enforcement agents from multiple departments and governorates and reiterated the commitment of Japan in the global efforts to combat terrorism and organized crime.

AIRCOP, implemented by the United Nations Office on Drugs and Crime (UNODC) in partnership with INTERPOL and the World Customs Organization (WCO), aims at strengthening the capacities of international airports to detect and intercept drugs, other illicit goods and high-risk passengers (including FTFs), in origin, transit and destination countries. AIRCOP also promotes intelligence and information sharing between services at national and international level, as well as an intelligence-led approach to countering drug trafficking as well as other types of threats.